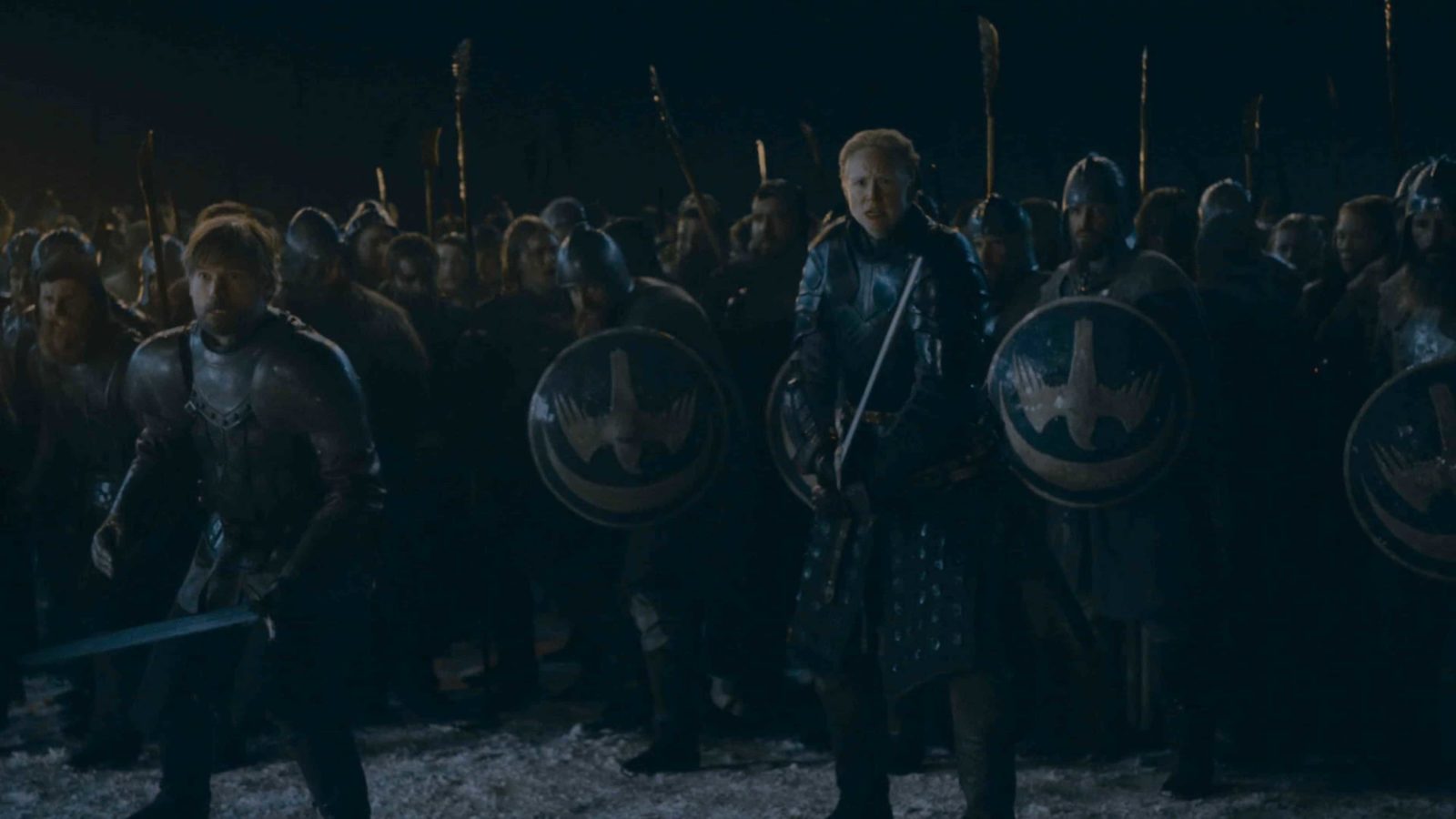 As everyone is now prepared for battle in season 3 episode 8 of Game of Thrones, not only Winter is Coming, but so is the Night King.

Last week’s episode of Game of Thrones gave us kernels of moments between our faves and now reality has hit that all good things must come to an end. Spoilers ahead…

Yet another leak happened this evening, this time leaked photos of the Battle of Winterfell emerged on the net. If you wanted a sneak peep of this great war, you certainly got it. Now let’s dive into one of the most epic battle episodes in the Game of Thrones series. 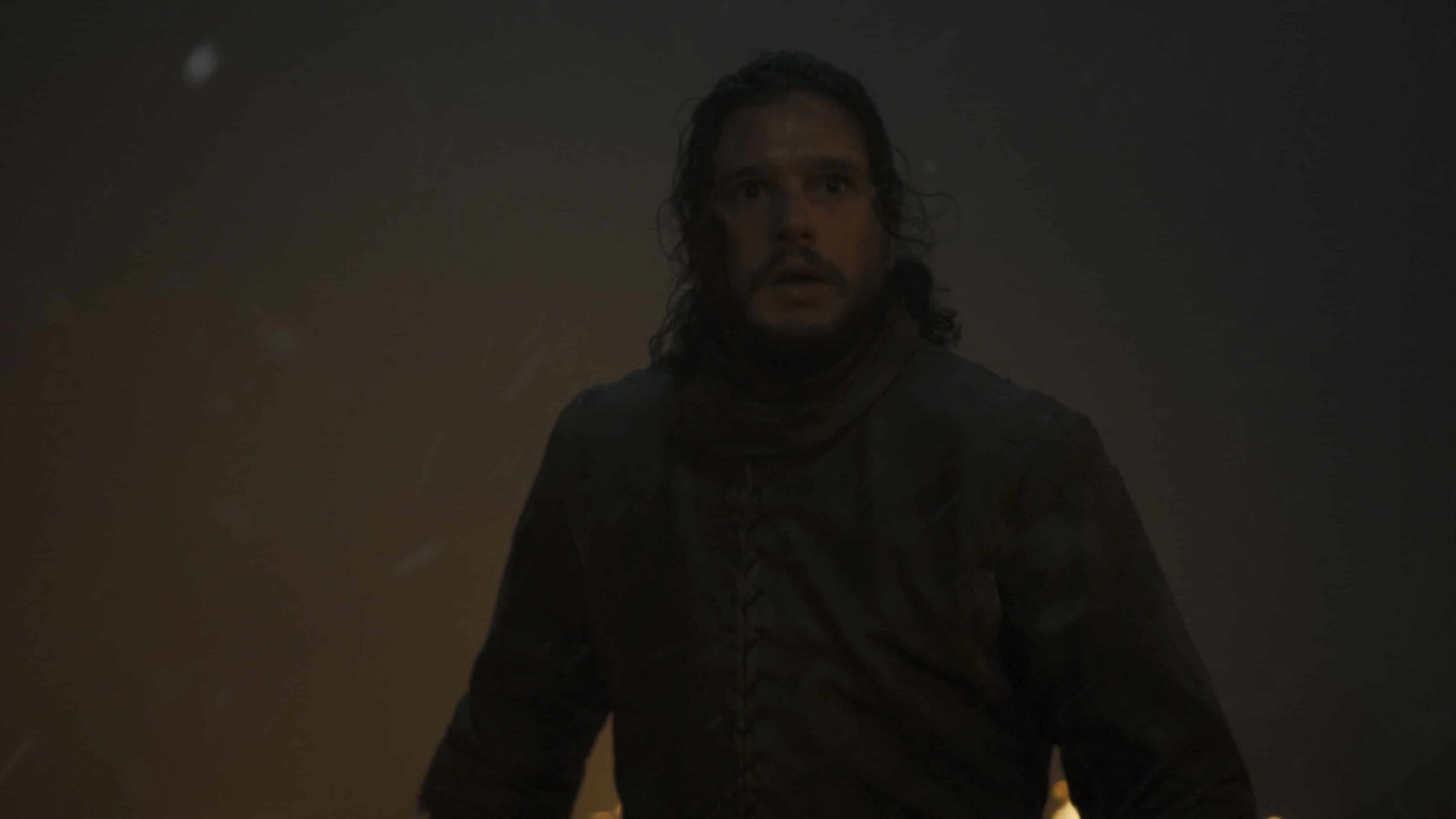 The entire episode was dedicated to the impending battle between the armies of Winterfell and the White Walkers. As Winterfell’s enemies descend on their territory, several Dothraki soldiers are killed and they are nearly annihilated. Luckily, Greyworm stayed behind and was safe from harm. However, we don’t quite know his fate, since he didn’t appear in the last scenes of the episode. Since we didn’t see him die, it’s safe to assume he survived the battle.

Melisandre makes her first appearance this season and ironically uses the same fire spell she used to kill young Shireen — an innocent and defenseless young girl — to save the lives of hundreds. She sets the swords of every soldier on the battlefield with flames of fire. As the theme of redemption lingers on from each episode this final season, Melisandre also pays penance to her past sins. However, her fire spell is still not enough to subdue the army of white walkers which have them all outnumbered.

Samwell Tarly tries his best to play a part in the battle, but is more of a liability than an actual warrior, getting himself nearly killed at every turn.  Unfortunately, his lack of experience and just simply being in the way, caused the death of Edd who risked his life to save Sam’s. 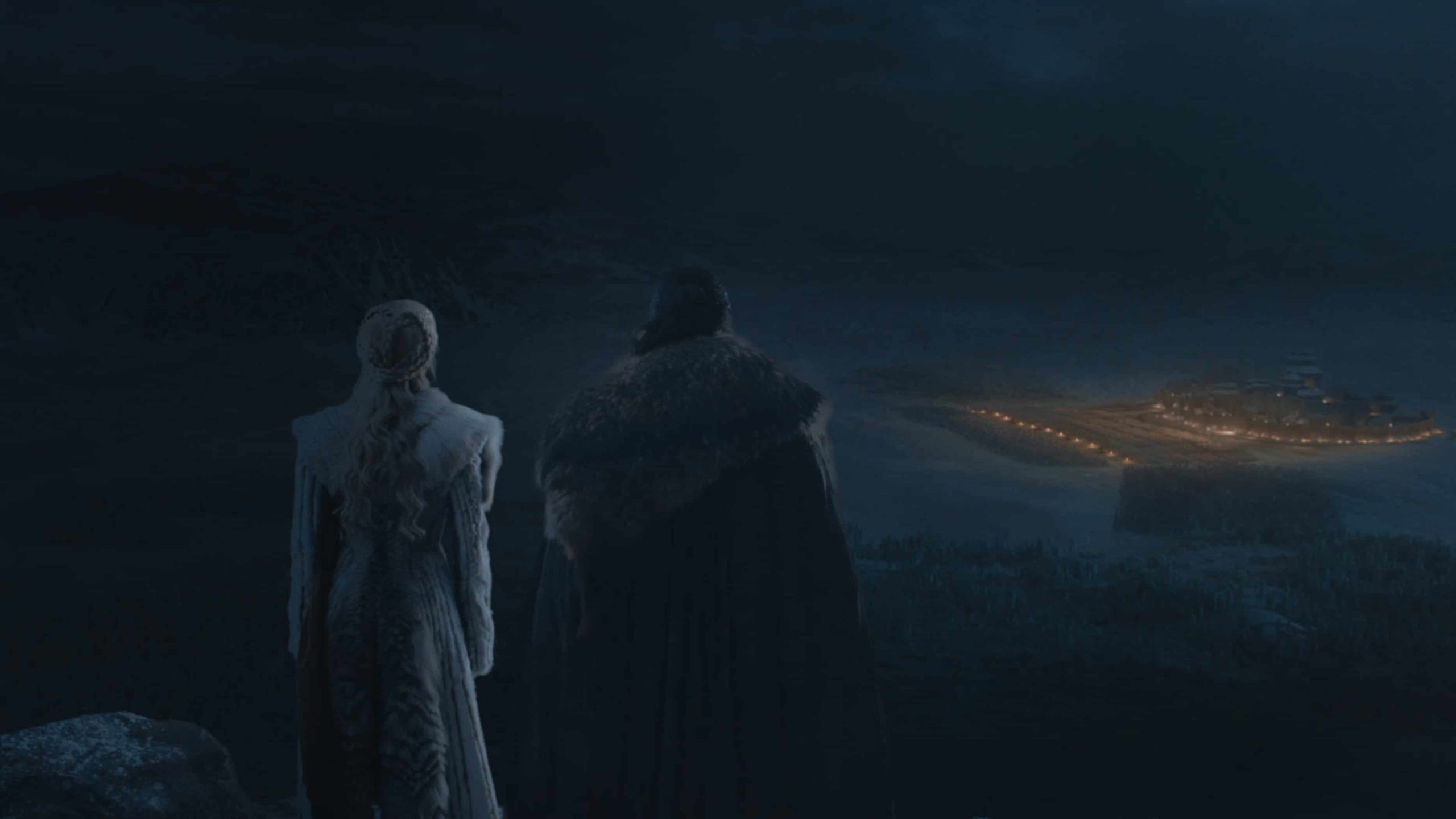 What is remarkable about this episode is that the women have full autonomy and take control as true warriors prepared to fight and destroy. Brienne of Tarth, who is now a knight of the seven kingdoms, fights aggressively, enduring several moments where she is nearly killed.  Thankfully, she survives this episode, but just barely.

Daenerys and Jon Snow look off into the distance as they see the chaos happening all around them, and each grabs a dragon to use as a weapon to fight. However, when Dany corners the Night King and yells “Dracarys” to him, expecting him to be extinguished, he emerges from the flames unharmed. This is now confirmation that the Night King too, is a Targaryen.

Sadly there were some deaths that occurred tonight. After Edd dies, Beric was also was killed sacrificing his life to save Arya’s. Then there was the most gangsta moment in the episode when Lyanna aka Lil Bear runs directly to the giant white walker, to which he picks her up and crushes her little body. Before she perishes, she manages to stab him in the eye which slays the giant and she dies a victorious death.

In the #ThronesYall recap of episode 2 of the BGNPodcast, I predicted that Theon Greyjoy would die tonight. The writing was on the wall since episode one and this season was Theon’s redemption tour. His debt was paid in death and it was a sacrificial one indeed. Bran’s last words to him were, “you’re a good man Theon”.

Jorah’s death was quite poetic because he died saving his one true love, his Queen Daenerys Targaryen. There’s a long history between these two and Jorah always was willing to risk everything he had for his queen, and he did so in death. With both Lyanna and Jorah gone, it’s safe to say this brings an end to House Mormont.

The Night King is finally defeated and it was a defeat that we didn’t see coming this soon. As the Night King approaches Bran, and Bran sits there unbothered and expecting that he will be protected, Arya descends onto the Night King and kills him instantly.

Melisandre foresaw her own death and tells us at the beginning of the episode of her impending demise. Her watch is now over, the Night King is dead, and her mission is complete. She takes off her necklace (which keeps her youthful and full of life) and slowly disintegrates as she walks off into the distance.

The haunting score filled with a compelling melancholic rhythm was perfect with the tone of this episode. This episode wrapped up beautifully some of the deceased character’s story arcs and now we anticipate what is to come next week.

Stay tuned for our breakdown of episode 3 of the #ThronesYall Recap Show this week and we will catch you next Sunday to live-tweet episode 4!