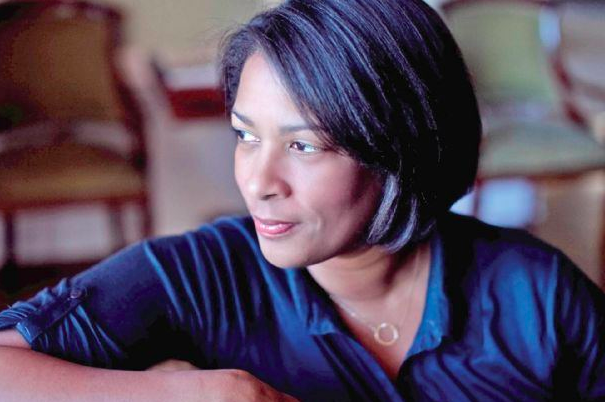 Dawn Porter has returned shortly after directing her critically-acclaimed intimate portrait of Congressman John Lewis in Good Trouble. Her latest documentary and official 2020 selection of the Telluride Film Festival and Toronto International Film Festival, The Way I See It, gives an unprecedented look behind the scenes of two of the most iconic presidents in American History, Barack Obama and Ronald Reagan, as seen through the eyes of renowned photographer Pete Souza.

As Official White House Photographer, Souza was an eyewitness to the unique and tremendous responsibilities of being the most powerful leaders in the world. The movie reveals how Souza transforms from a respected photojournalist to a searing commentator on the issues we face as a country and a people.

In a phone interview with Dawn Porter, BGN had the opportunity to speak to her about the making of The Way I See It and carrying on the legacy of some of the most prolific people in politics.

You were still in post-production on Good Trouble when this project landed in your lap. So, what led you to take this documentary on?

I really felt like this was a great film to move onto. Working on John Lewis’ movie — his whole life was about getting people to speak up. And then here comes this man who usually spoke with pictures, and now he’s speaking up. I definitely had nostalgia for a time when I believed in the president, so that was also quite attractive. I think a lot of my work is really examining this question of when do people feel compelled to take action. And this was another way of exploring that question.

The documentary does such an incredible job of telling Souza’s story through his photographs. Were you involved with the selection of which photographs would be used to tell his story?

Oh yeah. He has taken 2 million photographs during his time with President Obama, and he has kind of an easy rotation, like 50,000 pictures, so it was the first thing I wanted to do with my editor (Jessica Congdon, who just for context also edited Good Trouble) so we were both in the same headspace. We picked the themes that we wanted to emphasize because obviously there are so many pictures you could do with so many different projects.

Character, leadership, family, seriousness of purpose, international relations: we started with those themes, and then everybody got to pick their favorite images. And then, we went on from there. I think we set a lump sum of 400 or 450 pictures and sent them to Pete and asked him for his favorites. And he pointed to some others. Thankfully for us he has a really good memory, and he would say, “Oh, he was like this — you should look at this picture.”

When I was reading up on the backstory of how this film came together, I understood that this documentary had to be made before the 2020 election. Can you explain why that was important for you and your team?

We all felt that was another reason why if we’re going to do it, we’re going to do it right now it was really important to Pete. He really felt like he wanted people to see and to remember what good leadership looks like before they come to vote. And the producers and I all felt the same way. We felt like we could do it — we felt like there was a very urgent story for now. You only hope your film will stand the test of time. But for this particular film, there’s a dual purpose. It’s to speak to people in this moment about what path we are going to take forward as a country, and then it is also to remind people forever about what the presidency means in America. What, when you cast your vote, are you actually voting for and what the stakes are.

We do see moments of John Lewis featured in the documentary —

Yes! I remember the last time that we spoke, he was still battling cancer, and he’s since now passed away. How important was it for you to have him and his legacy, be included in this documentary?

It was definitely important both to me and Jessica, my editor, but I think it was also important to Pete. When the congressman was diagnosed, I got this text from Pete [Souza], and he was like, “What’s your address?” This was way back before pandemic. In the mail, a beautiful fine print of President Obama hugging John Lewis arrived, which took my breath away a little bit. John Lewis’s legacy and what he stood for is so much of what’s right with our American political system. And I think what Pete is saying through this program is also pointing to what’s right and what’s necessary.

What do you hope audiences will take away from this film?

I hope that they will take pride in our first and hopefully not our last Black president being a person of character intellect and compassion. Which is not to say that President Obama is perfect — nobody’s perfect. But I am proud of the example that he’s set at home and in the world for our country. I hope people will just really think about what is good for the future, not just for themselves, but for our collective country. I hope that they will pay attention.

Focus Features and MSNBC Films will release The Way I See It on Friday, September 18, 2020, in theaters domestically and then premiering on MSNBC on Friday, October 9, 2020, at 10:00pm EDT.