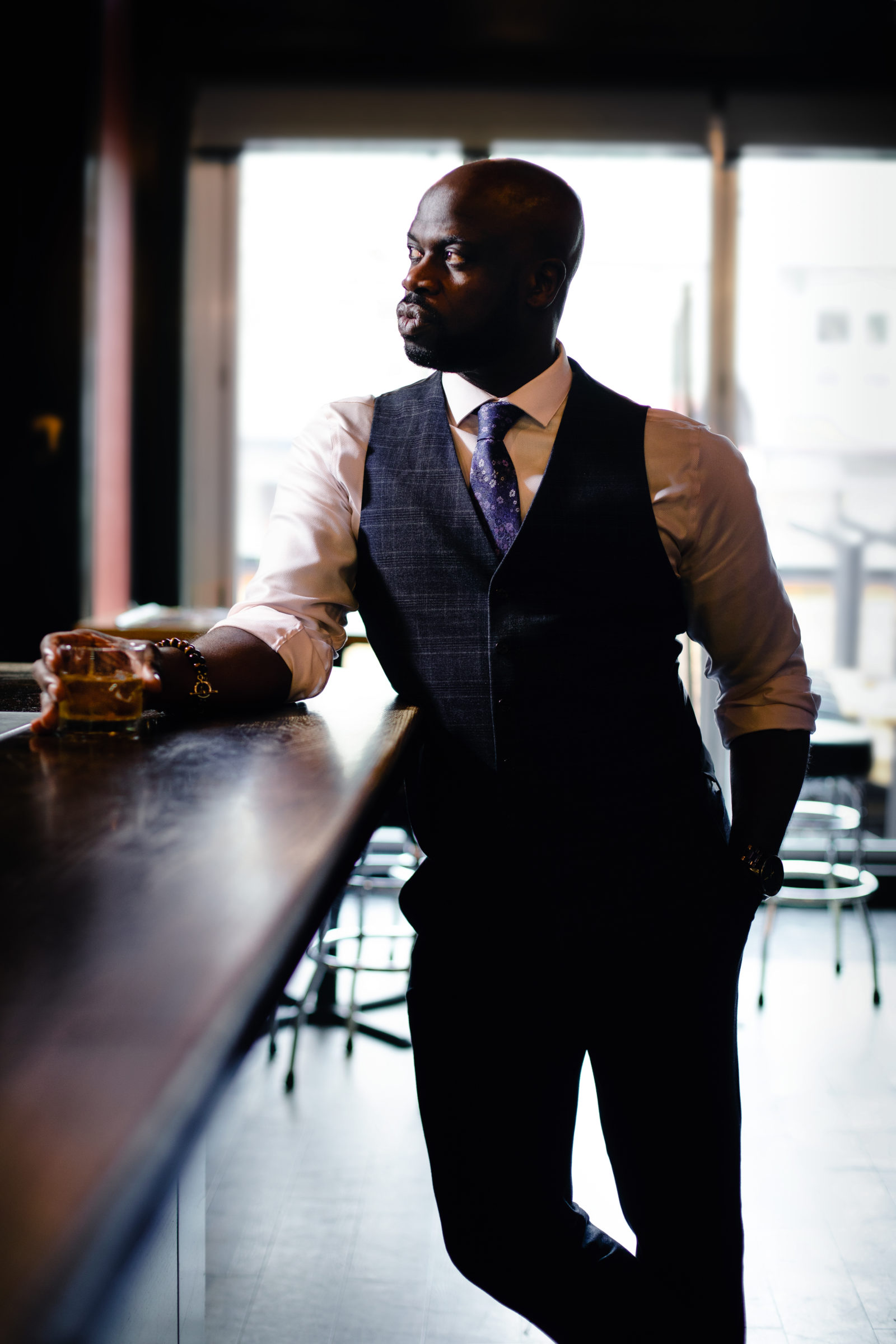 Garfield Wilson is one of the most versatile actors working today. Born in Surrey, England, the middle child of Jamaican parents, Wilson immigrated with his family to Canada when he was six years old. His first love was music. He was a part of a funk band in his hometown, Edmonton, Alberta. In his 20+ years working in more films and TV roles than you can count, including The Astronauts (directed by Star Trek franchise veteran Jonathan Frakes) and Dean Israelie, TNT’s Snowpiercer, and J.J. Abrams’s Almost Human. BGN spoke with Garfield Wilson about resilience and his recent role in Apple TV+’s musical comedy series Schmigadoon!

Your list of credits is impressive! Playing so many diverse television roles takes determination and patience.

Patience is a very good word to describe my journey. I’ve been blessed with an amazing team focused on attracting diverse projects. It’s really easy for actors to get locked into specific characters. I had really clear discussions with my agent when I was doing my day job as a personal trainer training her. During her sessions, we had organic conversations about the roles that I wanted to delve into. And she just threw me into auditions where, as far as being “on paper,” casting directors wouldn’t normally think of me playing, and I just started booking roles.

So tell me that story. You were a personal trainer, and…

I’ve owned and operated my personal training company, Forward Fitness Inc., for over 15 years. I have had wonderful relationships along the way. I met my present agent doing personal training. I said good-bye to acting for about 10 years and did personal training full time. I was chosen to be one of the trainers on this docu series called, Village on a Diet, which was Canada’s version of The Biggest Loser. I looked at the contract for that project and knew I needed someone to look at it for me. I asked my client (who was an agent), and she said yes, not realizing I was a former actor. Once she found out I was, she asked me to just send a resume. When she saw my resume with all these credits, she was like, “Wait a minute. You’re an actor!” She sent me to auditions and helped me book a pivotal role on a Fox series Almost Human, where I ended up becoming a series regular.

Most folks get rusty if not called in on auditions consistently.

Do you think the comfort you feel now when auditioning comes with life experience?

It took me a long time to occupy the space of being in my truth and knowing that whatever comes to me is meant for me and that which passes over me was not made for me. This has been proven time and time again, especially for the roles that I thought that I was really going to get. This philosophy freed up time for me to audition for projects that I wasn’t even thinking about or didn’t know the scope of that role. And when I book, it’s always a gift. I never think of any role as being my “overnight success” project. It’s all about the small incremental steps and who I am as an artist and who I am as a person. Who I am in my truth is the product of my life thus far.

What are the differences between working in musical theater and musicals on film? And which do you prefer?

Schmigadoon! was such a magical experience just because of being in the company of all of that all-star cast, Barry Sonnenfeld, and Cinco Paul, who was very hands on and very much a presence on set, and just a beautiful human being. And then juxtaposition to that, about eight years earlier, being in a cast for the production of Dreamgirls. Oh my gosh, that was a life-changing part of my journey as well. Then, being in a production of Jesus Christ Superstar playing Judas, which, I grew up like, at, 12 years old watching that movie on television and just being riveted by the artistry and the voices, and also being in a spiritual family, watching that story unfold in a musical fashion. I have to say I love them both. The process of filming a musical is more of hitting those scenes and hitting those numbers and doing them over and over and over again. Musical theater embarks on a chronological journey from the beginning, feeling that emotional journey seamlessly. I really love that genre; it’s just part of who I am.

I sort of happened onto musical theater. I went to college for the music program, and majored in voice and had piano and other musical theater musical history. Because of the organic culture of that school, you do your juries with the Musical Theater and Dance departments and create this cohesive unit. That’s how I learned to speak in that language with other musicians and other artists. A stage manager saw me performing with my band and asked me to audition for Jesus Christ Superstar. I never thought of specifically aiming to be in musical theater but when I did musicals, being so outside my comfort zone, they were all life lessons. I’ve done a lot of dance, but I’m not a dancer. So to be in Dreamgirls…I’ve never been that tired in all of my life! The language of “5, 6, 7, 8” as opposed to “one-two-three-four” is completely different. Learning a pirouette took me two weeks.

Good thing you’re a personal trainer. What are the three main aspects of your personal embodiment practice for mental and physical health?

Well, I feel fortunate that in my late 20s, early 30s, I embarked on a personal training career because it gave me the education and enlightenment to understand and to be fascinated by the human body. I understand what it means to have true health and wellness holistically, mind, body, and spirit. That’s a trifecta for a wonderful quality of life. I have regular training sessions that are scheduled into my week. Because my weeks are so busy, I’m very fortunate to have someone that helps me with my food prep. The amount of money that I would pay to go grocery shopping and cooking, I can invest in having somebody prepare my meals for me for the week. And then I try to get as much sleep as I possibly can. I’m a world champion napper. Sleep, activity, and nutrition.