You got caught up in nostalgia, started watching the Roseanne reboot, and now it’s canceled because of blatant racism? We at Black Girl Nerds have decided to help you support TV shows about working-class families who’s cast isn’t problematic. 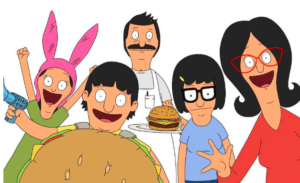 The Belchers are the cutest most wholesome family and since Brooklyn 99 has moved to NBC, Bob’s Burgers is the only good thing on Fox. Bob and Linda own their own small business (a burger joint) and are constantly trying to stay afloat, all while raising three kids. Bob’s Burgers is currently streaming on Hulu, so you can catch up before the next season. 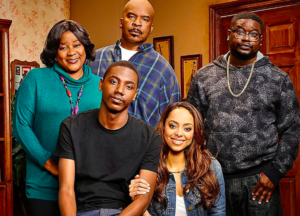 The Carmichaels were probably one of the most argumentative families on TV. In the three seasons that this show was on the air, it was never really clear what anyone’s job was except for Maxine, who coincidently was the only one not from a working-class family. The rest of the Carmichaels are very clear about their working-class struggles and at some point Joe even supports Trump. The Carmichael Show is streaming on Hulu. 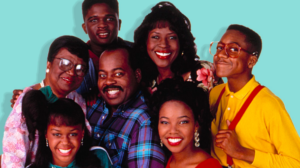 Before Jaleel White took the show and jumped the shark, Family Matters was a show about a police officer and his blended family; as his mother, sister, nephew and his immediate family lived in the same house. Episodes are streaming on Hulu. 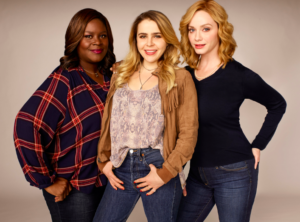 Good Girls, which premiered on NBC in February, captures the financial anxiety that comes with being a working-class American. The show also reflects on the importance of family and the different ways that can be represented. Good Girls hasn’t been promoted the way it should, but NBC did renew it for a second season, and episodes are streaming on Hulu.

Good Times is a staple in Black households, shining a light on the importance of love and family when things are hard. Despite struggling every day to get by, Florence and James Evans try their best to survive and make the best of things. Episodes are streaming on Amazon. 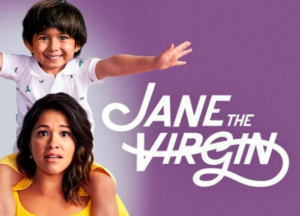 YES, I am aware that half the cast of this show lives in the lap of luxury. But the Villanueva women have pulled themselves up from humble beginnings and are trying to make something of themselves despite the telenovela-esque hardship they have faced for five seasons. Episodes are streaming on Netflix and The CW app. 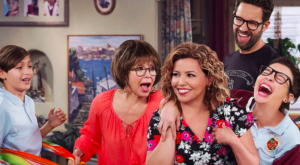 One Day at a Time

If you love West Side Story, the original One Day at a Time show, or a story about a single mother of two who lives with her mother and also is an Army Vet, then this show is perfect for you. One Day At A Time tackles real-life issues amongst this working-class family all while slowly tricking you to love and care for each character like their your own family. This show is streaming on Netflix. 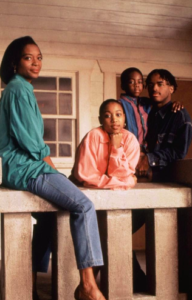 South Central was a short-lived show on Fox about a single mother raising her kids in South Central LA in the 90s. Thought just one season, it gains notoriety in that it starred a lot of your favs including Jennifer Lopez, Larenz Tate, and Tina Lifford – to name a few. I’m not sure where to find the show besides YouTube. 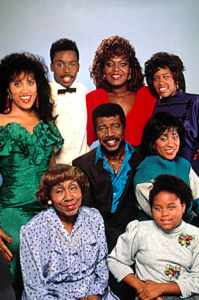 227 truly embraces the idea of found family. The show about the ins and out of an apartment building in NYC takes a look at the residents of 227 and how they interact and care for each other while trying to survive as working-class people. The series is available on Crackle.