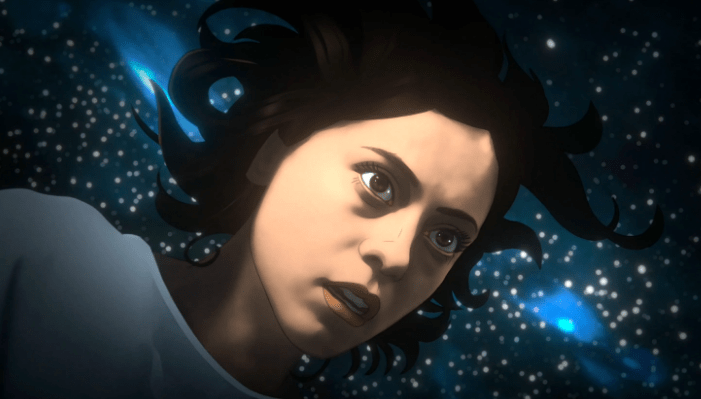 Undone is an experimental and complex adult animated comedy-drama series that dives into mental health, Indigenous cultures, and metaphysics. With the connection to Indigenous cultures being at the forefront of this program, it promotes a more nuanced view in which to captivate and entertain its audience.

The main character goes through a journey of self-discovery and finds a new connection with time. Through this, she is able to gain a better understanding of her reality and events that took place. Additionally, as the title suggests, what she comes to know and the actions she and others have done are also able to be undone.

This series has more questions than answers and ultimately leaves the viewer wondering if Alma is actually seeing her dead father or if there is an underlying reason for her visions. Undone creates a world where time is able to be manipulated by her, yet others are unaware of this time change, which leads to the question, is the main protagonist reliable in her accounts? The main character attempts to understand herself, the world around her, and her connection to her heritage all while trying to figure out what is happening to her.

The entire series is created by using rotoscoping, in which animation is traced over live action footage. This method allows for the actor’s smallest expressions to be seen as full as possible on screen. This kind of animated creation makes for an attention-grabbing series that is hard to match.

It is no wonder that this conception has been developed by Raphael Matthew Bob-Waksberg, who is probably best known for his hit show BoJack Horseman, as well as Tuca & Bertie. With the help of his co-creator Kate Purdy, Undone is distinctive from other shows. Together they have produced a work that feels and looks original. From the soft-toned jokes to the hard-dramatic arguments between the characters, each scene is used to make you question the reliability of the principal character.

The web series begins by granting the viewer a look into the mundane life of the ordinary protagonist, Alma Winograd-Diaz (Rose Salazar). She wakes up next to the same person every day, eats the same breakfast, and has a basic routine that she follows day in and day out. At 28 years old, Alma feels her life has hit the pinnacle. Her life begins to change when she, for a moment, sees her dead dad on the street, which causes her to be involved in a devastating car accident.

Jacob Winograd (Bod Odenkirk) her father, appears to her at a time where her life seems so out of place. It is at this time that Alma’s understanding of time and reality slowly starts to unravel as she becomes more aware of her father’s past experiments. As she gains a better understanding of who her father was when he was alive, her visions of him and conversations become ever deeper.

Jacob has come back to help her master her new abilities with time in order to save him from dying. The series is never unambiguously clear if she is controlling time or if Alma is experiencing schizophrenia, which her family has a history of. The veil becomes ever so slightly lifted occasionally only to show us that Alma herself becomes uncertain as to which reality is real.

Alma’s multidimensional nature extends beyond just her abilities to live inside and outside of time. Her gift also grants her the ability to escape any uncomfortable situation — an ability, especially in 2020, that many wish they had. Given the strained relationship she has with her family, it is understandable why she feels as broken as she does.

Alma wears a hearing aid, and she is able to put it on when she is ready to listen and take it off when she has had enough. This implant metaphorically and physically allows her to exist in two planes, the land of the hearing and the land of the deaf.

Alma by her very nature is a duplicitous character. She exists in both the physical world and in the metaphysical; she is both in a relationship and outside of it; she can hear and not hear. She straddles a fine line between two worlds. Ultimately the series leaves you wondering if any of her accounts are accurate.

Alma discovers her roots through dance and festival performances. Her lineage becomes a focus point for discovery and understanding. The show asks some intensely profound questions about life, death, and happiness. All the questions help to round out the understanding of why Alma feels she is a broken person. Unable to be happy, she tries to find solutions to a mystery that haunts her.

She finds little solace in her authoritative mother, Camila Diaz (Constance Marie). Camila tries her best to be the strong mother figure her daughters need, but often falls short of perfection. Becca Winograd-Diaz (Angelique Cabral) is the happy-go-lucky sister filled with doubt about her marriage. Sam (Siddharth Dhananjay), Alma’s boyfriend, tries to be understanding, but ultimately doesn’t believe Alma has the abilities she thinks she does.

The aspect that truly works in the series is the creation of a character who is relatable yet unapproachable. The show creates a mystery that seems straightforward but gets more complicated as the story progresses. The viewer sees the world through someone who is experiencing it while managing at the same time to be unreliable.

Undone makes you question all that you think you know about the idea of time. The series allows the audience to entertain two possible realities: Does Alma truly have a relationship with time, or is she simply suffering from a mental disorder?

The animated Undone show is superb. It is one of the few times that a show genuinely gives homage to Latin American cultures, and it does so with painstaking attention to detail. The show’s emphasis on mental health, Latin culture, and a philosophical approach to time works in its favor.

This show is now available to steam on Amazon Prime.