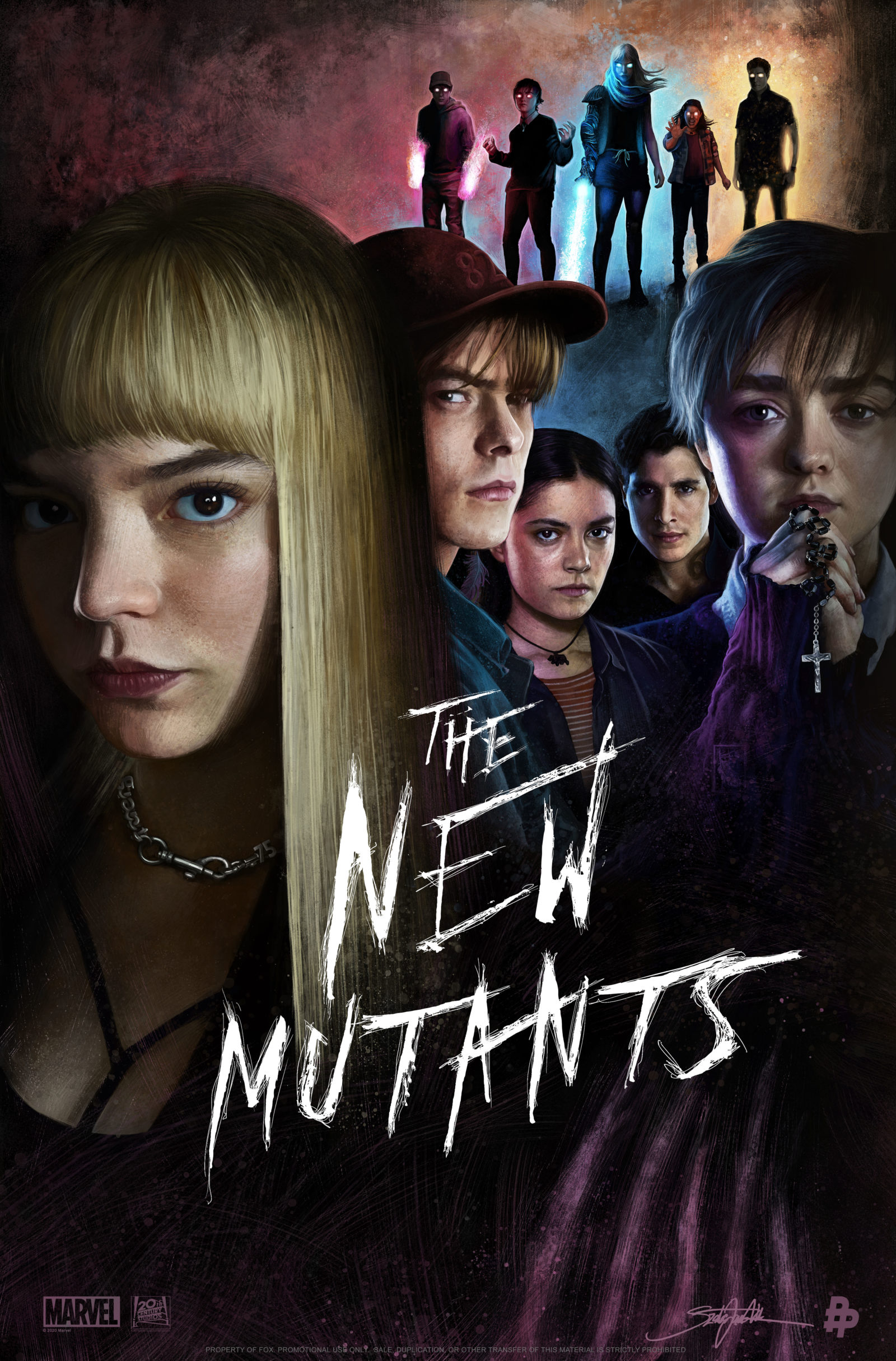 The panel started off light and playful as Madison showed the cast cute character emojis for each cast member. Williams was eager to express that her emoji had cute wolf ears as everyone laughed. They proceeded to look at some impressive fan art that had the cast feeling appreciative and blown away.

After some fun filled Q&A, the panel treated fans to never-before-seen footage from The New Mutants. Before the footage played, they took a playful spin on emphasizing how many times the film’s release has been postponed, even prior to the pandemic. With the current pandemic, many have assumed that the film is nowhere near release, but the panel announced that the film will premiere in theaters next month.

The previous release dates have pulled vanishing acts so often that audiences have developed more than a few trust issues. Those following the film have been trailing along for 7 years.

The film was started in 2014, as it was announced, and audiences began eagerly keeping an eye out for updates. By 2015, the script was supposedly being written by Boone and Lee with early concepts being presented to the public.

In 2016, they continued to write the script while also developing casting ideas and meeting with potential cast members, like Maisie Williams. It seemed that the ball was rolling.

However, it was in 2016 that the first layer of delays occurred. The script was rewritten, and there was an enormous lull in casting.

2017 did prove to be hopeful though, when the film moved into pre-production and viewers were finally getting more insight into the film. Yet, there were still many changes that were needed. The directors originally wanted the movie to be rated R to make it into a truly haunting and gory movie, but the pressure to maintain its young adult audience was deemed more important. Thus, it wound up with a PG-13 rating.

The script was torn apart and put together so many times that it probably has more trauma than the young mutants it features.

Following the terrible reviews of X-Men: Dark Phoenix, The New Mutants script saw even more modifications as directors struggled to make it scarier without losing its PG-13 rating. More time and money went into the production while there was little to show for it.

The movie was supposed to go through reshoots in 2018 to finally prepare it for release, but more setbacks followed. One of the biggest setbacks being, the merger between Disney and 21st Century Fox. There were so many adjustments going on at that point, the film was not able to be cared for while the larger business logistics were being handled.

After becoming in charge, Disney announced new delays to the film in 2019. With the advent of Disney+, many people began assuming the film would be released for streaming instead of in movie theaters.

The reshoots never happened as the film tried to progress in 2020. It received a new release date after having three previous ones.

The pandemic seems to have been final straw for this movie’s continual struggles to reach audiences.

However, yesterday, during the Comic-Con@Home panel, the cast made a huge announcement. The new footage shared a new release date for this year.

After smiling and laughing with the cast’s witty banter and nerding out over the new footage, the screen showed the release date, “August 28, 2020—fingers crossed,” and suddenly many fans weren’t laughing anymore.

The footage makes light humor of the situation by sharing remarks from fans about how long they’ve been waiting for the film to release. Some comments read, “glad to know The New Mutants will be available for my grandkids when they have their own kids” and “I couldn’t even vote when this trailer came out. Now, I’m 40 and balding.”

They seemed funny in the beginning, but this seems like it will be a definite reality for most people who continue to wait for this film.

The announcement to release the film in theaters next month as there are more COVID-19 outbreaks in the United States feels like some kind of sick joke to both fans and cast members.

Whether the film comes to theaters much later or goes to streaming, one thing is certain, it is very unlikely that theaters will be open next month for people to see the film.

Many fans were praying for the panel to bring hope and hype for the film. It felt like a sign that things were back on track, but these unrealistic release dates are getting old at this point, and fans aren’t getting any younger.

Many audiences are either disheartened or over it. It seems that the panel’s announcement was premature; even if select theaters do somehow open up, seating will be very limited. There may even be certain cities that op-out due to more social distancing restrictions. If people can’t even sit in restaurants, it seems very unlikely they’ll be able to sit in theaters for hours.

While the August release is looking rather dismal, the panelist did offer people the hashtags #NewMutantsComicConAtHome and #NewMutantsScreeningSweepstakes for a chance to be selected for a private advance screening in the recipient’s hometown. This will be great for the winner but will unfortunately leave everyone else out to dry once again.