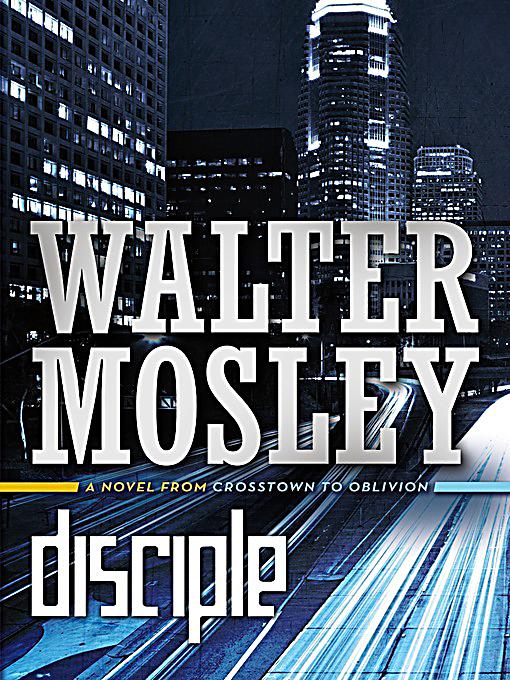 Though the title, Disciple, may lead you to expect a religious theme, it is more of a Greek tragedy but with an unlikely hero. As any tragic protagonist, he will fight against fate and try to trick it. There are superior powers, superior beings, but it is the fate of humanity that hangs in the balance.

The novella is very much a story of our times: the background of terrorism and nuclear powers are used effectively to move the story forward. But there’s also the sense of humanity as a plague that destroys the world around itself. Even if it’s not a new theme in sci-fi, it is used here to interrogate our worth in this universe with quite a bleak take on a possible answer.

Hogarth is a great unlikely hero. He sounds incredibly real. He is the man you’ll never glance at; he’s the man you slightly feel contemptuous about at work. He may even be you. He lives without any drive until Bron arrives in his life. From here (because Hogarth is such a realistic character), it becomes gripping to see how this very ordinary man will face revelations about the universe and how he will handle what he is told to do.
The female characters are all secondary characters, and it is also very striking how they, just as Hogarth as a fat black man, are victims of a system and a society. None of them really become empowered, and any shred of power or any opportunity they have is given by someone else.

Disciple is quite an interesting take on a very old ethical dilemma. Its strength isn’t in any literary tour de force as I wouldn’t qualify the writing as gorgeous or striking. In the beginning, a couple of awkward descriptions of technology actually made me think it had been written more than three decades ago! But those are just details because Mosley’s writing conveys with strength and undeniable skill a gripping story and leaves you pretty stunned.

Don’t let yourself be fooled by the cover: it is a novella, 77 pages on my e-reader. It may be a short sci-fi story, but oh my! Is it striking!

I read Disciple in a couple of hours, until much later than intended actually, so gripped was I by the unfolding of this story. Don’t expect something incredibly original, but expect a story told by a master storyteller with a keen eye for depicting humanity and its frailty and faults.