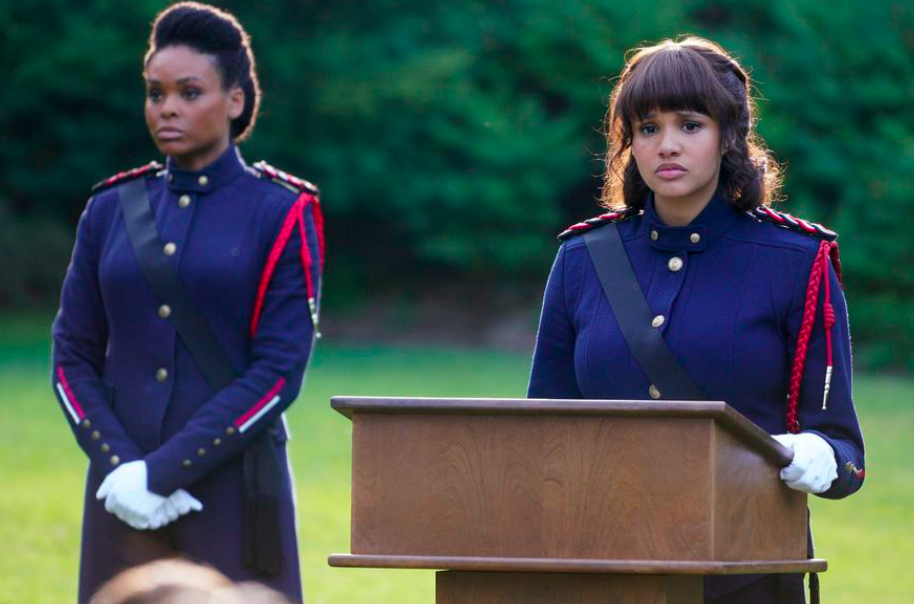 We’re excited to bring you an exclusive clip from Freeform’s Motherland: Fort Salem.

The following clip shows when the Unit explains to Petra what happened in last week’s episode Citydrop.  Alder knew that there were civilian hostages, and told the military to strike anyway,  and they also inform Petra that the source for the Spree hideout was Scylla, who is being held in custody on base.

You can catch Motherland: Fort Salem on Wednesdays at 9 p.m., only on Freeform.