If you have a taste for thrillers, the critically acclaimed film What Death Leaves Behind may be worth your time.

This film starring, Christopher Mann (House of Cards/The Wire), Kelly Dowdle (Scandal/American Crime Story) and Vincent Young (NCIS/Escape Plan 2), is about a kidney transplant recipient, Jake Warren who experience a plague of nightmares he believes to be visions of his donor’s violent murder, sending him on a dark path of vengeance and search for truth.

If you’re planning to attend the 2019 Sundance Film Festival, the African American Women In Cinema (AAWIC) invites you to screening and reception for the film.  See the digital flyer below: 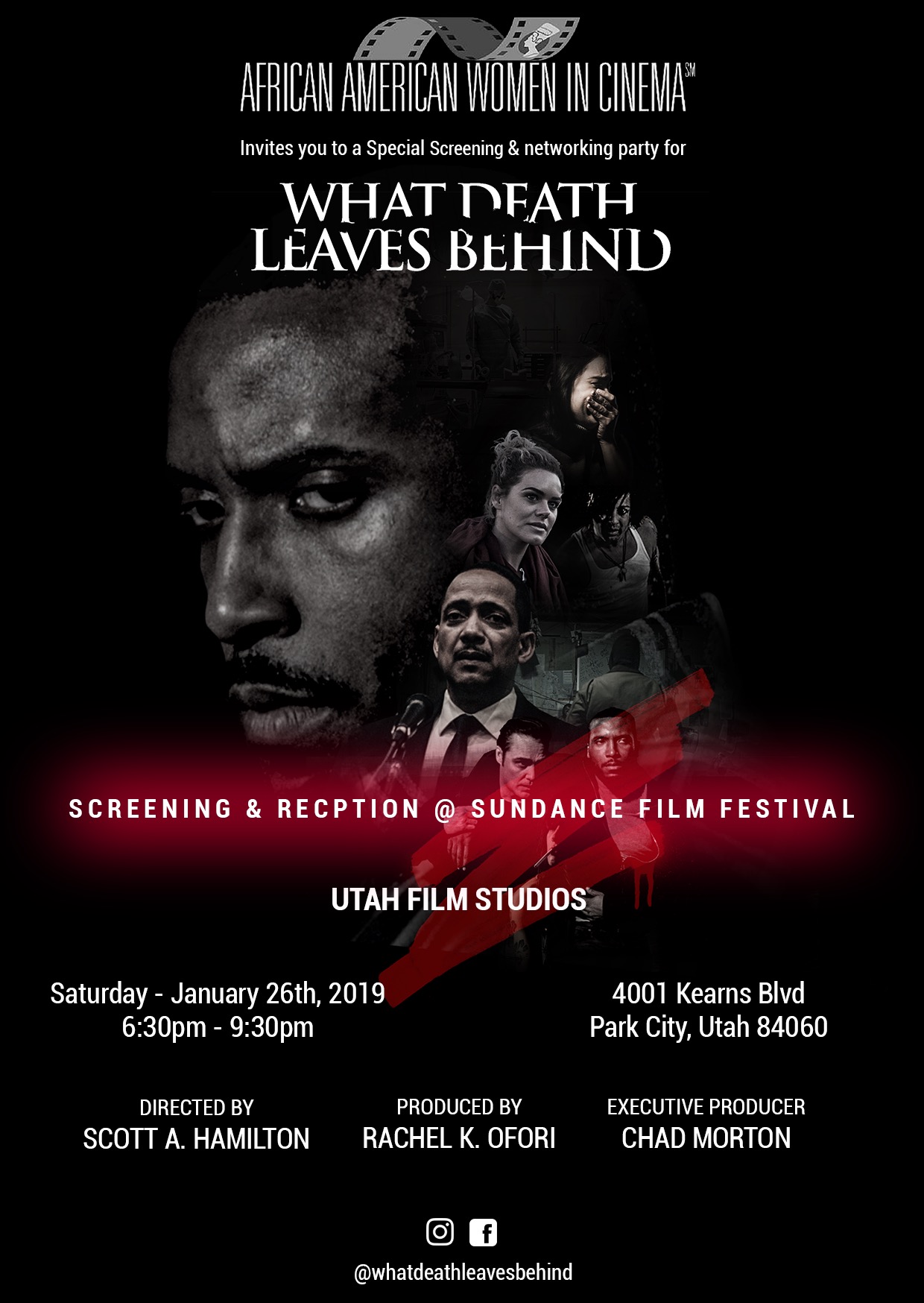 AAWIC’s mission is to expand, explore and create business opportunities for minority women filmmakers throughout the entertainment industry. It is the goal of AAWIC to give artistic women a path to fulfilling their dreams by showcasing their talents, exposure to peers’ interaction and mentoring by established industry professionals.