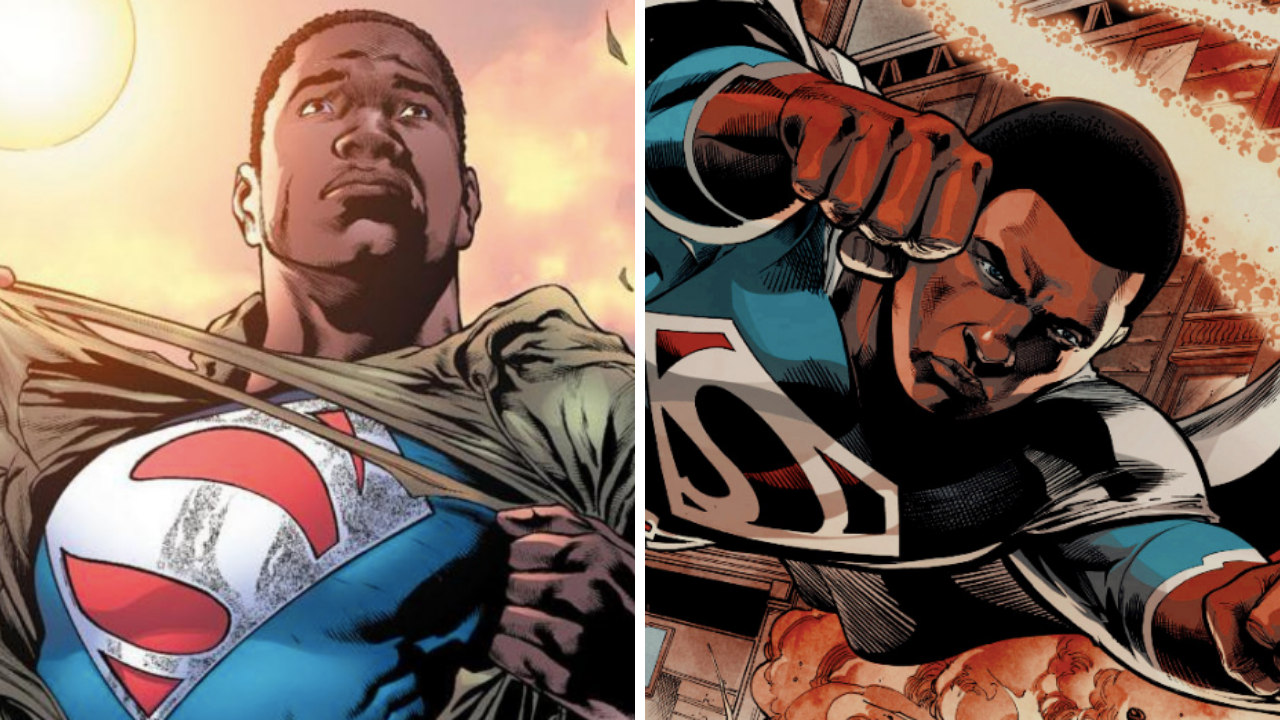 This past year, it was announced from Warner Bros that Clark Kent’s Superman, a canonically white character in DC comics, is now going to be Black. DC and Warner Bros are in search of a Black director to helm the film — the script is currently being penned by cultural critic Ta-Nehisi Coates and produced by J.J. Abrams under his Bad Robot label. The irony here is that DC and Warner Bros, according to The Hollywood Reporter, elected to go with a Black director as opposed to Abrams directing because they thought his direction would be “tone-deaf”. What is tone-deaf here is racebending a white character and erasing Black characters that already exist in the DC universe under the Superman banner — Calvin Ellis and Val Zod.

It is important for Black people to see themselves reflected, especially characters as significant as Calvin Ellis and Val Zod.  In fact, actor/producer Michael B. Jordan echoed similar sentiments about representation on screen. During a press tour while promoting the film Without Remorse he said the following to The Hollywood Reporter: “It’s important for people to see themselves in roles that they normally wouldn’t see,” says Jordan. “What that does to the next generation, to a kid or somebody that didn’t think that is something that they could achieve — now they’re thinking about it and daydreaming about it.”

Jordan, however, according to reports, has close ties to the Superman project. He worked on developing a Superman film with Warner Bros back in 2019. However, in April 2021, he went on the record to shoot down the rumors that he was joining Abrams’s project saying, “I’m flattered that people have me in that conversation. It’s definitely a compliment, but I’m just watching on this one.” While he didn’t specify why, sources say that Jordan has not wanted to engage in conversations about racebending Kal-El for the same reasons many of the fans are pushing back on the current Warner Bros re-imagined version of Clark Kent, but that he would be interested in engaging on a Black Superman project centering on the Val-Zod storyline.

It’s smart of Jordan to pull back and watch as any Black actor worth their salt should.  Erasing distinguished Black characters of authentic comic book origins and racebending a white-established Kent will only anger both fans of Ellis/Val-Zod and Kent. Old fans will likely resent the changes and new fans will be curious why they had to be made in the first place. While I understand there can be a case made for racebending fictional characters in media, especially when so many marginalized people of color are underrepresented in fandom, this particular case doesn’t stick.

A bit of history on the comics: Calvin Ellis is the Superman of Earth 23 and the President of the United States of America. So he’s kind of a big deal. Similar to Clark’s origin story, Kal-El (as he was named at birth) was born on the planet Krypton and sent to Earth to avoid the destruction of his home planet. And in the multiversity universe, Ellis’s Superman had his own Justice League of Black superheroes.

Val-Zod is the Superman from Earth 2, one of the last Kryptonians of his universe and the second to wear the mantle of Superman. Becoming the last of his house after his parents’ execution by Krypton’s court, Val quickly made friends with fellow orphan Kara Zor-El.

With Coates penning the WB/DC script here, the opportunity to take on a Black character who is already established in the comics universe and known for fighting for truth, justice, and equality and the very fabric of that also being connected to his race, why is he being completely erased?

Meanwhile, when the announcement was made that Superman would be Black on Henry Cavill’s birthday by the way, the actor wasn’t all too thrilled over the news.  Cavill’s interpretation of Superman didn’t have to be taken away from him to racebend a character that is already canonically Black. This creative decision doesn’t make sense.