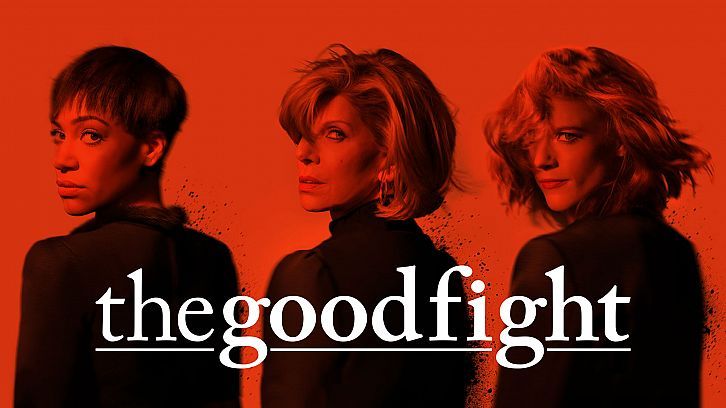 This week, I finally grew too tired of the politics and Trump shenanigans to watch anymore. I think the Commander in Chief’s supporters inciting a race war might have done it. Or maybe it was all the coded racism surrounding the immigrant families who are still being brutalized by US Immigration and Customs Enforcement agents at the borders. Those are only the tip of the clusterf$%k iceberg that has this country stalled and in serious danger of regressing. I needed a break and my chosen form of self-care is Netflix bingeing. I needed something that either made me forget everything for a few hours or a something that helped me released my frustration with today’s political climate. The Good Fight fit both bills in a handful of ways.

Black lawyers, Black professionals, and women are centered in the show.

The show is a spinoff of The Good Wife, a courtroom drama about a wife of a state’s attorney who became embroiled in scandal. The wife ended up finding her own way as an attorney and making a name for herself. But, the spinoff features some major names as the firm’s key lawyers Delroy Lindo (Crooklyn, Gone in 60 Seconds, This Christmas), Ericka Tazel (Justified, The Night Shift), Audra McDonald (Private Practice, Beauty and the Beast), Michael Boatman (and a cameo from Louis Gossett Jr.

The story also follows women, Black and White as they struggle against the system, the men, and one another to do what’s best for their clients. 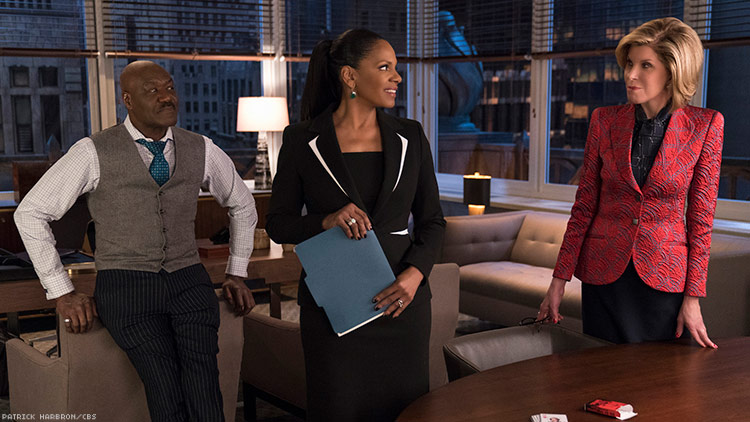 The cases involve Black issues, Black Lives, and the Black concerns of the Trump administration.

They even fight the alt-right continuously throughout the show. The Good Fight showcases the issues that Black people are wringing their hands over, including Black conservatives who can no longer deny the ills of the man they voted for. Boatman plays conservative Julius Cain, who states in the episode “Day 450” that America made the wrong choice in voting for Trump.

Earlier in the season (episode “408”), McDonald’s character Liz Reddick joins the firm after being fired from her position as a federal attorney. Her offense—finally venting her disagreement with the President’s tweets. The cases they take on cover police brutality, Neo-Nazis masquerading as mama’s boys and much more.

The very complex interracial relationship is what I am here for!

I love Lucca (Cush Jumbo) and Colin (Justin Bartha) in this show. The complexities of being dating a White boy in the age of Trump (which I know all too well from my own relationship) is not lost on the showrunners and it comes out in their storyline. Andrea Martin (My Big Fat Greek Wedding, Innerspace) is perfect as Colin’s meddling mother who means well but ends up sounding like a borderline racist no matter how hard she tries otherwise.

The awkward moments, but also the love between them is wonderfully captured throughout the show. The dramatic ups and downs are more than enough to identify with and get lost in.

Diane (Christine Baranski), Adrian (played by Lindo) and Liz say all the things we would love to say to the racists, bigots, and alt right assholes running their mouths on social media today.

Adrian’s stint as a national news pundit in the episode “Day 443” comes to an end when the White hosts tried to bait him into being “the angry Black man” Adrian countered by goading them into nearly saying the N-word. “You know you want to…I’ll say it with you…We’ll say it together,” he offered as the red-faced hosts finally shut up with all their nonsense.

Their tie-ins with racist federal prosecutor Mike Kristeva (Matthew Perry) in the “Not So Grand Jury” episode ends in grand jury testimony where they all expertly repeat the many racist reasons he has for seeking the indictments—which never succeeded. Goading racists and calling them out on their nonsense was surprisingly refreshing for me to see. It made watching the show more relaxing than I anticipated.

Hear me out on this one. It seems that any show centering White and Black professionals always have several episodes that are absorbed in White girl tears over their problems. It thought this would happen over Diane’s storylines, Liz and Tazel’s character Barbara force her to get over herself and fast.

The other major storyline is the ponzi scam involving new lawyer Maia (Rose Leslie). Every time she gets bogged down into a moment of potential drama, Lucca or Diane shows up to tell her to suck it up. They aren’t some weak ass lawyers on the Gold Coast. They are advocates for the Blackest and most vilified clients.

There are only two seasons of the show available on the CBS app, Amazon Prime, and on your cable providers On Demand programming. I highly suggest bingeing the show once the President’s bulls$%t gets too deep to walk in. Seeing Blackness triumph while saying what we all wish we could to the racists will do something to lift your frustrations a bit. The romances in addition to Lucca and Colin’s drama will distract you long enough to relax a bit.

The Good Fight will return for a third season this fall on CBS. See your local listings.