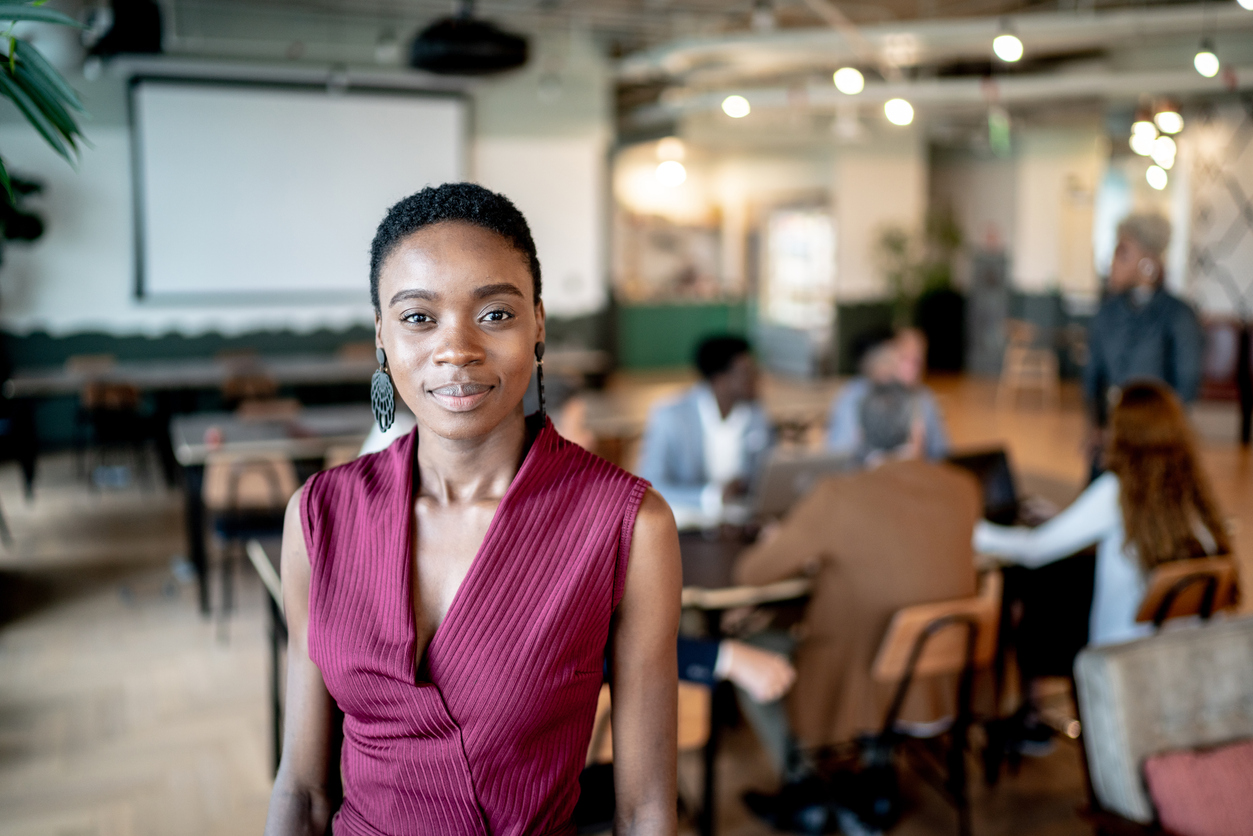 If you’ve worked in corporate America long enough, you probably agree with me that diversity programs don’t really increase diversity. Despite a few bells and whistles, companies are basically doubling down on the same approaches and strategies they used decades ago – which typically makes things worse, not better.

For Black women in corporate America, sexism, racism, and a lack of leadership support impact our experiences. Corporate America’s diversity and inclusion efforts fail to make a real difference for us.

When looking at the obstacles Black women face at work, there are several ways in which racism and sexism show themselves. One of those ways is in the form of microaggressions and insensitive comments made by colleagues that make Black women feel like outsiders. I’ve been on the receiving end of this, and it is something I don’t wish on anyone.

Two weeks after the George Floyd murder, my colleagues and I were in a Zoom meeting. Twenty-five faculty were in this meeting, including deans and department chairs. Our conversation turned to ways that we could better serve our students during such a volatile time. A white-male American government professor stated that he didn’t believe Black women had the propensity to learn politics.

As the only Black woman in the meeting, I was offended — but I felt I couldn’t say anything for fear of being labeled the stereotypical angry Black woman or accused of taking it the wrong way. However, the thought of me not doing anything didn’t sit well with me either.

Most Black women learn at an early age to silence themselves when it comes to race but at the expense of our own well-being. It was for this reason I wrote a letter to the leadership team. I expressed in detail my thoughts about what happened, what was lacking in diversity at the university, and how they could implement diversity and inclusion initiatives. I wanted, more than anything, to ensure the next Black woman professor behind me would feel safe to talk about microaggressions, racism, and inequities at work.

I ended up having meetings with the vice president of human resources and the Academics Officer. I felt that because we were amid a racial reckoning, they would want to implement change. It ended up being more of a band-aid. At the very least, I expected the adhesive to stick.

Microaggressions may seem harmless or even insignificant when viewed as isolated incidents. When they happen day after day — as they often do — their impact takes a major toll. It’s emotionally draining to feel as though you’re unable to bring your full self to work, or have to constantly worry: “If I go into this meeting am I going to have to deal with unfair treatment?” This extra burden has an impact on companies’ retention of Black women.

Similar to most companies in 2020, Wells Fargo created a diversity policy. Theirs specified that at least half of the candidates interviewed for open positions paying $100,000 or more in annual salary needed to be diverse. In other words, women, people of color, and those with disabilities. The problem is that several Wells Fargo employees said that they were instructed by their direct bosses or human resources managers to interview diverse candidates — even though the decision had already been made to offer the job to another candidate. Yes, fake interviews.

Some were aware of the practice and even helped facilitate it. The interviews, they said, seemed to be more about helping Wells Fargo record its diversity efforts on paper rather than hiring more women or people of color.

To address the racism, sexism, and lack of support Black face in the workplace, it’s just not enough for companies to have diversity initiatives for women; generally, most of those initiatives skew toward helping white women. I believe the way to increase racial diversity is by providing managers with the tools to manage a diverse workforce. It’s less about having a certain number of women of color in a department and more about if the company is investing in their upward mobility. Black women need the same access to mentorship and sponsorship opportunities.

It’s 2022. Companies should be willing to try new approaches if their initial efforts do not result in equal pay, recognition, and advancement opportunities.

Many Black women are leaving corporate jobs because they aren’t having the same success as their counterparts — even though Black women are the fastest-growing group of entrepreneurs among women, having grown by more than 600 percent between 1997 and 2017. We also hold the most degrees and yet, we are still not represented at the highest ranks of leadership, boardrooms, and academic positions.

I believe that Black women in corporate spaces are finally realizing they don’t have to be invisible in the workplace and manage microaggressions and bias. Leadership has to force themselves to see the blind spots and work towards the creation of a truly inclusive workspace that hires, promotes, retains, and promotes Black women who deserve a seat (and voice) at the table.