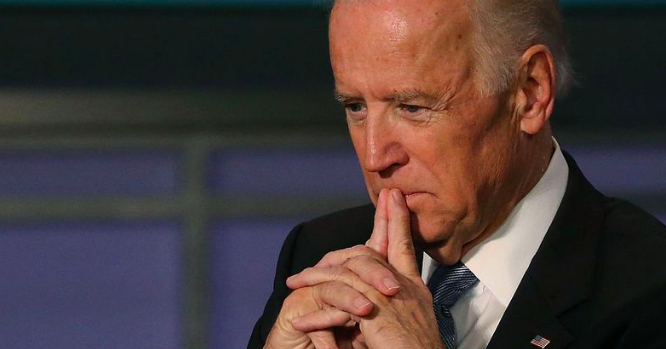 While Biden is a gaffe machine who makes for funny takeaways and cheap shots, his issues on race are very serious.

Let’s face it, this Democratic candidate is not here for Black people.

The conventional wisdom among pundits, political analysts, and news media hosts claims that Joe Biden is the most electable candidate against Donald Trump. Oddly enough, this is a man who has run for President twice — once in 1988 and 2008 — and he lost both times. Another irony is that Biden is polling well among African-Americans. According to a Quinnipiac University National Poll, 53% of Black Democrats support the former Vice-President along with 34% of women Democrats.

The question is why are Black Democrats so supportive of Biden?

Black voters are pragmatic. Support for Biden has nothing to do with his policies or his issues on helping the Black community, but everything to do with the fact that they believe he is the one to beat Trump. As Joe Biden continues his journey on the presidential campaign trail, the more he opens his mouth, the more we can see how disconnected he is on issues of race and economic development within the Black community.

Before we explore his shortcomings, let’s first scrutinize more on the issue of support among Black voters aside from the practical strategy of simply being more “electable.” According to Aimee Allison, president of She the People, Biden has a “high name ID in his association with President Obama, which makes him beloved amongst African-American voters, and particularly African-American women who are the highest turnout Democrats and most loyal Democrats.” This is also a generational issue. According to a Morning Consult survey, among Black voters 65 years and older, Biden has 58% of their support. There’s a nostalgia factor here, too. Biden reminds voters of a time when the presidency was more respectable and that perhaps he can be the “great white hope” that voters saw in Barack Obama back in 2008.

There is also a fear that a woman Democratic candidate in the general election will be an easy win for Trump. After watching the VICE News special, “Why Iowa Democrats Love Joe Biden So Much?” a local voter in Dubuque, Iowa, only wanted Biden because she was concerned a woman wouldn’t win against Trump. She blamed Hillary Clinton’s huge upset in 2016 as a cautionary tale of what Trump can do to a female candidate. Nevermind Clinton’s lack of campaigning in key states and problematic record turned off many voters. Nevermind that there are credible reports of undue influence being waged by Russia. Nevermind that Clinton actually won a plurality of the votes cast nationwide. Meanwhile, only 27% of Black voters age 18–29 support Biden. The rest of the Black vote among voters in this same age group are lending their support to Bernie Sanders, who has managed to galvanize young voters of all ethnic groups.

Younger voters are more intersectional and informed on issues that impact them. In the hashtag era of activist movements like #MeToo and #BlackLivesMatter, younger voters keep these issues within the forefront of their consciousness compared to older voters. And sadly, Biden has failed miserably on the issues of race and gender. From waiting nearly three decades to finally acknowledge and take accountability for how poorly he handled the Anita Hill testimony to his most recent response to a debate question on the issue of reparations. Biden’s archaic non-response to the question pivoted to a word salad about poor parents making sure their kids listen to records playing in order to achieve the best education. We’ll get to that in a moment, but let’s dig a little more into Biden’s history as a legislator and its impact on Black Americans.

New to the Senate in the 1970s, Biden opposed busing along with segregationists Sens. James Eastland and Herman Talmadge. The idea behind busing was to send Black students to predominately white schools and white students to predominately Black schools. Although a recent spokesman for Biden told the NY Times that Biden didn’t disagree with integrating schools but believed busing was not the way to do it, forty years later the frontrunner has doubled down on the anti-busing measure even though it had a personal effect on fellow candidate Kamala Harris. Although this is an issue that occurred several decades ago, the impact that it had on Black educational achievement cannot be ignored. Biden also voted to bar the Department of Health, Education, and Welfare from requiring schools to provide information on the racial makeup of their student bodies. This wound up making it incredibly difficult to withhold funds from schools that refused to integrate.

Unfortunately, that’s only the beginning. Biden also is most notably known for his leadership on the 1994 crime bill also known as the Violent Crime Control and Law Enforcement Act of 1994. During a time where the crime rate was dropping, a bill was pushed forward to be tougher on crime. This included hiring more police officers and putting them on the streets and more mass incarceration. While having more officers on the street did help to some extent, the net effect was locking up a disproportionate number of Black and Brown people. According to the Brennan Center, “[T]he bill’s $9.7 billion in federal funding for prison construction went only to states that adopted truth-in-sentencing (TIS) laws, which lead to defendants serving far longer prison terms. This has contributed to the prison industrial complex we have today.” The bill also instituted the death penalty for dozens of existing and new federal crimes. Studies also showed that crime rates were not impacted at all from mass incarceration. The United States locks up more people than anywhere else in the world. Currently, for every 100,000 people residing in the United States, approximately 655 of them are behind bars.

I’ve mentioned the issue of student loan debt and its impact on African-Americans. In the United States, you cannot declare bankruptcy because of a student loan. Do you want to know why? The Bankruptcy Abuse Prevention and Consumer Protection Act (BAPCPA) — a bankruptcy bill that violated the protection for millions of Americans — was passed in April 2005. That bill was supported by then-Senator Joe Biden.

While Joe Biden is most often mocked and made the butt of many jokes for his notorious gaffes, many of them are steeped in racism. The Washington Free Beacon composed a series of clips featuring several of these embarrassing remarks from calling President Obama “the first mainstream African-American who is articulate” to calling his home state of Delaware a slave state when asked how he would appeal to southern voters. There’s also this disturbing tendency to conflate Black people with being poor.

Biden said at a rally speech in Iowa: “We have this notion that somehow if you’re poor you cannot do it. Poor kids are just as bright and just as talented as white kids.” He paused and then quickly added, “Wealthy kids. Black kids. Asian kids.”

His recent response to ABC correspondent Lindsay Davis during the third Democratic debate was the same song. When the moderator asked a question about repairing the legacy of slavery, probably in hopes of Biden sharing his stance on the H.R.40 reparations bill, the candidate responded with an incoherent answer about parents playing record albums to help expand children’s vocabulary. He then pivoted to Venezuela, answering a question asked 20 minutes prior.

The issue of Biden’s mental health has certainly been called into question by many of his critics. While that is a concern, it’s his lack of awareness on race and his insensitivity to the #MeToo movement (a whole other subject, from his late apology to Anita Hill to his treatment of Lucy Flores) that makes it clear that if Americans — Black Americans, in particular — want to see a shift in our democracy and leadership, it’s not gonna happen with Joe Biden.

Economic empowerment and development, ending systemic racism, closing the gender pay gap, providing free access to healthcare, criminal justice reform, earning liveable wages and so much more are important for Black Americans. We deserve someone who will fight for us and not just use the legacy of our first Black president to earn our votes.