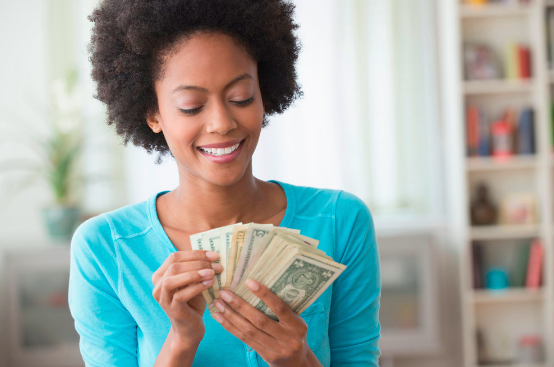 Today marks Black Women’s Equal Pay Day, a date that acknowledges both the racial and gender pay gap that significantly impacts Black women in the workforce.

In 2018, Black women were paid only 89% of the wages Black men received and only 65.3% of the wages white men received, while white women took home 81.5% of white men’s wages. And as the large field of 2020 Democrat presidential candidates vie for the attention of the American people for their policies, plans, and proposals, income inequality for Black women is still a major concern for our community.

BGN had the pleasure of chatting with Christian F. Nunes, vice president of the National Organization for Women (NOW). Nunes is also the chair of NOW’s Racial Justice Task Force. She shares her thoughts about some of the policies being pushed forward by the 2020 candidates and how a conversation about the wealth gap cannot happen without talking about white supremacy and sexism.

Tell our readers what you do at NOW and how Black Women’s Equal Pay Day came about.

I’m newly elected as vice president of NOW as of May 29. I’m also the chair of the Racial Justice Task Force, which is a national task force to combat racism. We know that particularly women of color face a lot of economic injustice, violence, and misogyny — just a lot of related issues that affect them on a daily basis. One of the issues is economic injustice. When we think about pay rate, we know, traditionally, that women are paid less than men, but when we break it down by ethnicity, it even gets worse.

The wealth gap is a conversation that some of the 2020 Democratic candidates are making a priority. What is your opinion on how they are addressing the issue?

I’m glad to hear they’re actually even addressing it, which is way advanced in progress from what past candidates have ever done. Even acknowledging it is an improvement. But I think they need to fully understand what that really looks like and how it really affects women every day. We’re talking about the gender wage gap. If women choose to have children, they’re considered the primary caregivers, as well as working mothers. Trying to take care of your family, you are making a little over half of what a white man is making.

I think the presidential candidates need to be a little bit more transparent, honest, and in-depth about what that looks like and why it’s important that we push this equal pay forward.

Kamala Harris is proposing “Equal Pay Certification,” which attempts to force wage transparency from employers, and Elizabeth Warren also has a plan for transparency.  Kirsten Gillibrand’s policy proposals focus on universal childcare and paid family leave, which also closes the gender pay gap. Is there a plan out there that you believe would benefit Black women the most?

I think the transparency plan will benefit Black women the best. I think it is very open out there about what wages are being paid for what positions. You can see the information is available publicly. For people to see it will put more pressure on organizations, agencies, and employers to analyze what they’re doing and keep them accountable and responsible for how they’re paying. They’re paying less because they feel the value is less. Ultimately, that’s really what it is. We don’t want to say that, but why would you have a Black woman with a master’s degree and five years’ experience and a white man with a master’s degree and five years’ experience, and he comes out making $40,000 more than she does?

I recently wrote an editorial about student loan debt and how it adversely affects African-Americans. So far, Bernie Sanders is the only 2020 candidate willing to cancel the debt completely. What are your thoughts about how student loan debt plays a role in income inequality for Black women?

I had to use the loans because my mother raised us as a single mother. I worked through college to support myself. I had some grants, but I had to take out loans to support myself through college. I did all this work and education to be making 65 cents of a white man’s dollar. So now it takes longer for me to pay my loans back, and there’s more interest accruing on these loans. I don’t feel like one should have to [go into debt] for basic education. I could see for advanced education getting loans, but for a bachelor’s degree, a basic level, we shouldn’t have to be going into debt. I agree with the cancellation of the debt for vocational schools and things like that. I think when we keep pursuing further than that, it’s up to us.

You mentioned that we cannot talk about equal pay for Black women without talking about white supremacy. The conversation around white supremacy has gained some momentum after the tragic mass shootings this year. Do you think we are finally going to see some systemic change happen by putting these conversations at the forefront of policy?

The only way that’s going to happen is if you put people in place who are committed to it. Secondly, [white people need] to acknowledge their own privilege and how it has contributed to where they’re at. I’m glad we’ve had these conversations, but it’s more than the conversation that has to be had. It has to be allies, and allies talking to other [white people] about their privilege and using their privilege to help people who’ve been oppressed. Use your privilege to help us push through when we have barriers. That’s how major change happens. It just can’t be a superficial conversation.

What can activists or people interested in doing something do to help make pay equality for Black women a reality?

Bringing attention to it. I think what you are doing — writing articles and bring it to media attention — is important because a lot of people don’t know. They don’t even notice that it exists. We have to increase education and awareness about economic discrimination. People can make their own ordinances in their towns, communities, and cities. They can make sure they are doing things in their local elections and engaging in local politics to try to make sure that they are working to ensure equal pay. Move to have your own local officials and local policies fight these challenges. We have to put more organizing and support behind candidates who are going to do this work for us.

Sadie Alexander: The First Black American to Earn a PH.D. In Economics