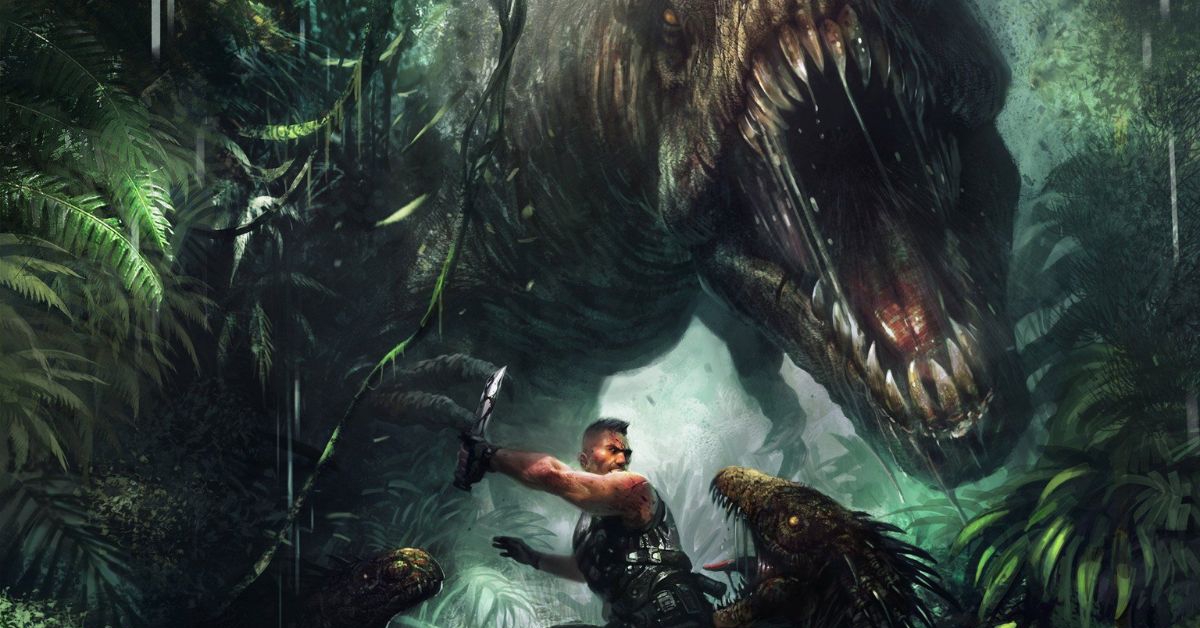 The Turok gaming series is a timeless classic that still lies in the hearts of action-loving gamers to this day, despite the fact that the first Turok game appeared more than 25 years ago. The series has all the hallmarks of a great gaming masterpiece: guns, jungles, and dinosaurs. Think of Arnold Schwarzenegger in 1987’s Predator, but instead of hunting the hunter, you, as a gamer, are trying to survive against some of nature’s fiercest predators that have ever walked the Earth.

With so many games getting a facelift and a remaster, ranging from 2003’s Prince of Persia: The Sands of Time and the massive flop that was Grand Theft Auto: The Trilogy to the highly anticipated next-gen remake of 2003’s Star Wars: Knights of the Old Republic, we have to wonder if there is any reason this timeless classic couldn’t or shouldn’t get a remake. Here’s why Turok deserves a next-gen remaster.

As always, we’ll begin with a trip down the rabbit hole of gaming history. In 1994, Acclaim Comics acquired the rights to Turok, a comic book series it gained during its absorption of Valiant Comics. Following the “merger,” Acclaim devised a strategy to internally develop games based on their most popular comics and license merchandise. Considering the sudden cash flow problem the company had faced, it came to rely on Turok the game for a financial turnaround.

Luckily, the company and its developer, Iguana Entertainment, did a fantastic job of adapting the comic book into a video game, and Turok: Dinosaur Hunter was launched in 1997 for the Nintendo 64 console and Microsoft Windows. The game was a massive hit with critics and audience alike. It sold over 1.5 million copies, which was an exorbitant metric at the time. It even boosted Nintendo’s sales of the Nintendo 64 console.

The original game granted players control of Turok, a Native American warrior who must stop an evil villain from conquering the universe. However, the protagonist did more than just hunt dinosaurs and the game’s Big Bad. Turok helped spawn an entire video gaming franchise that included a direct sequel, 1998’s Turok 2: Seeds of Evil, and a prequel, Turok: Evolution, which was released in 2002.

Up to that point, the Turok franchise had generated over $250 million by way of games, and Acclaim Entertainment continued to develop the popular franchise all the way until its bitter end. In 2002 the company filed for bankruptcy following a loss of a major sports video game license, and the right to Turok games was eventually acquired by Touchstone Games — an imprint of Disney’s subsidiary, Buena Vista Games.

In 2008 Touchstone Games released Turok, the reboot of the franchise, developed by Propaganda Games — and the only game Touchstone Games has ever released. Admittedly, the game has veered far away from its roots. Fans of the 1997 classic weren’t too fond of that, but a more modern generation of gamers have loved everything about the game — a Schwarzenegger-type protagonist traversing jungle environments while battling dinosaurs in his pursuit of justice (what’s not to love).

In all honesty, it was the natural evolution of the franchise that tried and somewhat succeeded in keeping up with the times. Sure, the gaming experience felt occasionally linear, but it was 2008, and the best games we got that year were GTA IV, Tomb Raider: Underworld (an absolute gem), and Fable II. Unfortunately, the implemented changes did spell a disaster in terms of critical reception, as the game was criticized by people who had played and enjoyed the forebears of yester-gaming-year.

With that said, younger audiences liked the new Turok game so much that it sold 2 million copies within two months of its release, prompting a sequel to the reboot. The game had used Unreal Engine 3 to its maximum potential, and the modeling and animation of dinosaurs and natural elements were above standard at the time of its release. The survival elements were accentuated to the point at which the player’s heart would skip a beat at the mere sound of coldblooded apex predators. It was a gaming bliss.

Sure, it had its downsides, but it’s one of the most fondly remembered games today. Propaganda games actually started working on a sequel, but the company was bought by none other than Disney, who issued massive layoffs and dismantled the studio, effectively canceling the sequel. As for the original game, it’s still fun to play. Though it may not be up to the graphical standards of modern gaming, it’s a true refreshment compared to a whole library of Tomb Ra…, oops, Assassin’s Creed titles that we’re bombarded with today.

The gaming industry is a turbulent place, and masterpieces are sometimes dropped in favor of titles that sell well and fast. But even those become watered down over time. Each subsequent Assassin’s Creed can’t really measure up to the exhilaration felt when Assassin’s Creed 2 came out, and even Activision pondered switching Call of Duty from a yearly release schedule to a bi-annual release (as in one title every two years).

Turok’s formula involving dinosaurs on alien worlds is a prescription for success, given proper development. Unfortunately, we can’t tell if Turok will ever get its remaster — but it very well deserves it. Even the aforementioned Prince of Persia: The Sands of Time, which is postponed indefinitely due to Ubisoft’s incompetence to complete a single game that doesn’t involve silly rabbits, is a remake of a game that has previously rebooted the franchise. So, there’s still hope for our Dinosaur Hunter.