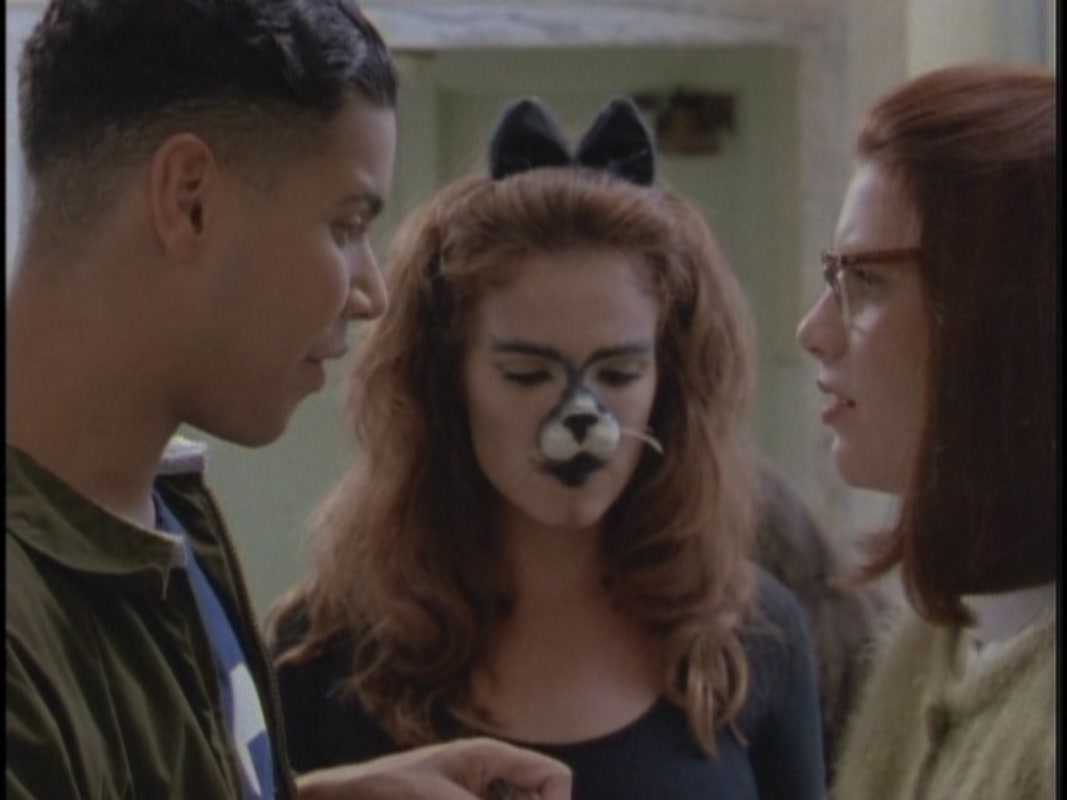 We just shared some of the BGN Team’s favorite Halloween episodes, but rarely do we talk about the worst.

ABC’s short-lived series My So-Called Life was one of the WORST Halloween episodes I’ve ever seen.  It was so far removed from the series that I was wondering WTF I was watching while it was on.  Even when My So-Called Life went into syndication and later aired on MTV, I hated watching the reruns of this episode. Now to be fair, most Halloween episodes of dramatic series tend to be a bit detached from the storyline, but I just really hated this episode.

Basically, there’s this guy in Angela’s school by the name of Nicky Driscoll who died a violent several years before and he’s haunting the hallways of the school.  The ties that bind Angela and Nicky together are a textbook the two shared, and now Angela is not only seeing visions of the deceased Nicky walking the hallways and staring at her longingly —the same way she stares at Jordan Catalano — but she’s now determined to find out more about who Nicky was?  How did he die? My question here is why is Angela suddenly attracted to some dead guy and who cares about who Nicky Driscoll is when Jordan Catalano is alive and well!

But then the writing takes this weird turn where they intercut images of Jordan leaning against the lockers with Nicky.  Listen, this show was everything to me, and the moment you take just a bit of the reality of the show out of it, I feel angry and bitter about you messing with my formula.  Because MSCL mimicked so much of my own high school experience, this Halloween episode just took me all the way out.  They literally inserted an episode of Supernatural before it was even a thing and I hated it.  (By the way, I’ve only seen the first season of Supernatural, and I really don’t get hype.  But I digress.)

So then, Angela is following around more ghosts in the story and tries to prevent Nicky from going into the light. (I guess to become a permanent ghost?) I don’t know it was all too weird and I hated every last minute of it.  I also hated Angela’s Halloween costume, in which she dressed like one of Nicky’s classmates in this retro 60s eyeglass frames and vintage attire.  It was just ridiculous to me.  I don’t know why this episode angered me so much as a fan of the series, but I loathed every frame per second of this episode. 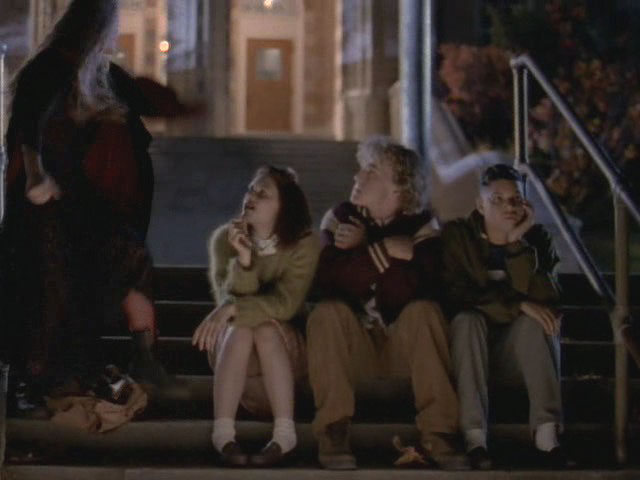 The b-story arcs between Sharon, Rayanne, and Brian were okay.  There is an interesting revelation of Angela’s younger sister Danielle who is incessantly seeking Angela’s attention.  Her little sister throughout the series is constantly ignored by both Angela and her parents and in this episode, Danielle dressed up as her sister for Halloween.  This is pretty telling since this is her one chance not to only get Angela’s attention but also to show how much she sort of worships her older sibling.

So the episode isn’t FULLY terrible because of that plotline, but everything else in this Halloween episode goes into the toilet for me.