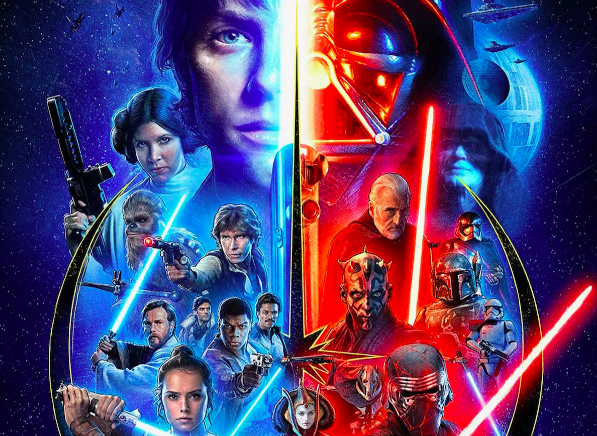 The classic film series that brought the famous lines “Luke, I am your father” and beloved characters such as Yoda and Obi-wan Kenobi have garnered much attention over the years.

With The Emperor Strikes Back originally opening at the box office in 1980, the legendary sequel saw an astonishing $4.9 billion dollars. Since then, the company Bounty-Hunter filled universe has expanded into other areas.

With Disney, Lucasfilm released Star Wars: The Clone Wars TV show, and Star Wars: Rebels along with a unique 3-D experience at Disneyland and Disney World as well as a live-action show where adults and children have the opportunity to live out their fantasy as Jedi Masters.

The series did not stop there, with even more films being made and released in 2019 in the form of Star Wars: The Force Awakens in 2015, Star Wars: The Last Jedi in 2017 and Star Wars: The Rise of Skywalker in 2019 introducing characters such as Poe Dameron played by Oscar Isaac, Finn played by John Boyega and the female lead Rey played By Daisy Ridley.

Since the pandemic, drive-in theaters have seen an increase in visitors, providing Star Wars films and others the chance to be reissued. Drive-ins have become so popular in fact, that Walmart has partnered with Tribeca Enterprises to convert 160 of their parking lots in theaters.

It was discovered that the reissue of Star Wars: The Empire Strikes Back saw Star Wars return to the top of the film list.

“The film has grossed a total of $175,000 so far at 483 locations, originally reported by Deadline, and is estimated to end the weekend in the $400,000 to $500,000 range” said Variety writer Ellise Shafer. “Directed by Irvin Kershner with executive production from George Lucas, The Empire Strikes Back has not had a box office lead since its reissue in February 1997”.

Star Wars has secured its hold in the culture of film and entertainment, not just in the eyes of its fans but in the eyes of Congress as well. In 2010, the 1980 classic was officially inducted into the National Film Registry. Which is significant, given the circumstances in which a film is added to the registry.

According to the Library of Congress, each year names 25 films to the National Film Registry that are ‘culturally, historically, or aesthetically’ significant, to be preserved for all time. These films are not selected as the ‘best’ American films of all time, but rather as works of enduring significance to American culture” said press contact Sheryl Cannady.