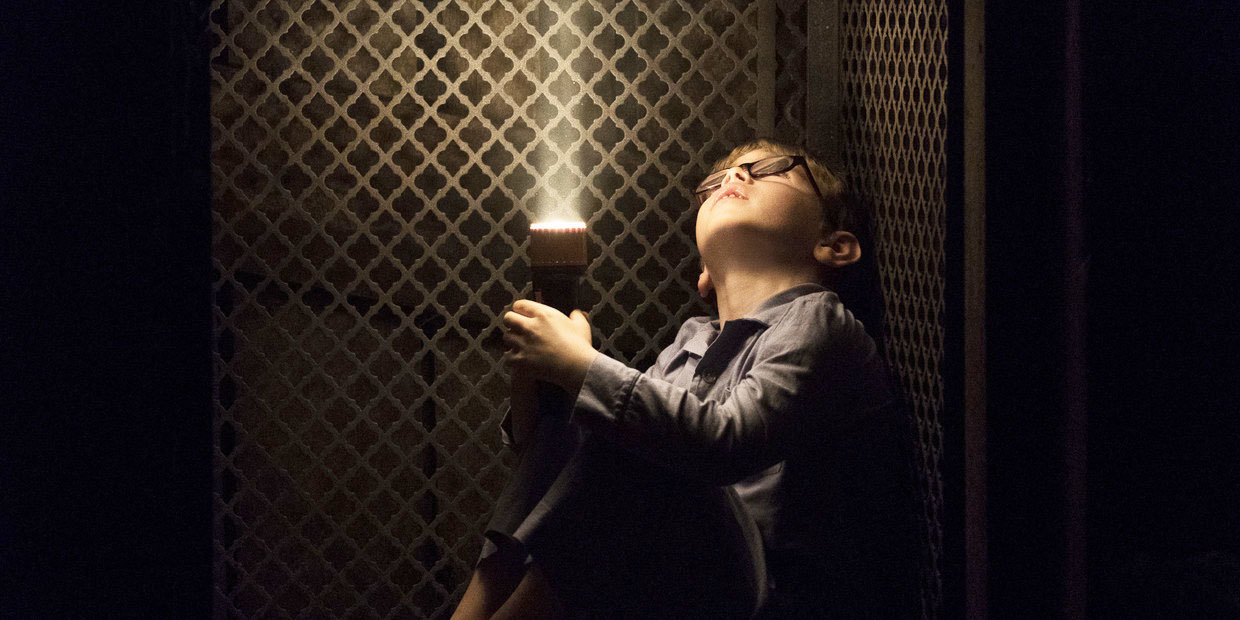 If you’re staying in this Halloween and don’t feel like limiting yourself to 90-minute movies, here are some quality horror TV series for you to binge instead.

This imaginative anthology series only had four seasons, each with its own level of creepy. Season 1, “Candle Cove,” is about a seemingly innocent kids’ show that drives its young viewers to violence. In Season 2, “No-End House,” four friends go to a mysterious traveling haunted house and find themselves trapped in a labyrinth of oddly personal horrors. Season 3, “Butcher’s Block,” follows two sisters as they start fresh in a weird town with a mysterious staircase in the woods. In Season 4, “The Dream Door,” a woman and her husband are tormented by a freaky imaginary friend from her past. All seasons are equally disturbing, scary, and wonderfully grotesque.

Where to watch: All seasons are available to watch on Amazon Prime Video (with a Shudder or AMC subscription).

In this anthology series developed by Mick Garris, each episode is essentially an hour-long film directed by a legendary horror filmmaker. The masters include Tobe Hooper, Ernest Dickerson, Joe Dante, and Lucky McKee. My personal favorites are John Carpenter’s “Cigarette Burns,” Dario Argento’s “Jenifer,” and Takashi Miike’s “Imprint.” The episodes range from campy to creepy.

Where to watch: Available for free on Tubi or for purchase on Amazon Prime.

From the brilliant minds of Taiki Waititi and Jemaine Clement, What We Do in the Shadows is a hilarious mockumentary-style series about four vampire roommates in Staten Island. It’s based on the film of the same name, but has new characters, a new setting, and way more supernatural adventures. It also follows their familiar Guillermo and his struggle to keep up with their chaotic undead lives. The show is currently in its third season.

Where to watch: All seasons available on Hulu.

Anyone familiar with the Evil Dead franchise knows it’s a wild cinematic universe led by the one and only Ash Williams. The series is set 30 years after Army of Darkness, where we find Ash living in a trailer, working at Value Stop, and partying on the regular. One night, Ash and a lady companion drunkenly read from the Necronomicon, unleashing Deadites back into the world. Ash, his buddy Pablo, and their coworker Kelly end up on a road trip hunting down a way to undo the curse, fighting Deadites along the way. It’s a gory fun time.

Where to watch: All seasons available on Netflix.

Famous horror author Emma made a career writing about the evil witch that has plagued her nightmares since she was a child. When she is lured back to her hometown, she realizes that her stories have become real, putting the lives of her friends and family in danger. This French series is vastly underrated and unknown. Despite being canceled after one season, Marianne is a must-watch for any horror fan.

It’s been described as the German version of Stranger Things, but this show is something entirely its own. In the small town of Winden, a teenage boy’s disappearance sets off a chain of bizarre events. Lies unravel, conspiracies are discovered, and characters go farther and farther into the unbelievable. It’s a grim atmosphere with a haunting score that never fails to draw me in for hours on end.

What I love about this show is that it’s always surprising and never boring or uneventful. If you’re looking for something strange, unconventionally procedural, and full of creepiness, Evil is the show for you. The first season has a Halloween episode appropriately titled “October 31.” While Kristen and David attend an exorcism, her four daughters and their friends have a sleepover. A strange girl named Brenda (or so she says) comes over in a doll mask that she refuses to take off. Her scary story is a little too scary for the girls. She suggests they all sneak over to a graveyard for a game, and we know nothing good will come from that.

Where to watch: Both seasons available on Paramount+.

I already gushed about Mike Flanagan’s latest Netflix series in my review last month, but it easily earns a spot on this list as a must-watch this Halloween season (or any season, really). The show has everything you want in a horror series, but so much more. Prepare yourself for some intense emotional scenes that make you feel all the feelings. It’s beautiful, it’s tragic, it’s a masterpiece.

What’s Halloween without vampires? Bram Stoker’s legacy lives on in this gorgeously gothic drama-horror miniseries. It feels more like watching three 90-minute films, rather than an actual TV show. Though not completely faithful to the novel, Dracula isn’t fully modernized either. It’s one of the best adaptations of the iconic vampire out there.

Will Graham has the special gift of empathizing with psychopathic murderers, making him great at his job as a FBI profiler. This kind of work takes a toll on his sanity, and his boss Jack Crawford decides he needs supervision from forensic psychiatrist Dr. Hannibal Lecter. Will and Hannibal form this increasingly dangerous bond that takes them both by surprise. It doesn’t take long for Will to figure out Hannibal’s own psychopathic tendencies and his little habit of eating people. For a network TV show, Hannibal is a bloody good time. Every character, even the villain-of-the-week, is three-dimensional making for some of the highest quality television.

Where to watch: Hulu.

In case you didn’t know, M. Night Shyamalan makes television now and it’s damn good television at that. Dorothy and Sean Turner, a wealthy couple living in Shyamalan’s home state of Philadelphia, hire a young nanny to care for their son Jericho. The catch is that Jericho is a reborn doll, taking the place of their baby who tragically died. The other catch is that Leanne, the nanny, is more than happy to play along for the sake of Dorothy’s sanity, but Sean is suspicious of her strange behavior. You probably won’t cry like in Hill House (below), but the entire premise is tragic.

Where to watch: AppleTV+.

Chances are everyone knows about The Haunting of Hill House by now, but it’s prime Halloween season viewing. The show is only three years old and already a classic. The Crain family really goes through it while living at Hill House, and it changes their lives forever. The show switches between the past and the present, gradually revealing how this house and its ghosts infected this family.

Mike Flanagan’s The Haunting of Bly Manor is also a great option.

As an adult, the thought of sneaking out of the house to meet up with friends in the woods in the middle of the night sounds massively ill-advised. But the ‘90s kid in me still wishes I was a part of the Midnight Society, telling scary stories and throwing “midnight dust” into the campfire. Some of these spooky tales legit gave me nightmares as a kid. It’s fun to revisit the episodes especially this time of year.

Where to watch: All seasons available on Paramount+.