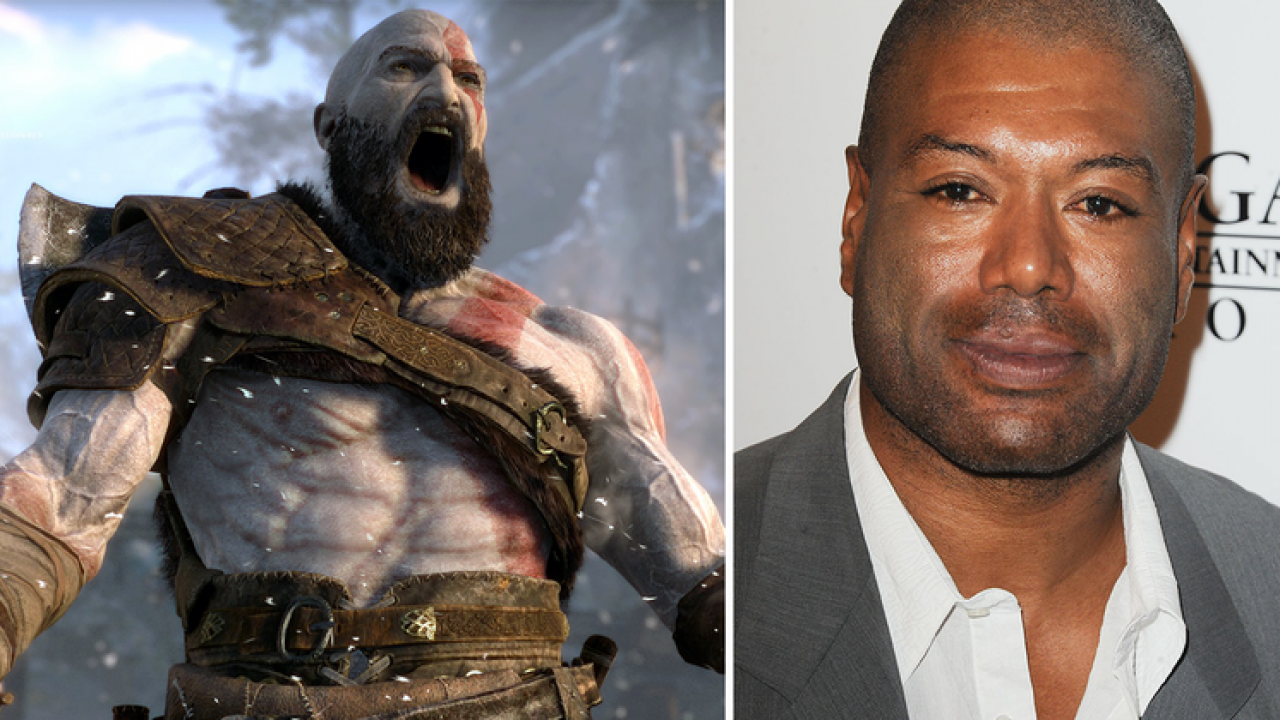 Despite his long-lasting career, actor Christopher Judge seemingly only entered the pop culture spotlight after he replaced Terrance C. Carson as a voice actor for the 2018’s God of War soft-reboot — a game that transitioned the gaming series from Mount Olympus to the journey across the Nine Realms. However, besides appearing in an enviable number of gaming titles, Christopher Judge has also appeared in several movies, cartoons, and TV shows.

This piece will look at the other roles that demonstrate the amazing range of this actor’s talent, including other not-well-known voice roles in games and cartoons, as well as appearances in television shows and films. Let’s get started with his best-known role.

Though he had previously appeared in Bird on a Wire, Neon Rider, and MacGyver, Judge’s largest role came in 1997’s Stargate SG-1, where he appeared as Teal’c, a Jaffa warrior from the planet Chulak. He was a genetically modified warrior with a Goa-uld symbiote that grants Teal’c enhanced strength, health, healing, and longevity. Despite appearing youthful, the character in the show is around 100 years old and ages an additional fifty during the course of the series.

Judge really helped define the character since the producers of the show hadn’t really shaped the character as they wanted to secure the actor for the role first. The only thing they did know was that they wanted an African American for the part, and Judge was one of the last to read for the role. He was hired purely based on his talent, but as the series progressed, Judge was granted a degree of creative freedom over the character.

In fact, he outright wrote several episodes of Stargate SG-1 and had a considerably more prominent role from Season 4 onward. Judge ended up having a major say in the development of the character and his transition to a regular human through the removal of his symbiote.

Most people, even non-gamers, think of World of Warcraft when massive multiplayer online role-playing games are mentioned, but very few know that Christopher Judge voiced several characters in the world’s best-known MMO. Though he was credited in some of the World of Warcraft’s previous expansions, his deep voice acting in Battle for Azeroth quickly caught the fandom’s attention.

Judge is voicing two characters in-game, most notably Akunda, the thunder lizard, and a loa (akin to spiritual beings of the Haitian religion voodoo) of the Zandalari Trolls. Akunda removes painful memories from the minds of those who visit his temple seeking refuge but is imprisoned by one of his malevolent followers. It was up to WoW players to free Akunda from his captivity and receive his blessing and favor.

Gorak Thul, King of the Drust, is also voiced by Judge. Thul is a savage leader of the vrykul (half-giants) people, who led a war against humans some 2,700 years prior to the events of the Battle for Azeroth. He taught ancient death magic to Lady Waycrest, who formed a coven centered at Waycrest Manor (a dungeon within the game). Players must then enter the dungeon and defeat its end-boss, Gorak Thul.

As much as we would like to see Judge in the MCU, the actor isn’t likely to perform complex action scenes, at least for the foreseeable future, considering that he recently had both hips replaced followed by a knee and back surgery. He openly admitted that the upcoming God of War game was delayed because of him and praised Santa Monica Studio, the game’s developers, for all the love and support he received despite being the main cause for the delay.

The addition of Black Panther to Marvel’s Avengers via the game’s expansion called War for Wakanda managed to resurrect the game and bring it back to good graces with the gamers. Marvel’s Avengers was initially highly praised for its multiplayer elements but heavily criticized over being too short and lacking a single-player narrative.

We have already covered what made 2003’s Def Jam Vendetta such a classic. However, we forgot to mention that the game’s antagonist, D-Man, is actually voiced by Christopher Judge. We don’t know much about the challenges that role might’ve brought, but D-Mob was one of the few characters from the game that wasn’t based on a real-life person.

D-Mob played a pivotal role in the Def Jam series. His character description reads that he turned his entire neighborhood into a network of hustlers working for him while he was still in his teens, so he was already a bona fide crime lord by the time he came to New York. Of course, he pushed out his competition and grew a large and loyal crew of followers, held together by a code of street ethics.

Judge also starred in Christopher Nolan’s Dark Knight Rises as an unnamed mercenary working for the film’s antagonist Bane. In fact, Judge was cast as the right-hand man of Tom Hardy’s Bane, but their size difference proved to be a problem, resulting in the two not sharing that many scenes together.

Turns out that Judge is physically more imposing than Hardy, which would make Hardy’s Bane less intimidating. As a result, Judge kept his role but did fewer scenes with Hardy due to size concerns. Still, it got him two weeks of work , which Judge wholeheartedly welcomed. The role itself isn’t so prominent, but Judge’s performance really brought the mercenary to life, thanks to the actor’s fantastic talent.

Wacky Races is a 2017 reboot/revival of the 1968 Hanna-Barbera animated television series. The reboot debuted on Boomerang’s VOD service in the United States, and, thanks to its success, it was picked up for a second season. Judge voices a secondary, non-racer character called Brick Crashman, who is an announcer for the Wacky Races.

Judge is currently working as a voice and motion capture actor on God of War: Ragnarok, which is the continuation of the 2018 reboot and is set to launch on PlayStation 5 sometime next year.