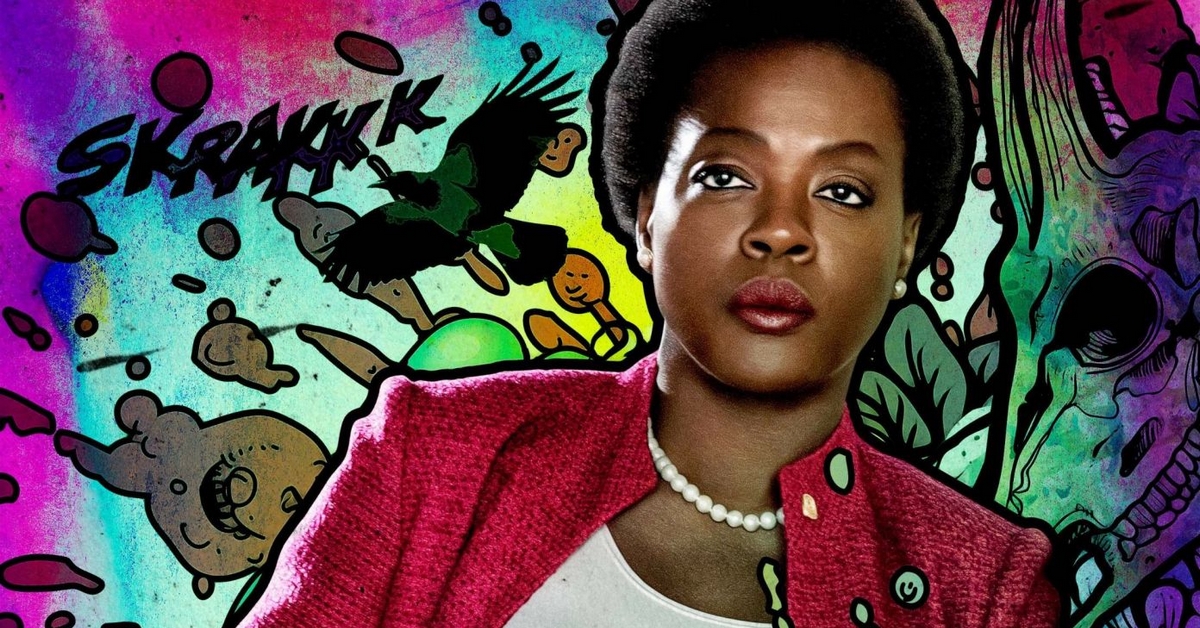 Newcomers to the DC Universe and DC Extended Universe, which also encapsulates cinematic releases under the DC banner, are probably familiar with newer iterations of Amanda Waller — a top-ranking U.S. government agent who founded the infamous Task Force X, better known as the Suicide Squad. Waller is an “ends justify the means” antagonist in the DCEU, where she has had various incarnations throughout her history. However, she was always described as a very powerful individual involved in clandestine operations on behalf of the U.S. government.

The character first appeared in 1986’s Legends #1, though she was shaped further in the late 1980s, in the pages of Suicide Squad comic books series. Amanda Waller became substantially adapted into animated and live-action releases, with several actors voicing or portraying the character, including C. C. H. Pounder for animated projects, Angela Bassett in 2011’s Green Lantern, and Cynthia Addai-Robinson in the Arrow television series. But perhaps the most notable portrayal, at least from the newcomer’s perspective, is the one performed by Viola Davis, who actually loved the role, in the live-action DCEU films Suicide Squad from 2016 and 2021’s The Suicide Squad.

Those familiar with comic book history know that Waller wasn’t always a powerful individual. This middle-aged African-American woman is no stranger to struggle, pain, and tragedy, which only toughened Waller, prompting her to vow to stop evil and protect the innocent at all costs — even if those costs sometimes seem unjustifiable. This understanding of pain, paired with her exceptional intellect, tenacity, and resourcefulness, allowed Waller to climb the political ladder and establish herself as a devious manipulator, often getting people to act against their self-interest. Still, she is natively human, without any magical or metahuman abilities. So, why is she the most dangerous woman in any room?

Tragic events that befell the Waller family changed Amanda forever, and she swore that she wouldn’t rely on or accept and help from the government that failed her family. With a new view on life, Waller worked multiple jobs to put her younger children through college and further her own education in political sciences. Her tenacity and intellect gained her a political science degree, after which she built up a fearsome reputation among U.S. government officials.

Given her lack of superhuman abilities, Waller often uses her cunning and strategy to successfully outwit stronger and more powerful opponents — often by gaining leverage over them or exploiting their weaknesses. This is perhaps best depicted in DCEU’s Suicide Squad, when Waller, portrayed by the talented Davis, uses Deadshot’s beloved daughter Zoe as leverage against Deadshot, or Enchantress’ cut-out heart, etc.

Her use of tactics and strategy is perhaps on par with Batman’s, though her methods are considerably more amoral, allowing Waller to extend her authority over otherwise untamable criminal minds.

2. She has vast political influence.

Her understanding of politics and her ties to several espionage and law enforcement agencies allowed Waller to amass a substantial political influence. However, she’s also a very skilled demagogue who masterfully appeals to popular desires and prejudices when addressing other government officials. This is perhaps best seen in 2016’s Suicide Squad, where she suggests the covert use of metahumans as a contingency against threats of incredible power by using seemingly rational arguments.

This is well paired with the previous reason as to why she’s the most dangerous woman in any room since she always has some sort of leverage over metahumans serving as part of Task Force X. Waller uses her political influence to further her power ambitions and can influence espionage and government agencies, companies, and even supermax prisons to work for her benefit.

3. She has no respect for human life.

Saying that Amanda Waller has no respect for human life is a vast generalization and quite possibly an understatement. She’s known for her dispassionate and outright cruel disregard for others, and she is utterly ruthless when it comes to a job being done. She even targeted Bloodsport’s daughter in The Suicide Squad, which we all can agree wasn’t nice. Admittedly, Bloodsport’s sixteen-year-old daughter did steal a watch, but Waller threatened to use her political influence and have Bloodsport’s daughter tried as an adult.

Additionally, she threatened to lock Bloodsport’s daughter in Belle Reve, a fictional maximum-security prison, where she would be tortured by both the guards and the inmates and quite possibly even killed. Most of Waller’s individual actions could be justified as her service to the United States as she rarely makes things personal. However, the sum of her actions makes her one of the most dangerous and murderous women on the planet. She even killed her subordinates who witnessed the results of her catastrophic error in Midway City.

Although she has no metahuman abilities, Waller has tremendous determination and strength of will. These qualities, paired with her strategy and tactical skills and vast political influence, make Waller an extremely formidable opponent. Even before she became a director of various covert agencies, Waller earned herself the nickname “The Wall” due to her tenacity, ruthlessness, relentlessness, and resistance to compromise. In turn, this unintentionally makes her one of the most feared and respected people in the U.S. government.

Waller’s indomitable will is best displayed when Enchantress kidnaps her and threatens to torture her unless she reveals crucial information. Naturally, as the antagonistic “heroine” (depending on which side of her scope you find yourself on) that she is, Waller adamantly refused to disclose essential information, fearlessly insulting the Enchantress. Finally, knowing that Waller wouldn’t break under torture, Enchantress was forced to knock Waller out and telepathically probe her mind.

After she was captured and incapacitated by Enchantress in 2016’s Suicide Squad, Viola Davis’ Amanda Waller was actually rescued by the Squad — the very same people she influenced/blackmailed into working towards her own goals. However, her exceptional intellect, pretty surprising combat skills (like expert marksmanship), and her unwavering will inspire fierce loyalty from her subordinates. Of course, blackmailing them and implanting nano-bombs into their necks also helped.

But in the end, while being amoral, unempathetic, ruthless, and strict, Waller is not the DCEU’s monster. On the contrary, everything she does is ultimately for the national safety of the United States. And she’s not ungrateful either — after the Suicide Squad saved her and the world, she notably rewarded them by taking ten years off their respective prison sentences and generously granting their personal requests.

Though conceptualized as a strong, ruthless, high-ranking government official who operates from the shadows, Amanda Waller is not the villain of the DC Universe. Instead, she’s more akin to a badass lady who is willing to dip her hands in the mud to keep the monsters at bay. But sometimes, when one stares too long at the abyss, the abyss gazes back.

2021’s The Suicide Squad isn’t the last we saw of Viola Davis’ Amanda Waller. With Peacemaker’s spin-off series in the works, Davis is most likely to reprise her role as Waller in the series.