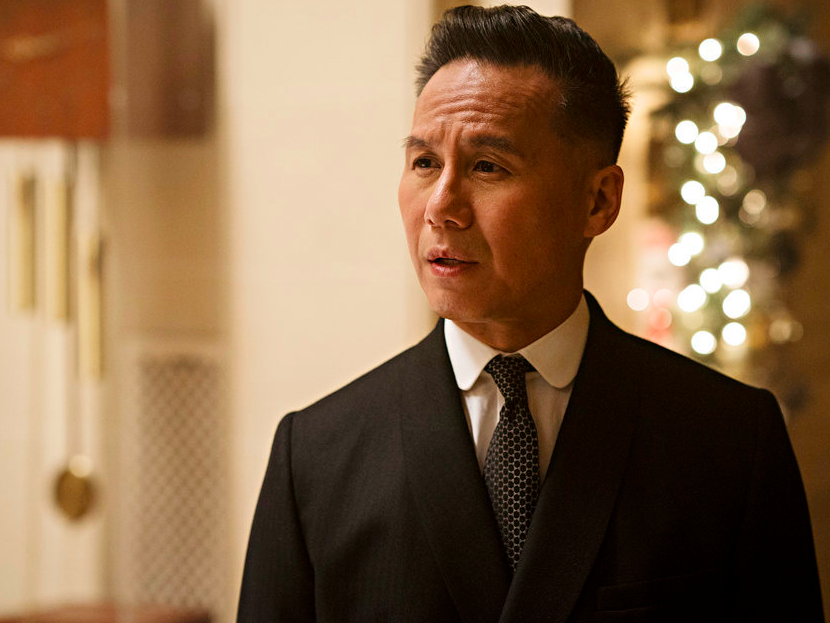 Hello friend, and welcome back to the series finale recap of the Mr. Robot episode “Forbidden”.

This recap is filled with spoilers, so if you have not seen the third episode of season 4, stop reading, watch and come back. We’re here to fill in any gaps that you may have missed. Now let’s begin, shall we?

In 1982, Whiterose Strikes a Deal With IBM

In a boardroom meeting with some IBM executives, Zhi Zang is offered a discount on all licensing fees to use their tech. This marks the beginning of Whiterose’s reign to steal all of IBM’s intellectual property. I completely forgot how grotesque the movie trailer was for John Carpenter’s The Thing was until now thanks to this episode. However, the biggest takeaway here is when Zhi Zhang reveals his true identity as Whiterose to his assistant/lover and the story of Whiterose and the Dark Army begins.

Zhi and his lover had hopes that he could become a U.S. Ambassador, instead, he is offered the position of Minister of State Security to China. Unfortunately for his lover, who is saving face by marrying a woman he doesn’t love, he is stuck in China which is not as accepting as the United States when it comes to homosexuality. Zhi says to be patient, but his lover sees it as surrender and tragically slits his own throat. Yikes!

Vera has returned and he’s back to drug pushing per usual. Seen wearing a Santa Clause hat and smuggling drugs into chickens (or possibly cornish hens), he hands them off to kids to give to his client. Merry Xmas. As it turns out, Vera has one of his henchmen following Elliot around to get information on him. Vera wants Elliot to be his business partner, not his prisoner. When the unnamed henchman doesn’t deliver he gets 2 bullets from Vera’s handgun.

Elliot Opens Up to Olivia Cortez

Olivia Cortez was Susan Jacobs’ contact at Cyprus National Bank and the Deus Group’s only national account manager. This means she has access to and is Elliot and Darlene’s entry point into their records. When Mr. Robot and Elliot break into her apartment, Elliot sees she has a bottle of Oxycotin and assumes she’s an addict. He decides he will blackmail her into giving up the security key since Olivia is also a single mother. However, during his meeting with Olivia, he tells her about his addiction to morphine (a true story for Elliot) as a way break down barriers and shares some real moments about himself to a complete stranger. Now that Krista is out of the picture, Olivia essentially becomes the therapy needs right now.

Whiterose knows he’s being played by Price and that Elliot has plans for him. With this knowledge, he decides to appoint Tyrell Wellick as CEO now that Price has resigned, which we learned last week. Tyrell informs Elliot of this news, but for Elliot quickly silences Tyrell and informs him that they’re being followed.