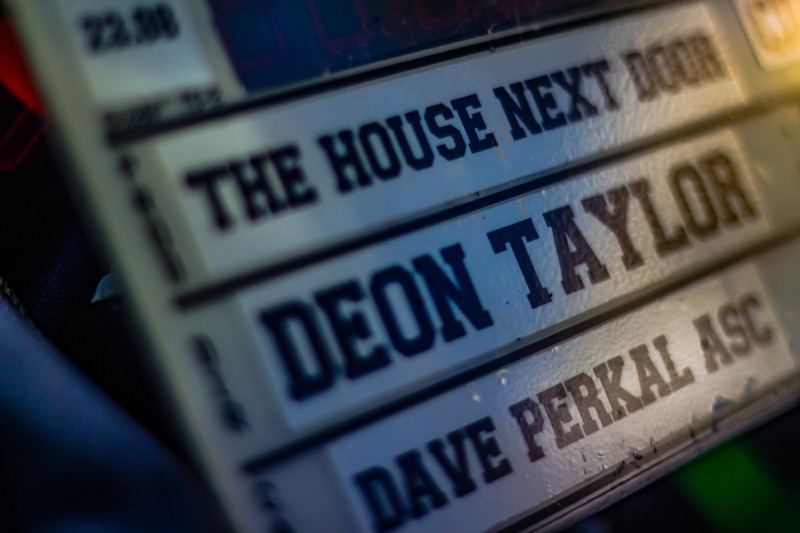 The House Next Door is the upcoming sequel to Deon Taylor’s 2016 horror-comedy film Meet The Blacks. Both films star Mike Epps as Carl Black, a father trying to provide for his family while also searching for his true calling.

“After surviving a night of terror and becoming a best selling author, over-stressed Carl Black moves his family back to his childhood home where he hopes to work in peace and quiet on a new book that he owes his publisher. But when his quirky neighborhood becomes host to a mysteriously extravagant pimp, Carl’s work is interrupted after his dead-beat cousin becomes convinced the new neighbor is actually a vampire and is trying to steal Carl’s entire family away. Carl is forced to team up with an oddball cast of neighborhood characters as they take the fight to the vampire pimp in a hilarious battle for Carl’s family… and the future of his old hood.”

1) This film is in the HORROR genre

While most of the cast from the first film will be reprising their roles, this will be a different film in that Taylor is dropping most allusions to comedy.

“I wanna take them out of the parody world and put them in a real, free standing world where now, it’s not about spoofing another movie, right? Or having all these cliché gimmicks, I wanted to really make a really dope movie where everyone is like, ‘Aw man, that was good as hell and I wanna see them again.’” –Deon Taylor, director of Meet The Blacks and The House Next Door

The kids are *mostly* all grown.

“We now find Ally, who is a college student and she’s home from college and again, they’re experiencing financial woes, right? … So [Carls Jr.] is like any other kid, he’s forced to kinda move around and then Ally is not subject to that but now she’s back from college and she’s like, trying to figure that whole thing out, you know? So it’s interesting. I think we don’t play with it that much but … I think we answer [how they’re doing], if that makes sense.”

3) Carls Jr. IS named after the restaurant

Everyone’s favorite little Blerd (who claims to be a vampire despite being terrified of the dark) is indeed called “Carls Jr.” Deon Taylor confirmed it.

“…he was super funny. [Alex Henderson] kinda developed his own little character and his own thing, I thought that was funny that he likes vampires and horror movies but he’s scared of the dark, because that’s something a little kid would do. This one, he is still the same exact way. I think this one, he finds himself where he’s like, ‘Oh my God, I’m really in that world now and what do I do?’ … It’s just like, now you think you’re tough and cool and all of a sudden now, vampires are real. So I think he’ll still have the same nuttiness, the same funniest but I think this movie will find him in a little bit more of a pre-teen world …”

4) Taylor caught some heavy criticism for the very valid truths he laid bare in the first spoof film. It’s a horror comedy, but it’s also a very real social commentary about how Black and Brown people are treated in wealthier white neighborhoods.

“I took a lot of heat from the first one because a lot of critics really knew what the core of that movie was.”

“…but then I had a lot of people that was influential who watched the movie like, “Yo, I kinda got a lot of the things that you were saying in there” which I thought was really cool. But I think what I’m pushing for in this one is to kinda, I don’t wanna say beat you over the head with a message, but I’ma hide the message a little bit better and I think this one will be hysterical, this one will be really, really funny. Mike Epps and Katt Williams together as the leads in a film … as the writer/director, I’m excited.”

5) Meet The Blacks and The House Next Door are movies where the protagonist doesn’t have it all figured out. He’s doing the best he can for his family, and that’s keepin it 100.

“At the end, the idea behind the movie was through all of the struggle and all of the fight and all of the bad things that we go through, sometimes those things bring you closer as a family and that’s really what the dynamic of the movie was. So whether you hated, “Meet the Blacks” or if you really liked it a lot, no matter what it was, that’s really what the story was at the center of it, you know what I mean? Through all that craziness and … that’s what happens in life. So I drew that from my personal experience. Like man, it seems like when you’re the most down or the most things are happening, that’s when you really need your family the most.”

The House Next Door began filming in Atlanta in October 2017.