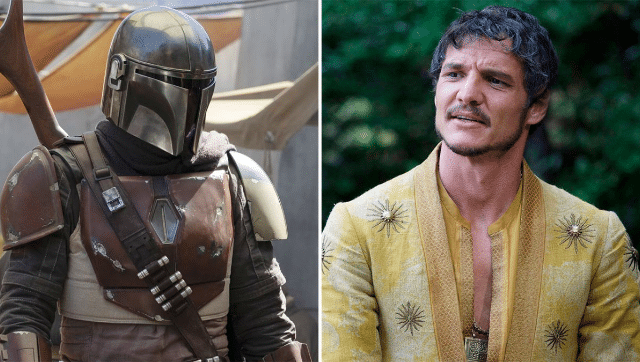 Sundays are usually the “down” days of festivals and conventions, but the Star Wars Celebration Chicago is not your ordinary gathering.

So, when I settled into my seat today, I was not expecting to see the beginning of a new era for Star Wars fans, especially those who stood by a character who’s not in the featured lineup (a member of the Skywalker family, Chewie, Lando, etc.). I am not alone. Casual Star Wars fans like me have yet to crack the surface of lore surrounding this intergalactic bounty hunter and his role in the Star Wars world. So, let’s delve into the lore and find out who is the Mandalorian and why is there a whole movie about him?

Who is the Mandalorian?

Is this about Boba Fett?

In Star Wars: A New Hope, we meet Boba Fett, but we learn more and more about him as the series goes along. He is the most famous Mandalorian in the fandom and is featured in every film in the Star Wars franchise. Fett is the prime clone for an army of super commandos made from one expert mercenary, Jango Fett. The story goes that Jango had one request, and that was to have the prime or first clone for himself. He wanted a son, and who better to have as a son than yourself, right? Anyway, you can see Jango and a very young Boba Fett in Star Wars Episode II: The Clone Wars.

He is a master fighter, hunter, and killer for hire, who ended up doing a lot of Jaba the Hut’s dirty work. His ride is Slave I, which he uses to travel the galaxies. Boba Fett is alive and serving Jaba during the time period covered in The Mandalorian. Thus, he is not the star of the new show.

This is a system where Boba Fett’s people come from and is where the show takes place. It’s a desert-like place that will remind you of the wasteland surrounding the Dark Tower in Stephen King’s books of the same name.

So, about the TV Show, Mandalorian.

During the panel at Star Wars Celebration Chicago, Jon Favreau (who created, writes, and directs the show) talked why the Mandalorian needed to be made.

“I had been working on this idea for a long time because it was really compelling to me what happened after the celebration of the Empire falling. The revolution is successful. What happens next? Now what? When you look throughout history, its fun at first but gets complicated very quickly. So, the idea is that world after Return of the Jedi and what would happen and the types of characters that would survive. What it was like until the New Republic took over. So, you have the vestiges of the empire. You have only the strong surviving. You have chaos taking over the galaxy.”

The stars are Pascal as the Mandalorian, Gina Carano as Cara Dune and Carl Weathers as Greef Carga. Kara is a badass mercenary and Carga is the head of a team of bounty hunters. In the series, Carga gets a special bounty that requires a well-known talent. He calls in the Mandalorian who picks up Dune along the way. Director Dave Filoni, the director of The Clone Wars series is working with Favreau to bring The Mandalorian to life.

I want to note here that each episode of the show will be directed by a very diverse and extremely talented roster: Deborah Chow (Jessica Jones and The Hill), Rick Famuyiwa (Dope, The Wood), Bryce Dallas Howard (Soulmates), and Taika Waititi (Thor Ragnorak and What We Do in Shadows). This roster along, which includes Filoni, is enough to herald a really great show.

Where can I find more?

The Mandalorian will stream on Disney’s new network Disney+, but not until November 12. Until then, you can find updates on www.starwars.com.