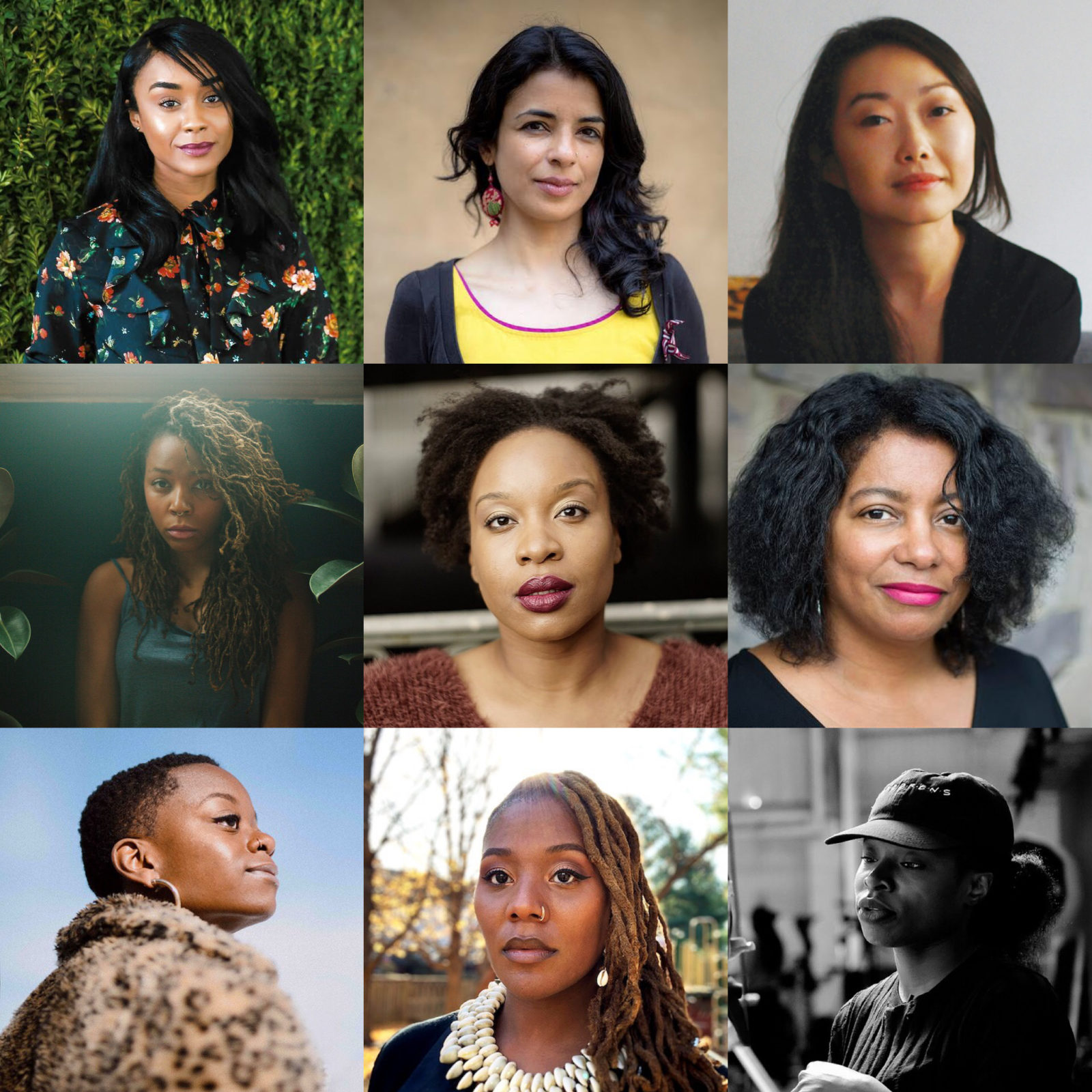 As Sundance is quickly approaching, many cinephiles are excited to see the impending films scheduled to premiere at this year’s festival.  Sundance launches the start of the film festival circuit each year and many films have gone on to win coveted awards.

Sundance begins this week Jan 24th and ends Feb 2nd. If there are any films you wish to see or support with women directors, check out the list below:

Always in Season / U.S.A. (Director: Jacqueline Olive) — When 17-year-old Lennon Lacy is found hanging from a swing set in rural North Carolina in 2014, his mother’s search for justice and reconciliation begins as the trauma of more than a century of lynching African Americans bleeds into the present. World Premiere

Animals / United Kingdom, Ireland, Australia (Director: Sophie Hyde, Screenwriter: Emma Jane Unsworth, Producers: Sarah Brocklehurst, Rebecca Summerton, Cormac Fox, Sophie Hyde) — After a decade of partying, Laura and Tyler’s friendship is strained by Laura’s new love and her focus on her novel. A snapshot of a modern woman with competing desires, at once a celebration of female friendship and an examination of the choices we make when facing a crossroads.Cast: Holliday Grainger, Alia Shawkat. World Premiere

The Nightingale / Australia (Director and screenwriter: Jennifer Kent, Producers: Kristina Ceyton, Bruna Papandrea, Steve Hutenski, Jennifer Kent) — 1825. Clare, a young Irish convict woman, chases a British officer through the Tasmanian wilderness, bent on revenge for a terrible act of violence he committed against her family. On the way she enlists the services of Aboriginal tracker Billy, who is marked by trauma from his own violence-filled past. Cast: Aisling Franciosi, Sam Claflin, Baykali Ganambarr, Damon Herriman, Harry Greenwood, Ewen Leslie. North American Premiere

Queen of Hearts / Denmark (Director: May el-Toukhy, Screenwriters: Maren Louise Käehne, May el-Toukhy, Producers: Caroline Blanco, René Ezra) — A woman jeopardizes both her career and her family when she seduces her teenage stepson and is forced to make an irreversible decision with fatal consequences. Cast: Trine Dyrholm, Gustav Lindh, Magnus Krepper. World Premiere

This Is Personal / U.S.A. (Director: Amy Berg, Producers: Amy Berg, Paul McGuire, Ruchi Mital, Joy Gorman Wettels and Rebecca Walker) — While the 2016 election catalyzed the Women’s March and a new era of feminist activism, Tamika Mallory and Erika Andiola have been fighting for their communities for decades. Their stories expose the fundamental connection between personal and political and raise the question: what’s intersectionality and can it save the world? World Premiere

Shooting the Mafia / Ireland (Director: Kim Longinotto, Producer: Niamh Fagan) — Sicilian Letizia Battaglia began a lifelong battle with the Mafia when she first pointed her camera at a brutally slain victim. Documenting the Cosa Nostra’s barbaric rule, she bore unflinching witness to their crimes. Her photographs, art, and bravery helped to bring an end to a shocking reign of slaughter. World Premiere

Sister Aimee / U.S.A. (Directors and screenwriters: Samantha Buck, Marie Schlingmann, Producers: Bettina Barrow, David Hartstein, Katherine Harper) — In 1926 America’s most famous evangelist is a woman. And she’s looking for a way out. Fed up with her own success, she gets swept up in her lover’s daydreams about Mexico and finds herself on a wild road trip towards the border. Based on true events. Mostly made up. Cast: Anna Margaret Hollyman, Michael Mosley, Andrea Suarez Paz, Julie White, Macon Blair, Amy Hargreaves. World Premiere

Delivery Girl / U.S.A (Director and screenwriter: Kate Krieger) — Tricia is a woman struggling with her identity, living in a fiercely Catholic household leading a double life, selling drugs to make ends meet and carrying on an affair. She fights for the courage to embrace her future as the first of many delivery girls. Cast: Kate Krieger, Adam LeFevre, Liz Larsen, Joe Holt. World Premiere

Edgecombe / U.S.A. (Director: Crystal Kayiza) — Through the deeply personal truths of three local residents, an examination of the ways trauma repeats and reinvents itself in rural Black communities.

The Field / France, United Kingdom, India (Director and screenwriter: Sandhya Suri) — A poor agricultural laborer leads a double life in the village’s last remaining cornfield. But the harvest is approaching.

The Rat / U.S.A. (Director and screenwriter: Carlen May-Mann) — It’s Halloween night, and Renee is madly in love with Jim. On their way to a party, Jim detours to a haunted house, where Renee is forced to confront a terrifying situation. World Premiere

Adalamadrina / Spain (Director: Carlota Oms, Screenwriters: Joan Pàmies, Carlota Oms) — While she claims to be an expert in sex and love on YouTube, Ada can barely speak to her gym trainer, with whom she’s madly in love. When she sets her sights on him, everything changes. International Premiere

How Does It Start / U.S.A. (Director and screenwriter: Amber Sealey) — With her self- absorbed parents distracted by their recent divorce, twelve-year-old Rain is left alone to navigate the complexities of love and adulthood, and learns to do it her own way. World Premiere

Hot Dog / Germany (Directors and screenwriters: Alma Buddecke, Marleen Valien) — Hannah, in a love-hate relationship with her vagina, chronicles how her feelings towards her sexuality have changed over time. Like that one moment when she discovered the vibration function of her PlayStation controller. International Premiere

Feathers / U.S.A., (Director A.V. Rockwell) — Elizier, an emotionally dejected new enrollee at the Edward R. Mill School for Boys, must overcome memories of a tragic past and current hazing by his peers in order to tackle larger issues dominating his young life.

Fuck You / Sweden (Director and screenwriter: Anette Sidor) — Alice is together with Johannes but she doesn’t have enough space to be herself. On a night out with friends, she steals a strap- on and challenges her boyfriend’s thoughts about girls. U.S. Premiere

Reneepoptosis / U.S.A., Japan (Director and screenwriter: Renee Zhan) — Three Renees go on a quest to find God, who is also Renee. As they traverse the mountains and valleys of Renee, they discover all the great joys, sorrows, and mysteries of being Renee. U.S. Premiere

Suicide By Sunlight / U.S.A. (Director: Nikyatu Jusu, Screenwriters: Nikyatu Jusu, R. Shanea Williams) — Valentina, a day-walking Black vampire protected from the sun by her melanin, is forced to restrain her bloodlust to regain custody of her estranged daughters. World Premiere

Desires of the flesh / Brazil (Director and screenwriter: Rafaela Camelo) — Blessed be the Sunday, that it is the day to see Giovana. International Premiere