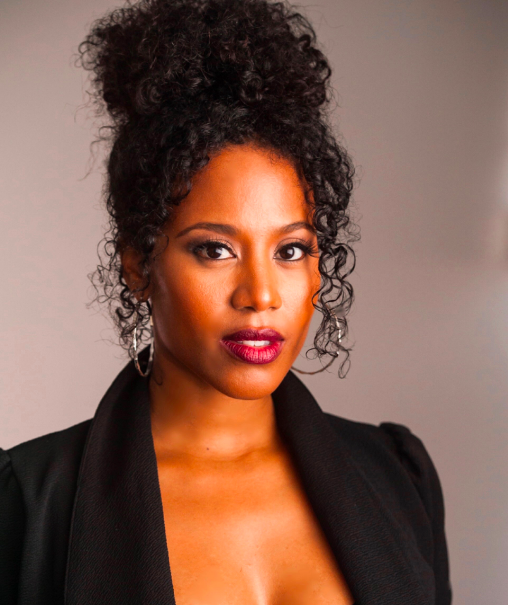 If you haven’t seen Tyler Perry’s Ruthless yet, you may still recognize actress Stephanie Charles from roles on Shameless, NCIS, or The Paynes (Perry’s House of Payne spinoff set to start its second season on BET+ later this year).

Ruthless is the third of three Perry-produced projects (including Sistas and The Oval) on BET’s streaming channel, BET+. It is a 24-episode one-hour drama about a wife (Charles) of an FBI agent (Blue Kimble) who goes undercover to expose a cult but when her husband doesn’t check-in, she starts to do what she can to save him and their family.

Among other subjects, Charles talked her second time around with Perry, the shooting schedule for Ruthless, and the elephant in the living room, COVID-19.

Twenty-four episodes is a lot. How long did it take to film these?

Omigoodness, we filmed in about thirteen days, so you can imagine how fast we shot.

All done on location at Tyler Perry’s Atlanta studio?

Yes. Yes. We shot at his Atlanta studio.

Tell me a bit about your character?

My character is Sarah. She is married to Andrew, who is an FBI undercover agent investigating the cults. Normally I reach out [to him] but he hasn’t contacted me in days, almost a week, and I’ve been getting really nervous trying to find out where he is. I pretty much take matters into my own hands. It gets a little unreal.

In your opinion, what kind of message does a story like this tell?

In my opinion, you should know who you are and don’t just follow — be strong in yourself and beliefs and not in false prophets.

You’ve worked with Tyler Perry before. He has a certain style. Did you find that with this series or how has it changed?

This story is so different from what he normally does. It’s really, really not a typical Tyler Perry story. It’s really dark and gritty, and it’s something new for him. I am so proud to be a part of something that he is doing that is new. It’s really exciting.

Could you explain how is it different?

It’s dark in that — if you know anything about cults, what they do and how they manipulate people — that is what is going on.

Has Perry’s style of directing changed?

I think it’s pretty much the same. You direct according to the story.

What was it like on set to shoot in such a short amount of time?

It was fun. You have got to step your game up. It was like a boot camp, and you leave the situation a lot better in your skills. We moved fast. He usually took one shot, one take, and if you needed something different, you’d get two [takes] at the most. You really had to be prepared to go. It was intense, but it was really good. It was great.

For my character — we shot in two weeks — so I worked two days the first week and the following week was every day. The first week we rehearsed as much as we could. I was always rehearsing with my scene partner. The second week you get up at six o’clock in the morning, get ready, get dressed, then we would just knock it out back to back, on to the next. That’s really how it was scene to scene.

Actually, I was born in Boston so I actually am a U.S. citizen. I just lived elsewhere from two until seven years old. I just want to correct that.

Oh, thank you for that correction. I am still interested in your thoughts.

I don’t like to discuss politics so much. I like to keep that to myself and the people around me. But let’s just say that I’m not particularly happy with the current people in office.

Well, you would not be alone in that.

Now that Hollywood is shut down, how are you keeping in touch with your colleagues, your reps, and people in the industry that you are friends with?

With the COVID situation? Right now, with texting, we’re group texting. We go to telephone conferences. I do accountability every Tuesday/Thursday with one of my good friends and with my business partners. We meet every Wednesday night via Skype to continue talking about our projects.

So we’ve been keeping in touch. The first few days I had to wrap my mind around everything. I am still trying to figure out my new normal and my schedule; on what to do and still keep a positive outlook. How do you balance knowing what’s going on in this world and the reality of it and then at the same time still be optimistic? I am still grappling with it. I am not going to lie.

How are you staying safe?

I’m staying in the house most of the time. I am kind of getting cabin fever but I have been good. When I go out to the grocery store I wear my gloves and my mask, but I haven’t been outside in a while. I probably just need to at least step outside on the balcony and get a breath of fresh air.

Join Us For an IG Live Conversation with Yvonne Senat Jones, star of Tyler Perry’s ‘Ruthless’