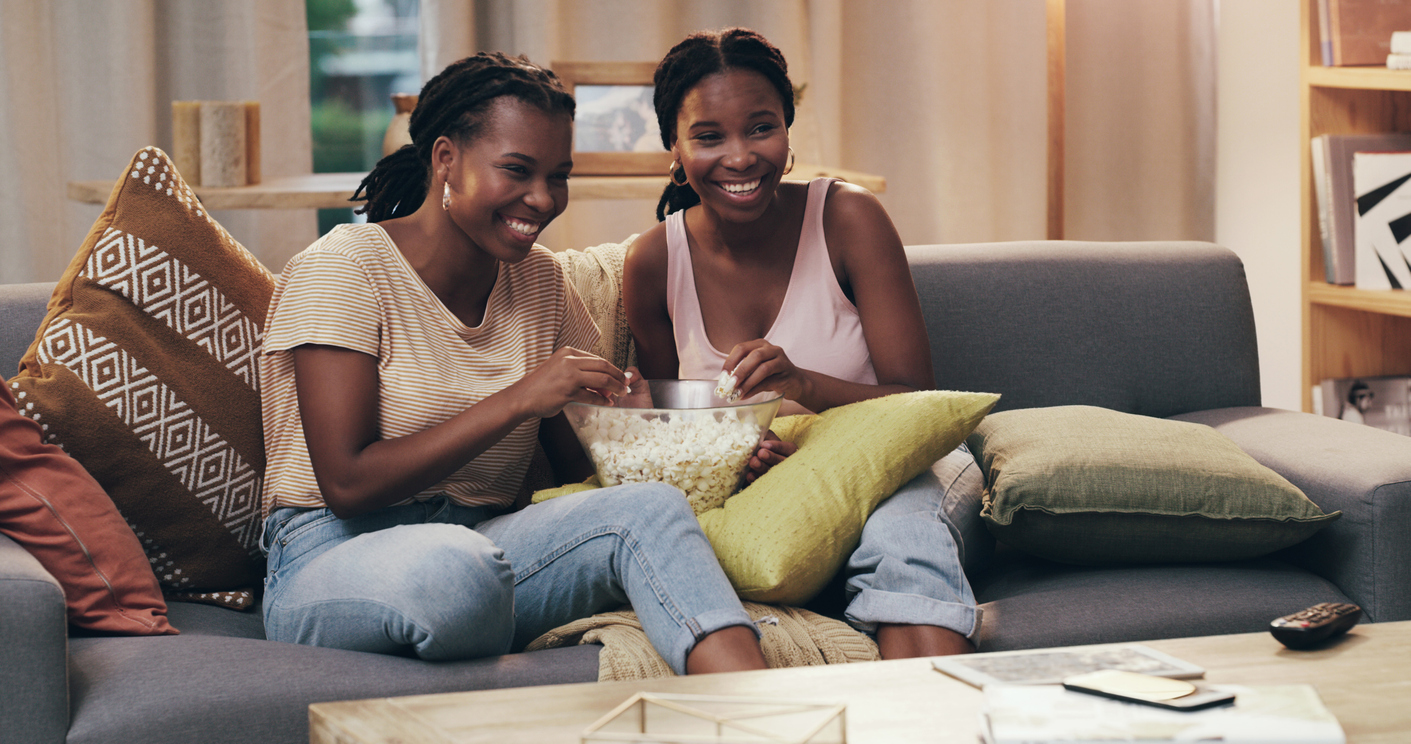 When art reflects the world around us, it has the power to teach us about our history and offers insight into lived experiences. Movies can do that, especially those relevant to Black history and culture. It pushes the need for Hollywood to align media with how the world we live in looks.

According to the most recent UCLA Hollywood Diversity Report, the United States population is currently 40% non-white, but our media is still catching up to that reality. People of color are still underrepresented in the industry, from onscreen leads to directors and writers.

I chose 15 films that celebrate Black culture that we shouldn’t miss. Add these to your watchlist for Black History Month and all year round.

Richard and Mildred Loving, an interracial couple, fall in love and marry in 1958. They grew up in Central Point, Virginia, which was more integrated than other areas in the South. But it was the state of Virginia that first jailed and then banished them. Richard and Mildred relocated with their children to Washington, D.C., but they try to find a way back to Virginia.

During World War II, the Civil Aeronautics Authority selected 13 Black cadets to become part of an experimental program at the Tuskegee Institute in Alabama. The program aimed to train “colored personnel” to become fighter pilots for the Army. These cadets faced discrimination, lack of institutional support, and the racist belief that they lacked the intelligence and aptitude for the job. Despite all these challenges, this group became known as the Tuskegee Airmen and proved them all wrong.

In 1946, Jackie Robinson – played by Chadwick Boseman – is signed to the Brooklyn Dodgers, despite the color barrier. It’s a heroic act, but Robinson faces racism from the press and his fellow players. I respect Jackie Robinson so much for his courage and the ability to restrain. He was always kind, even though people treated him badly. He let his talent speak for itself.

Three brilliant African-American women at NASA (Katherine Johnson, Dorothy Vaughan, and Mary Jackson) serve as the brains behind one of the greatest operations in history: the launch of astronaut John Glenn into space. This film speaks to the hearts of all the black girl nerds who may have hidden behind their smartness.

Jamie Foxx earned every bit of the Academy Award for his portrayal of musician Ray Charles. He brought Charles to life, unlike anything I’ve ever seen. He loses his sight at the age of 9, and his mother instilled in him to never feel sorry for himself. The film shows his journey on the music scene and his struggles with drug addiction.

Big Mama falls into a coma during an operation to amputate her leg and throws the Joseph family into chaos. Maxine (Vivica A. Fox), aunts Teri (Vanessa L. Williams), and Tracy (Nia Long) struggle to adjust to the family matriarch’s absence. What I love about this film is the tradition of Sunday family dinners. It reminds me of my childhood and how food always brought everyone together.

Most of us have seen The Wizard of Oz. Well, The Wiz is something beyond! It’s on another level that you just have to see. You can’t get any better than Diana Ross as Dorothy and Michael Jackson as the Scarecrow. The same story but told in an urban way.

A Raisin in the Sun

No disrespect to the 2008 version starring Sean Combs and Phylicia Rashad, but it’s the 1961 version with Sidney Poitier for me. It’s a popular play written by Lorraine Hansberry about a newly widowed woman. She receives a large insurance payment, but her family divides over how to spend it. This explores the reality that money doesn’t always bring salvation and happiness.

From May through November 1961, more than 400 Black and white Americans traveled through the South together for a nonviolent protest. This violated the Jim Crow laws that segregated the transportation system. It’s difficult to learn of their journey, the beatings, imprisonment, and terrible racism. But it is necessary to watch documentaries such as this, so we know what those before us endured.

Do the Right Thing

I saw this film in high school, and it changed me. That is the power of a Spike Lee joint. In a Bed-Stuy neighborhood, bigotry exists and turns into violence within 24-hours and impacts the people who live there.

Speaking of a Spike Lee joint, this film is one to add to your watch list. Four Black veterans return to Vietnam after serving there to recover the remains of their squad leader. They come against many obstacles to bring him home — not to mention the gold he helped them hide. It stars the late Chadwick Boseman. It’s quirky. For me, a roller coaster of emotions.

Harlem 1950, a young woman falls for an aspiring saxophone player she meets in her father’s record shop. It’s a romance story that survives changing times, geography, and even their professional careers.

One Night in Miami

Imagine Malcolm X, Muhammad Ali, Jim Brown, and Sam Cooke getting together for one night. Oh, to be a fly on the wall for that one. This is Regina King’s directorial debut, and she did an amazing job. These greats discuss their roles in the Civil Rights Movement and the cultural fabric of that time.

I Am Not Your Negro

Based on an unfinished James Baldwin book, Remember This House, I Am Not Your Negro examines race in America through Baldwin’s recollections of Medgar Evers, Malcolm X, and Martin Luther King Jr.

A Most Beautiful Thing

A sports movie for people like me who think they don’t like sports movies. This one chronicles the first African American high school rowing team in the country made up of former members of rival Chicago gangs. Yes, indeed a beautiful thing.

6 Cities to Visit for Black Culture