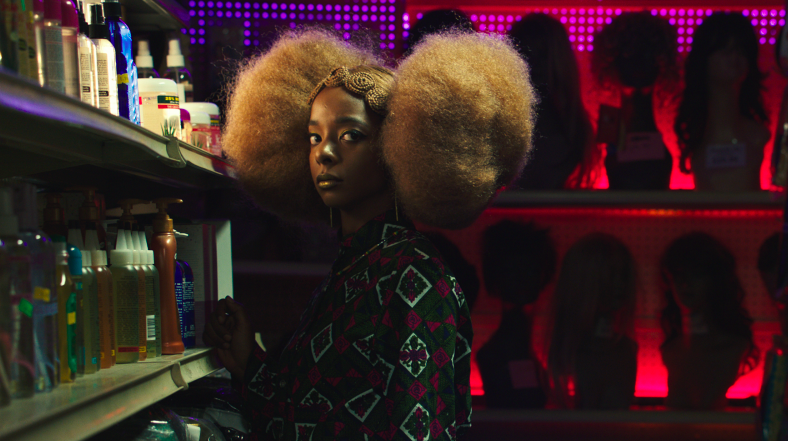 BGN is highlighting HBO’s Short Film Competition shorts presented at the 2018 American Black Film Festival (ABFF). The festival runs June 13th-17th in Miami Beach, Florida.  This is the same competition that awarded director Ryan Coogler back in 2011. The following are five short films in competition in which one lucky filmmaker will earn a grand prize of $10,000 awarded by HBO at the “Best of the ABFF” Awards Presentation on June 16, 2018, with runners-up each receiving $5,000. All finalists will have the opportunity to have their entries licensed by HBO for exhibition on the HBO service, HBO Go, and HBO Now. Below are my reviews of the films featured in competition.

Days After Your Departure 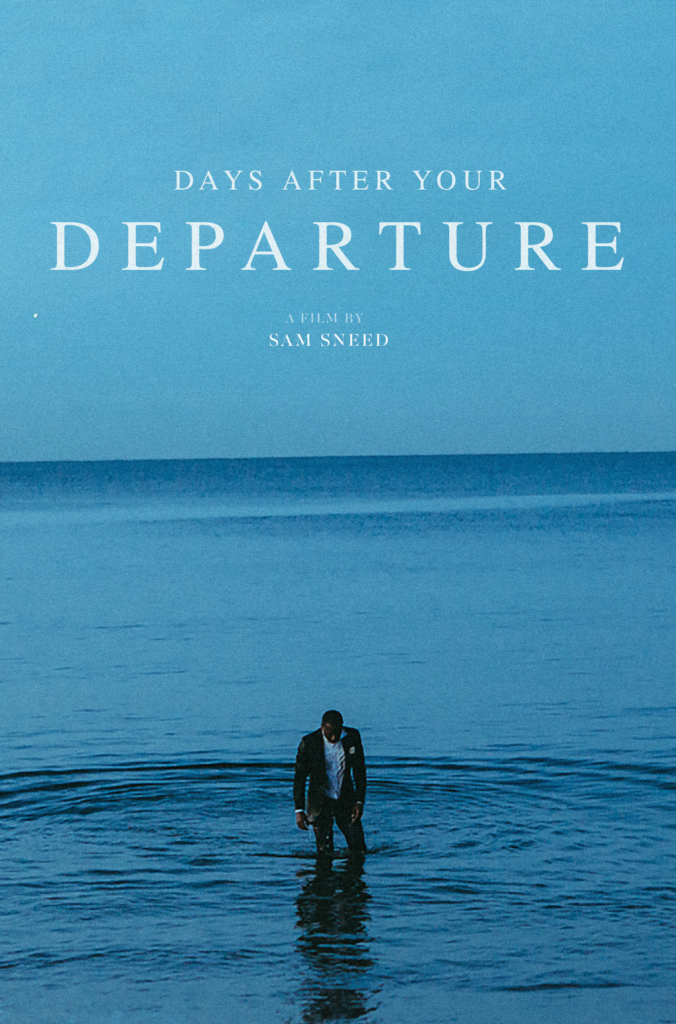 Let us begin with the 9-minute short Days After Your Departure directed by Sam Sneed and produced by Akshay Bhansali and Chad Gittens. The film is written by and stars Joekenneth Museau.

Synopsis: After losing his mother to a yearlong battle with cancer, Joekenneth Museau is left to question the meaning of his own existence.

“A boy becomes a man after he buries his mother.” – Unknown

Visual essayist Joekenneth Museau shares the story of the aftermath of dealing with his mother’s passing. It’s been a whirlwind for him, and through this short, he expresses his trauma in a beautifully narrated spoken word about his mother.  Various avant-garde shots of Museau in the ocean along with old polaroids and photographs of his mother in her prime whimsically transitions from one scene to the next as he shares this provocative story. The use of a hand-held camera as it pushes in to scrutinize deep into the eyes and metaphorically into the mind of our protagonist gives the audience moments of empathy as we can feel the pain of his loss.  It’s not too dark, and illustrates its moments of levity and joy. The film does have the choreographed look of a music video from quick jump cuts to meandering camera moves that wander aimlessly.  However, there is a deeper story here that does have its beginning, middle, and end. Days After Your Departure delivers a poignant message about love and loss. It’s heartbreaking at times and joyful in others. In just the brief moments we get to experience this narrative with Museau which is palpable — we see what he feels.

Synopsis: A group of young Black and Latino boys come home to their worst nightmare: An unconscious White girl on the floor of their apartment. Faced with this emergency, they weigh the pros and cons of calling the police.

Directed by Carey Williams, this terrifying tale about a group of friends who find an unconscious white girl on the floor — will have you on edge during several of the 11 minutes of this short film.  Starring Darrell Lake, Jason Woods, Peter Pasco, Michael Segovia, Shaw Jones, the story takes on on a journey that asks what would you do in the situation as a Black or brown youth living in a state-sanctioned violent society? Could the color of your skin be a death sentence in the wrong circumstances? When Kunie and Sean see what appears to be a lifeless body on the floor of their apartment — Kunie immediately wants to call 911, but his friend Sean advises against it. Sean doesn’t have any malicious intent with his reluctance to call for help but instead is concerned for his safety and the safety of his Black friend Kunie and his Latino friend Carlos who may be the target of suspicion by the police. Emergency is produced by Joenique C. Rose and written by K.D. Davila. The short was the 2018 winner of the Special Jury Award at Sundance and the 2018 winner of Best Narrative Short at SXSW. The story was compelling, and due to its length sadly doesn’t explore more as to why Sean is so adamant in not contacting law enforcement, even if it means compromising the life of this young girl. As much as I did understand the circumstances, I would have liked for his motives to be scrutinized a bit more. There were times where the plot seemed to lack some plausibility, but overall the film’s message stayed intact.

Think of Jordan Peele’s Get Out meets Billie Woodruff’s Beauty Shop. This crossover is exactly what you can expect when you watch the short film Hair Wolf written and directed by Mariama Diallo and produced by Valerie Steinberg. The opening shot features a gorgeous naturalista at a beauty supply store who is confronted by a white girl who wants to — dare I mention it — touch her hair! [Cue the suspenseful music]. This horror-comedy takes an interesting turn when Blackness is slowly being stripped away from Instagram selfie-obsessed white women seeking to devour what is left in the Black community. It’s an interesting take on racial social commentary integrated with elements of humor. Filmmaker Mariama Diallo says the film was inspired by a conversation she had with her boyfriend where she misheard him after seeing a braid of hair on the ground and she thought he said “brain”. The concept of zombies and hair birthed the idea for Hair Wolf. The short film was also the Jury Award Winner at Sundance this year. The short stars Kara Young, Taliah Webster, Madeline Weinstein, Trae Harris, and Jermaine Crawford. I personally would have liked the idea of the zombie hair movie as opposed to the social commentary satire we got in Hair Wolf — especially given the fact that Jordan Peele executed it so perfectly in Get Out. Seeing something a bit more unique would have been a gem in this short film, however, I enjoyed the idea of these horrifying white women encroaching upon the patrons in this salon and using Black culture for their own selfish interests.

Synopsis: Moths & Butterflies follows Lenny, a socially awkward, schizoaffective man & Cherisse, a high energy boundless soul, as they try to accept themselves in this New York tale about mental illness, love, and the longing to be understood.

Mental illness in the Black community continues to be a sensitive subject that is swept under the rug and tucked away like a dirty secret.  In Moths & Butterflies, writer/director Alfonso Johnson tells a beautiful story of a man dealing with the challenges of his mental health and how to navigate relationships and coming to terms with his own struggles in contemporary New York City. Produced by Alfonso Johnson, Garry Glasco, Eric Branco, Damon Diddit, Philippe Pierre the film stars Amari Cheatom, Gillian Glasco. Cherisse (Gillian Glasco) is a free-spirited ball of energy that knows Lenny (Amari Cheatom) and makes an attempt to reconnect with him sharing her affection for Lenny and hopes he can open up to her. Johnson does a fantastic job of making Lenny more relatable and empathetic as opposed to someone who is a detached outlier. Sadly, the trope of the oddball mental patient is often depicted in fiction, but we do not see that here. One fun fact about the filmmaker Alfonso Johnson — he starred in the HBO series Boardwalk Empire. Johnson wrote these characters beautifully as seen through Cherisse, who herself also seems to be someone dealing with anxiety and discusses her own challenges that she’s dealt with and worked out with her therapist. The story is both beautiful and brilliant — one that is needed to be told more often. 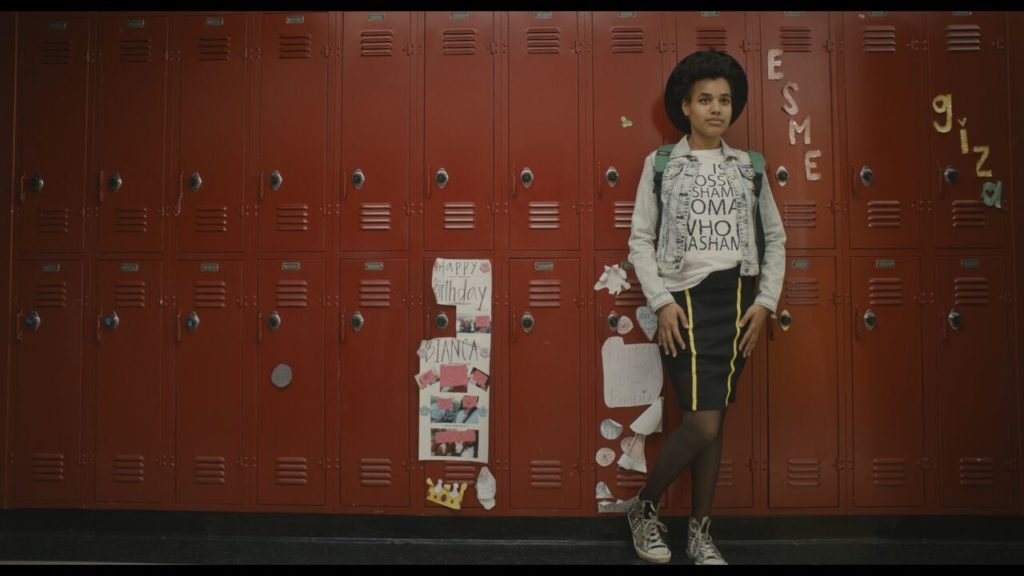 Synopsis: Brandy, a high school tomboy, comes to terms with her sexuality when she decides what she’ll wear to the prom. At its core, this film tackles issues of sexuality, gender and the realities young, Black women face as they come-of-age in modern society.

Directed by Thembi L. Banks, Suitable is a story about a girl who is awkward, shy and coming to terms with her sense of identity.  We learn in this story that Brandy (Kelli Jordan) who dresses like a tomboy and doesn’t share the same feminine qualities as her friend Ashley (Tiffany Tenille) is trying to muster up the courage to ask out Jason (Derick Anthony) to prom. However, things take an odd turn when her perceived sexuality is brought into question by her peers and close friends. Suitable is produced by Ashley Chrisman and written by Rochee Jeffrey. The storytelling in this short has an inquisitive approach, as I was watching I felt just as curious as the protagonist Brandy.  The message it delivers, in the end, is a good one — things aren’t always as they seem and never judge a book by its cover.

The HBO Short Film Competition list is impressive this year and it should be noted that two out of the five films presented this year are directed by women. The competition will take place June 14th 6-8pm ET at New World Center, Performance Hall. For more information on presenting films at ABFF, go to abff.com.