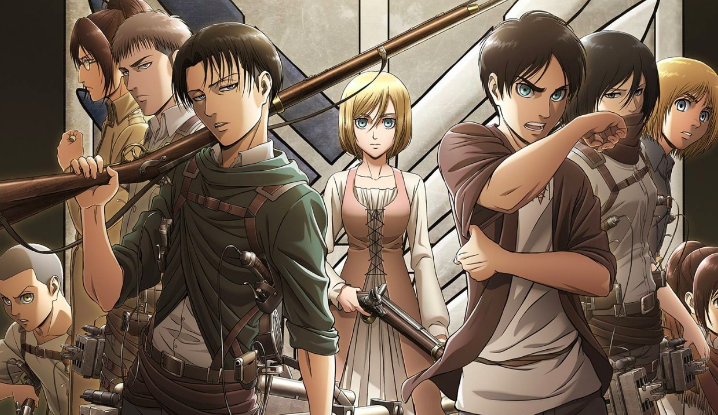 Fans are celebrating the 2020 arrival of Attack on Titan’s final season. First released in 2013, the popular anime series has aired for 7 years. From the traumatizing violence of the ravenous Titans to the awesome fight sequences and millions of Scout cosplays later, AOT has changed the anime game.

Warning: The following contains spoilers from Attack On Titan Seasons 1–3, which was adapted from the manga series by Hajime Isayama and directed by Tetsuro Araki.

The anime community will be graced with an exciting new season of Attack on Titan in October 2020. It is set to run for 24 episodes, while the manga series will continue beyond the television series. At the end of May, the trailer was released, giving many viewers questions about the upcoming season. Some may not know that Yuichiro Hayashi has taken over as the director for Season 4, so there will be changes in the storytelling style.

It’s not just a matter of switching directors either, as Season 4 was created by an entirely different studio than Seasons 1–3. The fourth season was created by MAPPA Studios instead of WIT Studios. There are noticeable changes in the trailer, as the animation style is quite different from that of all previous seasons. The character’s faces appear to be less cartoonish and more realistic. There are also some vivid cinematic affects that look promising.

With credits like Kids on the Slope and Yuri on Ice, MAPPA Studios has a winning reputation in the anime community. Season 3 gave audiences new revelations about the world beyond the walls. While many fans are aware that Eren and his friends are not the only humans, there is a huge detail that may change the way viewers view not only Season 4, but the entire series.

During a video interview with TBS on June 7, Isayama announced that there’s only 5% of the manga story left before Attack on Titan finishes completely. His appearance shocked fans, as he seldom agrees to interviews. He shared with interviewers that he’s actually excited for the series to end, as it will be like crossing a finish line after a long marathon. For fans that have been around from the beginning, this statement rings true.

Although many fans are mourning the end, Isayama is sure to leave both anime and manga followers hopeful for some amazing payoffs on page and on screen. He shared that his inspiration for the morbid series came from a movie he watched when he was 19 featuring an alien takeover that wiped out humanity. He was also inspired by Jurassic Park and other suspenseful films.

The updates that many fans are unaware of are how Isayama will be incorporating iconic manga scenes into the final season of the anime series. During the interview, he mentioned, “MAPPA will faithfully adapt the scene where Mikasa gets double teamed by Levi and Armin,” which is a manga fan favorite. The best update that will hearten fans is that Studio Mappa’s story editor Masato Yoshitake has been brought over from WIT Studios to continue her work on adapting the story. While there will be animation changes, the story shouldn’t be any more outrageous that is has been for the last few seasons.

Although there is little known about the specific storyline of Season 4, there are definitely a lot of questions and loose ends that should be tied up by the end. Fans are still eager to know more about the Titan origins, history of the human race, and if Sasha will ever steal another potato.

Last season, audiences finally learned the basement secret and what led to Eren’s incredible Titan powers, and it was disturbing. Additionally, the freedom that the Scouts dreamed of finding across the sea only seems to promise more conflict and pain.

As the trailer suggests, the last season will be introducing new warriors, new titans, and an entirely new world. The ending of the trailer declares an epic war and highlights different types of Titans that have never been seen before.

Audiences can look forward to another blood bath and more haunting character deaths that will break their hearts. Many fans are wondering if this will be a type of Final Destination sequence of events, or if there will actually be more triumph for the Scouts in the final season.

The most shocking update may actually be what Isayama expressed he would like to do after the series is complete. He had two very shocking replies. The first was to try his luck on “black comedy” and the second was to own his own sauna. From an apocalyptic world of deadly giants to pursuing black comedy and owning his own sauna, Isayama remains a man full of surprises. Fans will have to stay posted for what comes next. Without a doubt, it’s going to be one wild ride.