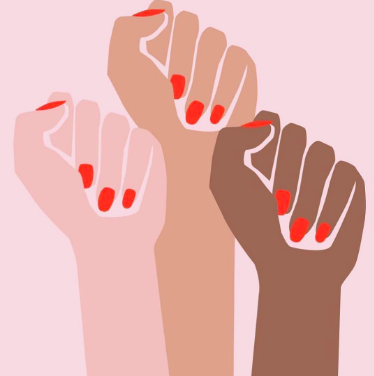 The reports are out and the polls in Nevada are swinging positively towards Democratic Socialist Bernie Sanders, yet women of color voters are still on the fence.

According to a press release that came out today,  She the People, a national network of women of color in politics, released a new poll conducted by Anzalone Liszt Grove Research gauging women of color’s opinions on the Democratic Primary contenders less than one month out from the Nevada caucus. The multimodal poll surveyed Democratic women of color likely to attend the caucus and asked about their first and second choice candidates, issues that were important to them, and demographic information.

“For Biden, Sanders, Warren, and Steyer — this race is still a complete tossup. The candidate who best inspires women of color will win Nevada,” said Aimee Allison, Founder and President of She the People. “Buttigieg, however, has virtually no support from women of color, which suggests he will not win support in states like Nevada where women of color are a sizable part of the electorate and therefore has no path to win the nomination.”

It’s no surprise that Mayor Pete Buttigieg has little to no support from women of color. He’s failed miserably in the area of Black support since the release of his Douglass Plan for Black America — quickly released as a form of damage control after removing the first and only Black police chief in South Bend, Indiana for secretly taping officers’ phone calls. Which in turn, caused a disaffected relationship with the Black community in the small town. He botched handling the investigation of the death of Eric Logan, an unarmed Black man shot to death by a white officer who had his body cam turned off at the time. If Buttigieg can’t handle race relations in his small town of South Bend, Indiana with a population of over 100,000 people how can he bridge the racial divide in a country of millions?

Women of color make up 26% registered Democratic voters in Nevada, making them a core constituency for candidates to win the caucus and beyond, according to voter registration records.

Toplines from the poll:

“The most interesting finding of this poll is that a high percentage of likely women of color voters in Nevada are still undecided,” said Mayra Cuevas of ALG Research. “Taking into account that 26% of registered Democratic voters in the state are women of color make these numbers even more striking — it’s clear that candidates should be in overdrive right now to court the votes of this constituency.”

Women of color voters need to be targeted, and as Bernie Sanders surges — the message of his policies for systemic changes to healthcare, the economy, living wages, climate control, debt cancellation, housing for all and so much more are issues that adversely impact women of color more than any other group.

Mainstream news media and the Democratic establishment have both been working overtime to push against Bernie Sanders and his agenda for a better America which is either block his message from voters by omitting coverage on mainstream media by way of the #BernieBlackout or to run a smear campaign on him to turn voters to an establishment Democrat.

One thing should be clear for NV women of color voters, if they consider Joe Biden as their candidate, they may want to look into his history when it comes to race because it’s not good and the recent cutting off of social security controversy is just the icing on the cake. Just as Mayor Pete has little Black support because of his issues with his hometown, Biden’s history should speak for itself when it comes to the African-American community and how he has supported policies that have further marginalized us.