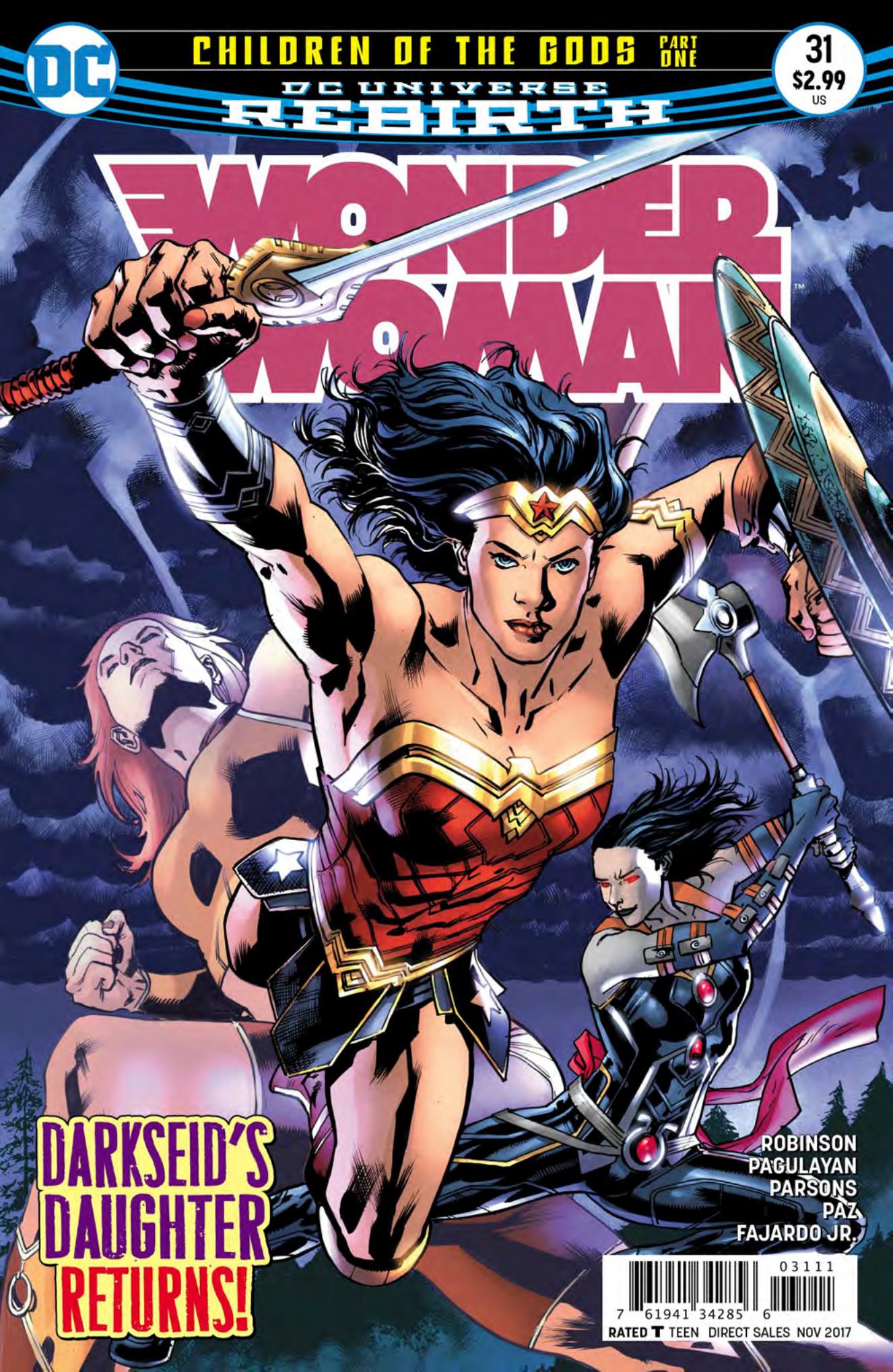 **NOTE: spoilers for Wonder Woman: Children of the Gods below**

Wonder Woman: “Children of the Gods” is DC Comics’ newest arc in the Rebirth series. In this first issue, an old foe returns to obtain revenge on the old gods, and Wonder Woman learns surprising news.

In part one the daughter of Darkseid, Grail, is on a mission to take the life force of Zeus’s children in order to restore her father to his full strength. Grail finds one of the demigods living as a recluse in a small Oregon town, and a battle ensues.

Some time after, Wonder Woman and Steve Trevor are approached by a man who introduces himself as Blake Hooper, a probate lawyer. Mr. Hooper informs Diana she has become the majority holder in an estate he represents. As Diana is dealing with the surprising news of her inheritance, Grail and Darkseid decide that they will seek out and destroy all of Zeus’s children on earth.

As someone who hasn’t read comics in more than 20 years, I am glad to say that I enjoyed my first foray back into this world of superheroes. Following the record breaking success of the Wonder Woman film starring Gal Gadot, I was excited to see where Diana’s story was heading. As someone who loves the character of Wonder Woman and is fascinated with Greek mythology, the “Children of the Gods” story-line is intriguing to me. For me, part one is a great introduction to this new chapter in Wonder Woman’s story, not only for seasoned comic readers, but also for those interested in reading comics for the first time.

Wonder Woman #31 “Children of the Gods”, is written by James Robinson, with art by Carlo Pagulayan and a cover by Bryan Hitch. Wonder Woman #31 goes on sale on September 27, 2017. For up-to-date information, follow @DCComics on Twitter.