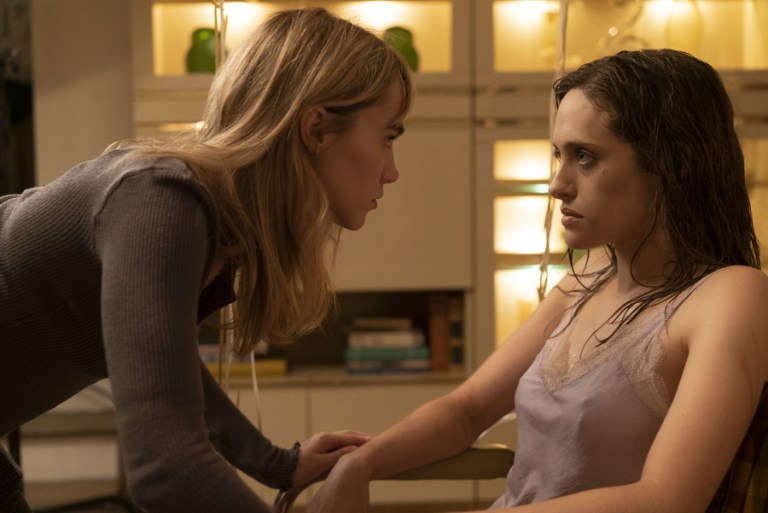 New Year, New You is the newest episode of the Hulu horror anthology series Into the Dark. Produced by Blumhouse Television, Into the Dark features a new “super-sized episode” every month. Each episode of the series centers on a holiday found in the month the episode is released on. This month’s episode is set during New Year’s. New Year, New You starts subtly, but once you unpack the layers, it makes for a pretty good watch.

Sophia Takal, director of the critically acclaimed thriller Always Shine, is the director of this episode. This episode features an all-female cast, which makes it fitting that it’s also Blumhouse’s first horror film directed by a woman. In New Year, New You, a group of girlfriends come together on New Year’s Eve and reconnect in one of their childhood homes. Three out of the four women have remained friends and kept in touch, but there is one friend (Carly Chaikin, Mr.Robot) who has become distant due to her influencer lifestyle. Everything seems fine when they reconnect, but after observing their interactions it’s obvious that there’s some tension. After the girls play a game of “Never, Have I Ever,” the happy-go-lucky reunion takes a dark turn. Soon, they unveil the big secret that these friends have been hiding since high school.

Carly Chaikin plays Danielle, the YouTube influencer who’s all about self-care and uplifting her followers. Social media Danielle may not be who her followers think she is. Her need to video interactions for her blog creates awkwardness among the group. For example, in one scene she practically tells her friend what to say to the camera during what should have been a natural conversation. Not everyone is who they say they are, and you’ll definitely see that when watching this episode, even during the twist in the very end.

The beginning of New Year, New You was a little slow. The episode tried to build tension and suspense by hinting that there was something strange about one of the friends, Alexis, but it didn’t work as well as it could have. While her character was intriguing, it took some time for the horror aspect of the film to build. Despite this, the rest of the film made up for it. Yes, some (or one) of the characters made a few not-so-smart decisions. That’s usually the case when someone with extremely low self-esteem is manipulated. Those decisions also make for a good time for the viewer. Overall, this is the type of horror/thriller that leaves you shaking your head in confusion and wondering how a friend could do that to a friend. Once the action occurred in this episode, it didn’t stop.

Each actress brought something much needed to the film. Melissa Bergland (Winners & Losers) brought the humor in a very natural way. Kirby Howell-Baptiste (Killing Eve, Barry) played Kayla, the quiet one of the group, who just so happens to also be lesbian. Suki Waterhouse (The Bad Batch, Assassination Nation) played Alexis, who has a dark past and doesn’t seem too fond of Danielle. Chaikin did a great job of emitting the weird, inauthentic vibes that her character Danielle exhibited. The chemistry among the friend crew, however, left something to be desired. The dynamic was off — perhaps a directorial choice.

Another apparent directorial choice was the use of mirrors. The episode set featured lots of mirrors. The mirrors added to the eeriness of the episode, especially when particular characters stared deeply into them. It was a nice touch. The effects in the film were a little out of place, and I was disappointed since there wasn’t a moment where the visions or flashbacks that the character was seeing was revealed. 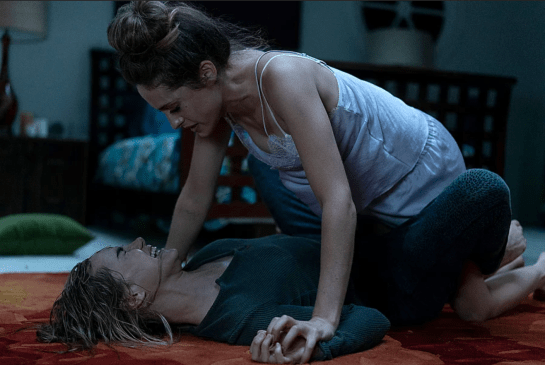 Into the Dark: New Year, New You might not catch your attention right away, but once you give it a chance the cat and mouse chase will have you hooked. Once the plot gets started and things come to light, you’ll catch yourself thinking “wow, this girl is crazy.” Sometimes a little crazy is enough to pass the time. New Year, New You is available to stream exclusively on Hulu starting December 28.