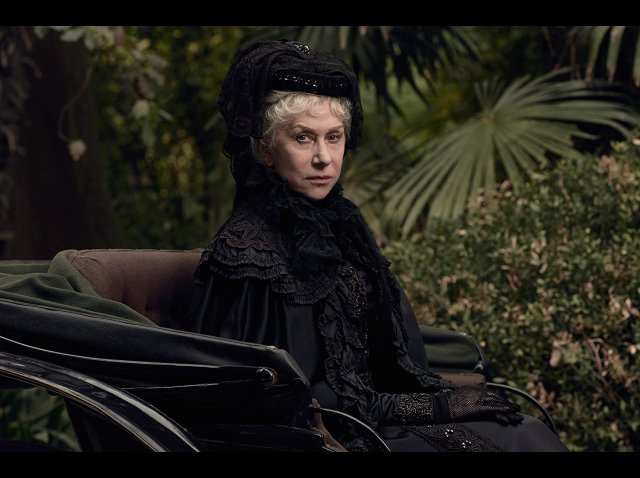 The “haunted house” genre has a lengthy history in American film, but the history of the Winchester rifle is much longer and more violent. This fact alone should make Winchester, the story of the rambling 160-room manse built by the grieving widow of the rifle industry mogul, one that delivers on the fright. However, it seems that an effort to water down the politics involved in mixing the firearms industry’s history, guilt, and gun deaths in one creative work has ultimately diluted both the scares and the plot, leaving a film that’s only slightly more frightening than a droning documentary of the house’s history.

Winchester opens with a little glimpse into the house. Inside, a boy named Henry (played by young Finn Scicluna-O’Prey) and his mother (Sarah Snook) provide the first scare of the movie and a promise of more to come. This slow build and patterned setup for the big moment is a little worrisome. However, the next scenes push away that doubt, as we see a mysterious man (played by Jason Clarke) with a sex worker, both lost in the highs of laudanum and sex. What does he have to do with the story? A Winchester Repeating Arms employee was sent by the company board of directors to bring this mess of a man to the Winchester house. The mess is Dr. Eric Price, a psychiatrist who (surprise, surprise) is in debt and funding a raging addiction. He needs the money, and the board wants an official statement by a real doctor to take away Sarah Winchester’s control of the company. They make a deal and the doctor makes his way to the house.

We soon find out that this cliché of character (the addict/womanizer) is our savior. And if we didn’t know, well, the script calls for Sarah Winchester, played by decorated actress Helen Mirren, to actually say so. This tactic of stating the obvious is a not-so-hidden attempt by the Spierigs to tone down the rhetoric around gun violence, in pulling in the ages-old “guns don’t kill people, people kill people” mantra. This arrives in the same scene as Mirren’s monologue about her wealthy life tainted by the blood of everyone who died at the barrel of a Winchester rifle. Left alone, this powerful theme could have helped lift the film into at least a few more sophisticated frights. Instead, the attempt to dial down the rhetoric was one of the things that keeps the film from becoming a genuinely scary movie.

There are scary scenes up to this point, but they arrive with plenty of warning and protracted formulaic setups that might elicit a startle from viewers, but certainly not a scare. Here’s an example: Dr. Price thinks he hears a noise coming from the intercom pipe in the wall. He puts an ear to the intercom pipe, trying to listen. There’s nothing. He calls down the pipe to see if someone is there. Someone moans back. He puts an ear to the pipe again to listen. Nothing. This happens one more time but, by now, we all know it’s coming, and some may even get a little impatient on the scare taking such a long time to finally happen.

Many of the fright moments in Winchester are constructed this way, making this horror movie more of a snooze than a scare. There is not much to hold anyone’s attention between scares once the pattern is discovered (and as the Spierigs lean on said pattern until it ruins the whole damn movie). That’s when the action-packed ending comes along, offering meager excitement that does not last. Ultimately, the film lags and drags; it bores, and it never really lives up to the legend of the haunted house. 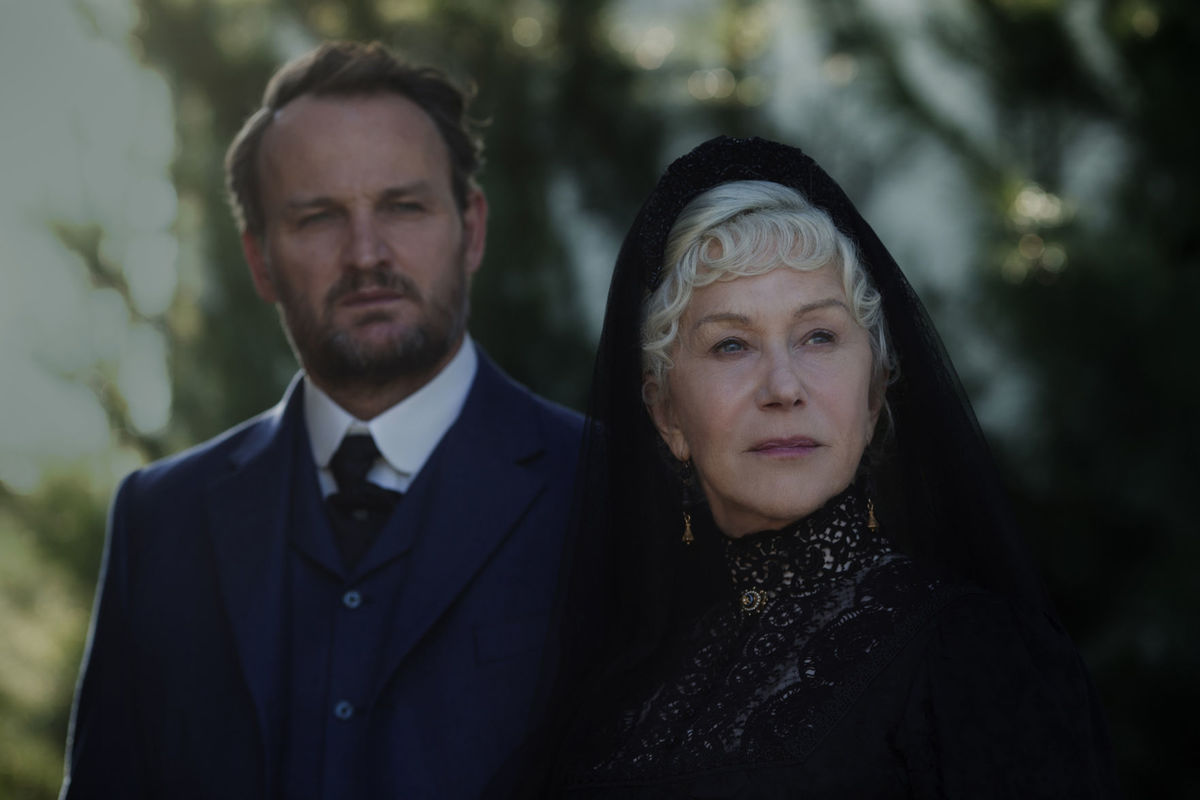 This entire project seems like a lost opportunity. The original story offers an intriguing look at how the guilt from profiting off of the deaths of others can combine with the grief of loss to drive a person mad enough to continuously build and rebuild on a home for 38 years. Instead, Winchester weakly packages clichéd characters, oversimplified scares, and a mystery that solves itself in the first 45 minutes of the film (some of you may have figured it out in 30), presenting it as horror. The film steals its name and surface elements from a true story that is rife with horror material. In doing so, Winchester misses the opportunity to contribute to an important social conversation about gun violence and, furthermore, to tell a story that scares the hell out of filmgoers like its haunted house predecessors did.