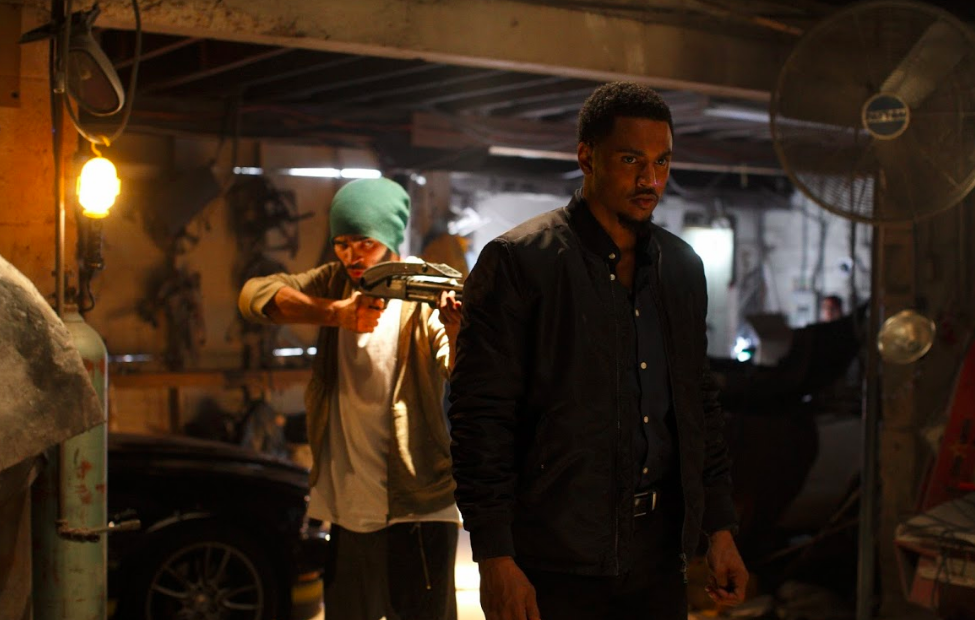 This isn’t Trey Songz’ first rodeo at acting.  We’ve seen him featured in films such as Texas Chainsaw 3D and Baggage Claim. His latest movie — Blood Brother — is his first starring role. Blood Brother is a film about an ex-con who takes murderous revenge against childhood friends whom he believes let him take the fall for a crime they committed together.

Sonny is in torment. He is picking up the pieces of a failed marriage and has alienated himself from just about everyone.

In preparation for this interview, I watched the film and agree that Trey Songz’ acting chops are impressive. U.S. Marshals writer John Pogue directed the film, someone who knows a thing or two about law enforcement action flicks. Blood Brother also stars HBO’s The Wire alumni Hassan Johnson and J.D. Williams, and they’ve got a bit of experience in crime thrillers too. The movie brings along the familiar, along with adding something a little new to the table.

In Blood Brother, Trey Songz is the lead protagonist and carries the weight of the story. Now that we know what Trey Songz can do in gritty cop thrillers, let’s see what he can do in dramatic roles that challenge his range — I think he can do it.

In an interview with the R&B heartthrob, we had a chance to find out more about his character Sonny, how he was prevented from performing an action stunt, why he released that Jill Scott-inspired mixtape, and his interest in playing Superman’s Calvin Ellis! 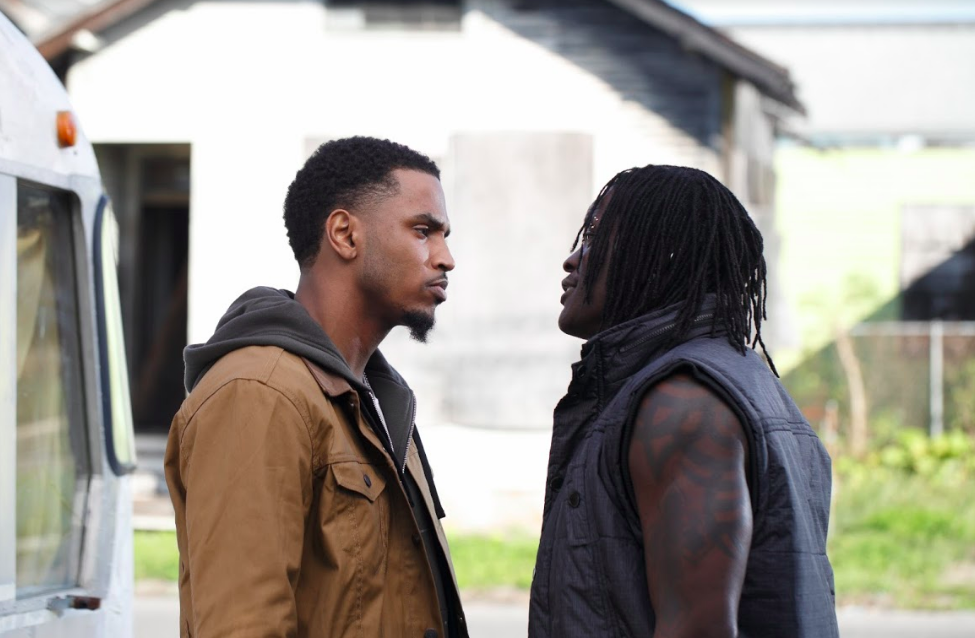 You play the protagonist Sonny in this new film Blood Brother, he’s a man that’s fighting with some demons of his own. Can you share with our readers a little bit more about this character?

My character, Sonny, he’s a cop who has had his share of run-ins with the law, on the other side, when he was a young man. I think the harsh realities of life kind of hit him when his friend was locked up for 15 years. And when he comes out, he’s got some demons to face as you mentioned. I think we all have situations with friends and acquaintances that want us to be this person that we no longer want to be. I think that’s a lot of what Sonny’s dealing with. He has his family and he wants to do good, so he’s trying to decide and this guy Jake is trying to bring the worst out of him. 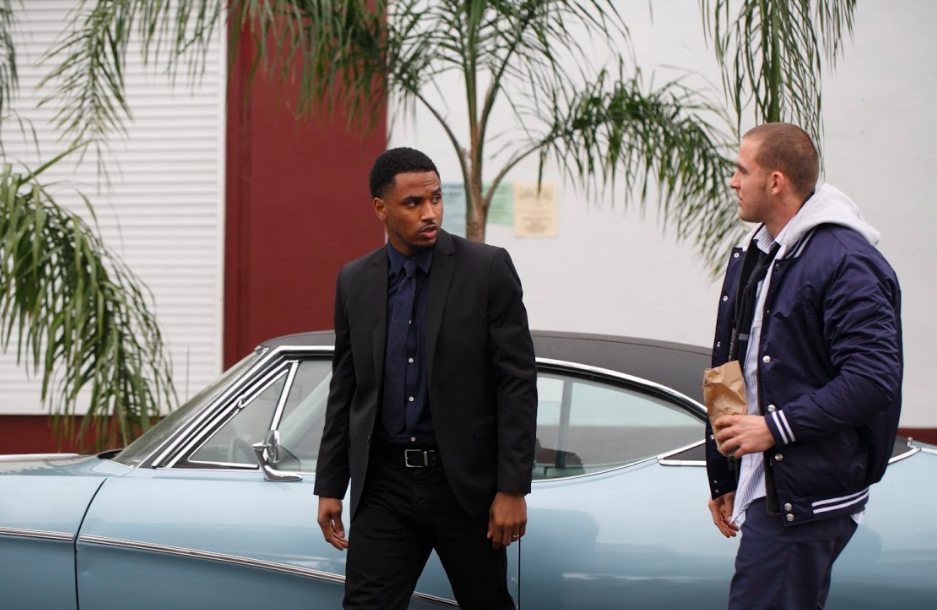 This role looked very physically demanding. He’s running, jumping over obstacles, and it looks really intense. Did you do any of your own stunts and what kind of physical training did you have to do for this part?

I actually did most of my own stunts. One stunt they didn’t let me do that stood out to me and I asked them a million times if I could do it and they said it wouldn’t be safe. There’s a scene where Sonny and Jake, they crash out of this second story… and I was like, “I want to try it!”, and they’re like, “No, hell no!”; but physically it was pretty demanding.

The first day I got there we were filming. I was like, “Uuugh.”, brawling with R-Truth from WWE and I didn’t have much time to actually work out. I try to stay in as good shape as I can, so I gotta get ready and stay ready. Push-ups and sit-ups on set…pull-ups anywhere I could do them. The weather where we shot in New Orleans was topsy-turvy. You wake up and it would be freezing cold and throughout the day it would be blistering hot and at the end of the night, and then it would be cold again. It was intense.

I know that this film isn’t your first rodeo at acting, we’ve seen you in Texas Chainsaw 3-D and Baggage Claim; but have you learned something new during this period of working on films that have helped your craft as an actor? Do you take something new with each role that you take? And what is that?

Most definitely. What I learned, is that in Texas Chainsaw 3D, I don’t bear all the weight of the film. I have Leatherface, I have the [ensemble cast] to go to work on the days that I don’t.  You learn what it means to carry yourself. You learn the importance of staying in character. I believe with a film like Chainsaw Massacre it was easy for me to go about my life and come to set and do what I gotta do and leave. With this film, I had to stay locked into Sonny.

There were scenes that were, as you said, physically challenging and, as an actor, that I had to pull emotionally from places that I never had to pull from in the films that I’ve done. 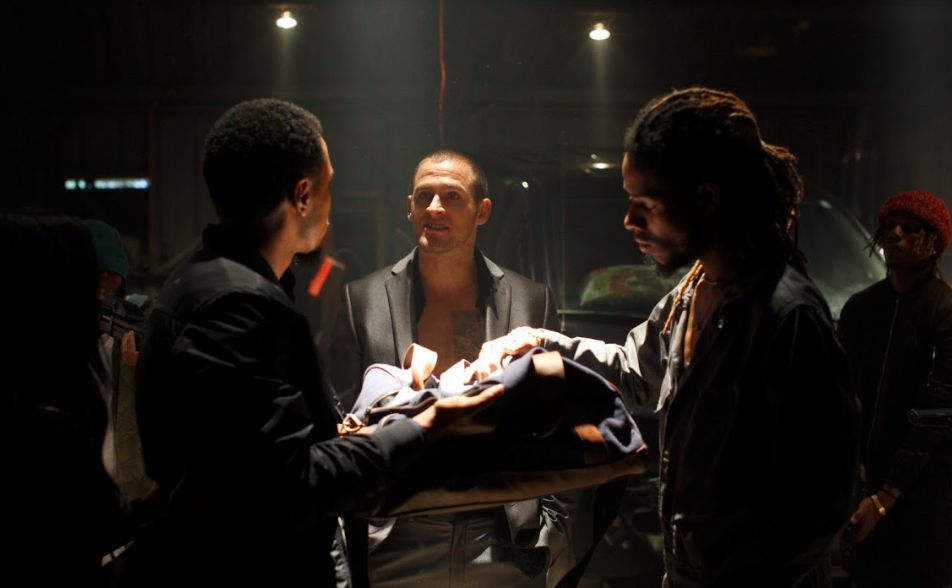 You’ve got a great ensemble cast here and obviously seeing actors like Fetty Wap coming in here and China Anne McClain who we love from Black Lightning. What was it like to work with them on set?

It was amazing to work with those guys. China is a doll. She’s an angel, hard-working, vigorous, talented, very serious about what it is she does. Jack Kesy, who I grew to be close friends with on the set, is a very determined, very skillful actor and very passionate about what he does. I tell you what, this was [Fetty Wap’s] first film, so it was a blessing to be there for him. So it was good to have somebody that’s coming from the world of music and seeing that progression for him and all that.

You recently released a song this past weekend that was inspired by R&B songstress Jill Scott. What brought that on?

What’s the interesting thing about that…I’ve been working from her album and then when she went viral, for, you know, doing tricks with the microphone, she made this odd persona and I changed a couple of words of what she was doing, but the bass of the song was already created, the name “Sumn Real”.

What kind of acting role would you like to pursue next?

I’ve actually done a bunch of interviews today, but I actually left this part out. I spoke a lot to John [Pogue] about wanting to be in a movie where I can detach Trey Songz from the role. If you were to look at it and you didn’t know I was an R&B singer, you could look at that and say I was an actor. Do you feel what I’m saying?

I’ve been offered roles where I come in, I might sing, or roles where you don’t have to really act. I wanted the challenge of having to act. I think something that would be easy and expected for me, which is something I would love to do. I had a ball making this movie and movies like these would be great, but I don’t think there’s a limit to what I would like to do as far as acting is concerned. You get to step outside yourself and you could be someone else, and I think if you really take that seriously and have fun, it lends itself to be a great experience.

Would you like to play the role of the superhero?

I’d love to be a superhero. When people ask me when I go on these work out binges and I work out, they’re like, “What are you getting ready for?” I say, “I just wanted to look like a superhero, in case they call me to be somebody.”

Do you have anybody in mind that you would want to play?

I would aspire to be the Black Superman [Calvin Ellis]. I think that’s something that a kid dreams of, but having Black Panther become a reality, as a young Black man in America, it’s much like when Barack became President. It’s like, “Wow, I could do that.” And I think it’s roles like that are important to the children. Children that look and see that likeness portrayed in greatness. So, I’d take any role having to do something with Black Panther.

Can you share with us anything new about the new album you’re working on?

On the 28th, I’ll be releasing the project I’ve titled “11/28”. It has two mixtapes, ten songs…one which features a lot of great guys that I enjoyed working with about having a good time, grab a drink. And there’s the other side that’s soul streaked and sensual, that’s full of ballads…you know, that’s the soul side. I’m excited about releasing that, because nowadays there’s no limit on what you can do…musically. You put out, like the Jill song, just put that out. I used to do that so freely and now you can do that and post them on all the DSP’s. Get on iTunes, get on Spotify. Back in the day, it was just frowned upon releasing so much music, but they’ve figured out a way to stream the work and take music to a fast food pace. I think this will be something they’ll be excited about.

Trey Songz mixtapes “11 & 28” is available today and his film Blood Brother will open in select theaters and On Demand this Friday, November 30th.