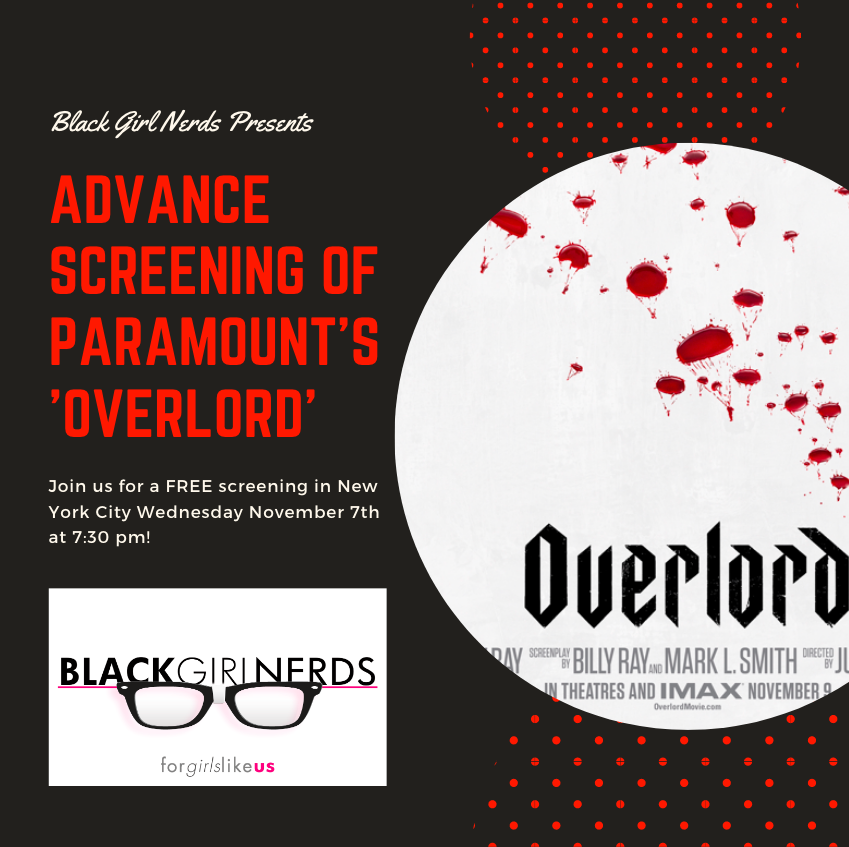 Paramount’s latest film Overlord produced by J.J. Abrams (Star Wars: The Last Jedi, Fringe) will be released in theaters nationwide this Thursday! We’re excited to bring to you this story about a team of American paratroopers who drop into Nazi-occupied France to carry out a mission that’s crucial to the invasion’s success. Tasked with destroying a radio transmitter atop a fortified church, the desperate soldiers join forces with a young French villager to penetrate the walls and take down the tower. But, in a mysterious Nazi lab beneath the church, the outnumbered G.I.s come face-to-face with enemies unlike any the world has ever seen.

Because we know you’re huge fans of geeky fantasy films, we’re excited to invite our readers to a free screening on Wednesday, November 7th in New York City to view the film. BGN’s managing editor Jonita Davis will host the screening and will moderate a panel afterward to discuss the film along with a Q&A.

The panelists include Xilla Valentine from Globalgrind.com, Wilson Morales of Blackfilm.com, and BET correspondent Jamila Mustafa.

Enjoy an evening of popcorn, refreshments and some cool swag from the movie, along with an advanced screening of Overlord.

The BGN-hosted screening of Overlord will take place at the Regal theater in Battery Park.

Please fill out your RSVP to the screening here.

Here’s the trailer to help whet your appetite!