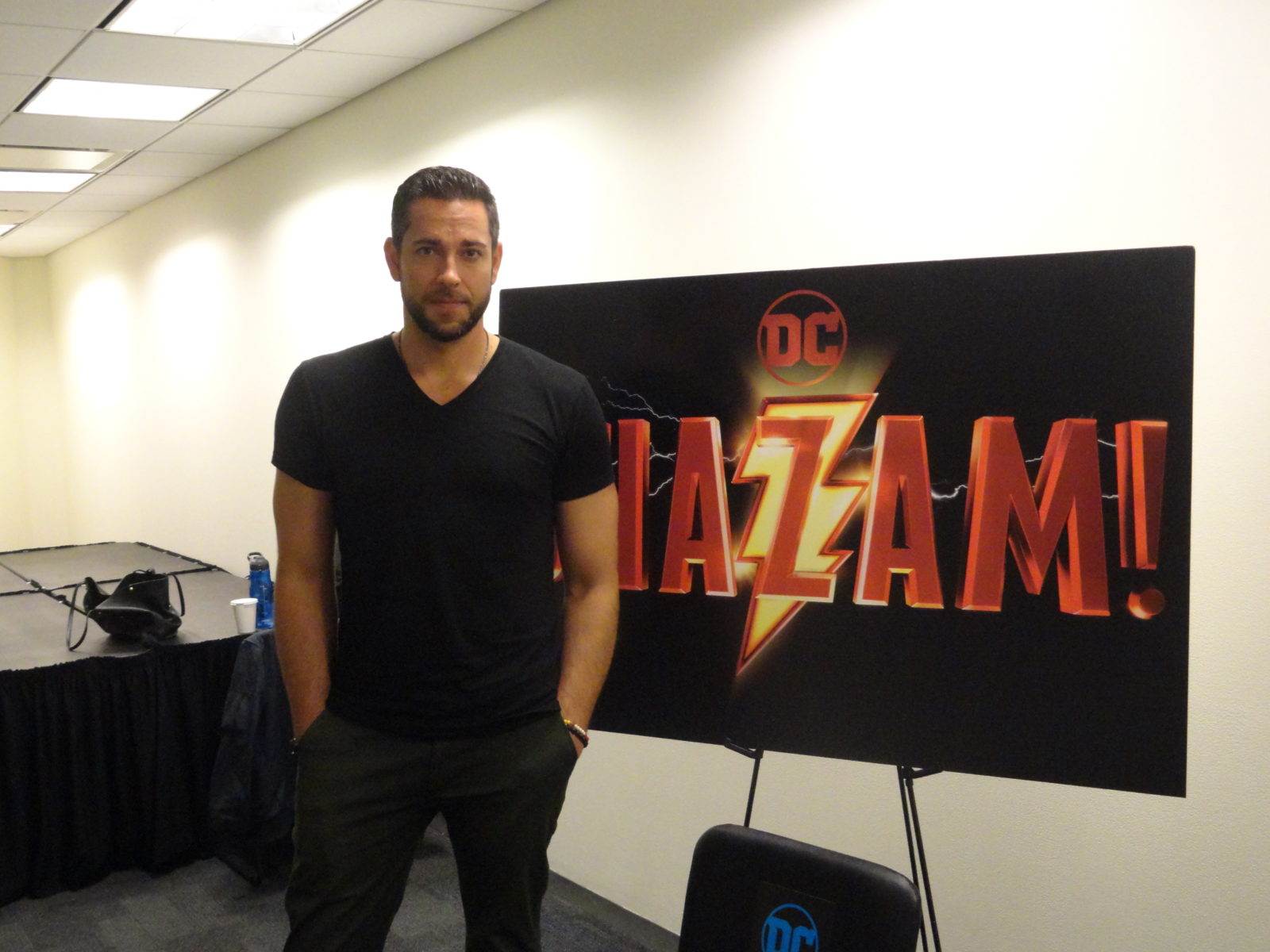 NYCC is the perfect place to meet up with the stars of upcoming comic films. So, when BGN met up with Zachary Levi, star of the upcoming DC Comics film Shazam, we had to ask him about the film and so much more. As always, Levi was more than eager to dish about the movie, his character the superhero once called Captain Marvel, and about an infamous accident involving a Nintendo Wii.

What was your first experience with Shazam?

My first experience with the character of Shazam was researching … Well, it’s tough to tell because I knew of the character prior to auditioning for the role, but I only knew a teeny little bit. Maybe I’d seen some images here and there, but really experiencing Shazam was when I started researching the role when I was auditioning for the role. Then, after getting the job, then doing even more research, and then obviously learning more about him and then getting to be him.

The previews give a sort of a Big meets Superman sort of vibe. 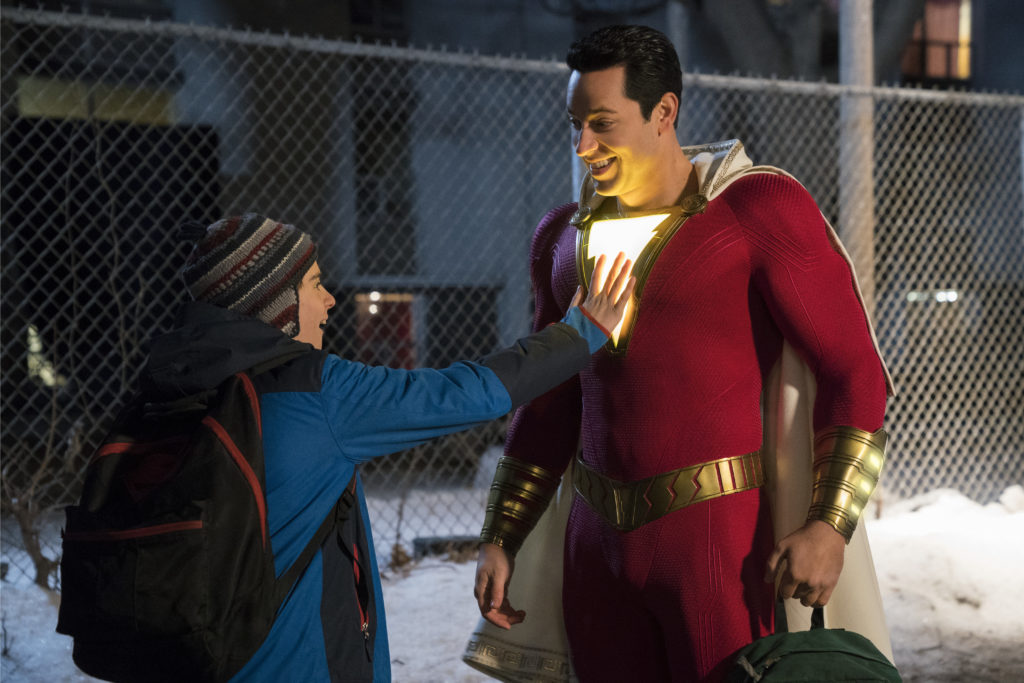 How would you describe the movie?

Oh no, I mean – oh, by the way, I feel like I was the one who coined that phrase. I’m not going to take credit for it, but I believe I should take credit for it. No, it is – that’s what I always say. It’s Big meets Superman really. Or Big with superpowers or Big meets Superman. It’s basically that. It’s the wish fulfillment, it’s a kid in a man’s body. That man just happens to be a magical building that can fly and shoot electricity from his fingertips.

How or did your live-action predecessors’ depictions inform your performance?

Well, I mean, really the only other film that I could kind of draw from was Big, was Tom Hanks in Big. And I’ve seen that movie so many times. It’s one of my favorites. I think, on some level, it helps because you see how Tom was really trying. It’s not a matter of dumbing oneself down, there’s an innocence involved. You know? Because kids are really intelligent. They haven’t lived as much life. They’re not as jaded.

Unfortunately, in Shazam, Billy is kind of jaded. He’s a fourteen-year-old who’s lived on the streets. He’s been a foster kid, in and out of foster homes his whole life, so he doesn’t have the same innocence as the kid in Big, that Tom Hanks was taking on. So, there wasn’t really a lot to draw from. I just tried to do the best I could with the material that I had.

Alright. A quiz. Can you tell us the names of the legendary figures that formed the acronym Shazam?

Well, that would be Solomon, Hercules, Atlas, Zeus, Achilles, and Mercury.

Ah, excellent. Okay, so given that Shazam’s abilities come from the Greek gods, is there a possibility of Shazam visiting other DC Universe heroes in any of the upcoming movies?

I mean, I would hope so. I hope I get to be in all of them. Even if it’s just a flyby. A literal flyby. Like, “Hey everybody!” I think it would be so much fun. I’m getting – just getting to be this character and have – to be the titular character of a superhero franchise – is amazing. But, that it is also connected. In theory, all these other parts of that universe is super cool. And I am game for them to make me go do all of that stuff.

So, what was it like to see yourself, first in the costume?

But, you’re in spandex!

Yeah, exactly. But no, it was just – it was really just, wish fulfillment. Just like the movie is. The same way that this wish fulfillment exists for this 14-year-old. I felt like all of my dreams were kind of coming true.

So, you’ve hit the nerd button way before Shazam, what did you think the first- oh I already said that.

So, I understand you had an incident with your Nintendo Wii.

In light of that, have you switched or is the Nintendo 2DS more your speed now?

Yeah, so when the Wii first came out and the motion controllers, me and my friends were having a field day, literally I unboxed it that night, I set it all up, I moved all of my furniture out. Like, there was nothing but space in my living room. ‘Cause it says- that safety screen comes up and says, “Make sure you got plenty of room around you.” I was like Check, got it.

What it doesn’t tell you is, make sure there’s nothing directly above you. Which, by the way, should be common knowledge or-

Yeah, exactly. There was a light fixture in my living room and by the way, it was high enough where I would never bump into it. I had never swung my arm fully extended in my living room and we were playing tennis, and we were only playing for a couple hours. We had done bowling, baseball, it was all great. I was now playing tennis against my buddy. I was destroying him. I had this great overhead smash that I was about to do- and I swung through the light fixture and glass went everywhere and it gave me 13 stitches in my right hand, which was very embarrassing to have to explain to the doctor in the E.R. at two in the morning.

He was like, “What did you do?” And I wanted to say, “You should see the other guy.” But instead I had to say, I was playing video games and he looked at me in the eye. He looked me in the eye. I can see in his mind him trying to process what he should say or if there was anything to say. After about five seconds of complete silence, of him just not, just remaining eye contact. And then, he didn’t say anything. He just kind of moved away. I’ve earned that. I’ve earned that embarrassment. 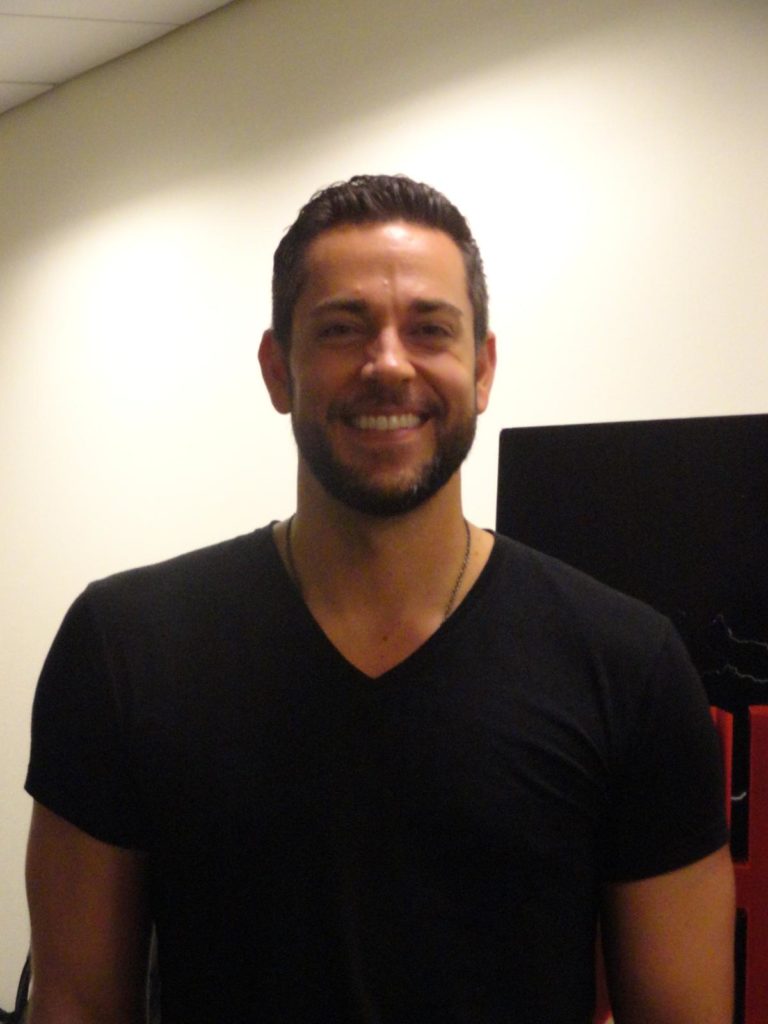 Okay. So, what is your favorite part of the movie, can you tell us? That’s not a spoiler?

No, my favorite part of the movie was probably learning my powers. Because it’s an origin story, and in the trailer you see, there’s some power learning that goes on in that. The whole sequence between myself and Freddy Freeman who really is kind of my OB1. He’s my Yoda of sorts because he knows all about the superhero world. And so, that whole process of all of that, I just think is delightful.

It had kind of a Greatest American Hero feel for me.

Dr. Sevana is kind of the main baddy in the movie played by Mark Strong who is awesome. And yeah, there’s some, really cool action sequences that build throughout the movie and we have some pretty cool fighting that we do.

Well, we really appreciate it and look forward to seeing the movie which comes out-