A paranoid father (Emile Hirsch) keeps his precocious daughter Chloe (Lexi Kolker) locked up in their house, claiming that she is in danger from bad people who want to kill her. But Freaks is not about a man’s descent into madness at the expense of his young girl. Instead, the story diverts into a world populated by superhumans with powers who have been rounded up and kept in isolation so as to protect the general population. Those who escaped the internment live in hiding, hoping that the tell-tale eyebleed after using their abilities isn’t seen by a norm. Yes, it’s really just as familiar as it sounds even though it tries not to be. 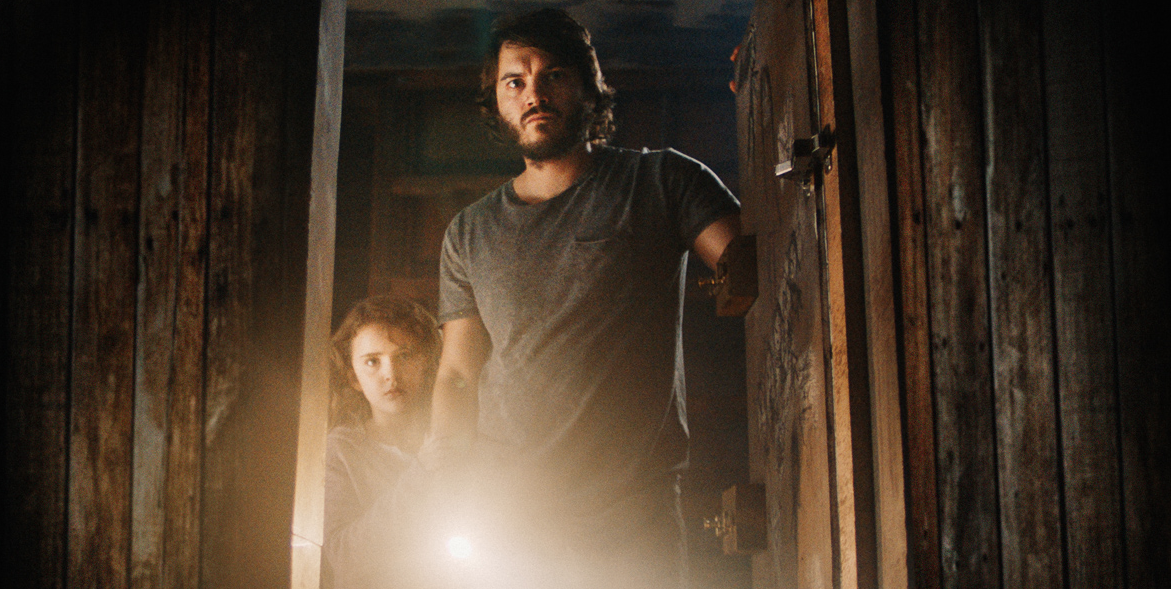 When A Quiet Place came out some writers compared it to the undocumented immigrant experience, living in fear you will be overheard by (ICE) monsters who will come and separate you from your children. The only problem was, A Quiet Place features a white family. And once again while the plight of Chloe and her family in Freaks metaphorically points to that of the undocumented and migrant experience of Trump’s America—down to Chloe drawing her mother’s face on a pillow she can hug at night—once again the social issues actively threatening the lives of Brown people have been whitewashed. And it’s way problematic.

Unfortunately, whitewashing people of colors’ issues isn’t the only thing that I found uncomfortable about this film, and my discomfort wasn’t the good horror/sci-fi kind. Chloe is openly emotionally and physically abused by her father, threatened and deprived of things children her age need, and even imprisoned in a creepy closet as she screams and screams to be let out. “It’s for your own good,” her dad says, the abuser’s mantra. As a result, Chloe’s powers take a turn for the horrific. The acts she commits, some of them wholly unnecessary and particularly gruesome when stemming from such a small girl, can be read as the ripple-outward results of long-term abuse. But, this film doesn’t unpack any of those meaty psychosocial issues. Instead, Chloe becomes the monster humans think her kind is and by the end of the movie she really seems to delight in murder.

I really don’t care for narratives that involve the abuse of children, and in particular when the abuse leads children to become abusers themselves. There is enough awful in the world already. The fact that this film doesn’t address this issue in any meaningful way is not just a waste of a perfectly good movie title, but a waste of Lexi Kolker’s prodigal acting chops. I also have to wonder, what are the ethics of featuring actual-age children in roles like this? We already know from other child actors like Drew Barrymore, Kirsten Dunst, and the many, many who killed themselves as teens and adults that these kinds of roles take a psychological toll. Often the toll is long-term. I can’t watch a movie where a child is being hurt and then goes on to hurt without thinking of the real person playing the character.

Beyond this ethical issue, in spite of its strong cast Freaks was salted and peppered with overwrought performances from everyone but Lexi Kolker (although she certainly had a few moments, too). In particular, Bruce Dern as Mr. Snowcone came with an old-school performance style that did not fit with a new-school sci-fi story. Between Dern and Emile Hirsch, whose chemistry was as missing as the mom in the story, the loose links in the script were tough on the ears as they grunted and growled through their lines. One of the worst moments of writing and acting occurred when Mr. Snowcone says to Chloe: “Your dad is turning you into a pussy.” Misogynistic, much? This was a completely unnecessary line that added nothing to the plot and only served to alienate me further from the movie. It’s almost as if the writer/directors wanted us to think for the first half of the film that there would be some kind of pedophile abuse narrative underpinning a story about superhumans in hiding. It gave an already-uneven plotless of a deck to stand up on straight. 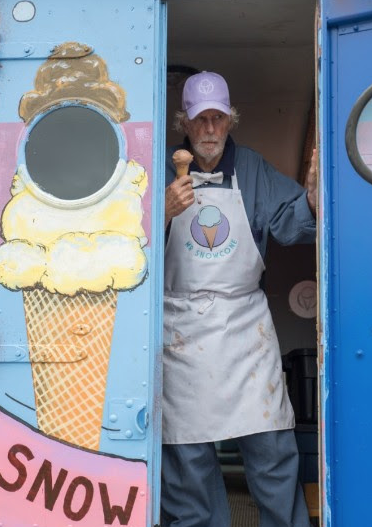 The contrived superhero musical score suggested they envisioned a kind of indie Marvel film, but combined with the various problems I’ve detailed, all the elements of Freaks worked against each other. The movie fell absolutely flat.

And like A Quiet Place, just as Freaks got actually interesting with a powerful woman showing up to protect her child, it ended. This is not the way to get people hooked into a sequel, by saving the best part of your thinly-poached story for the last thirty seconds. There are just too many obvious shades of X-Men here.

The themes of outsiders and the differently abled are indeed important, and particularly in America’s current political regime where Black and Brown people are being actively targeted for violence, imprisonment, and other abuse by government agents. Using white faces to present this metaphor is no longer useful or relevant. White people are not in hiding. People of color are. Cisgender, heterosexual, white people will never, I repeat never be coded as freaks. It’s facetious to suggest otherwise, even under the guise of these “abnormal” abilities.

I feel actual residual anger that one of the few people of color in this film with speaking roles, Grace Park as Agent Ray, was coded as a villain from the perspective of the superhumans. Worse, that the only Black actress with a speaking role was a neighborhood bully who verbally assaulted Chloe. These are truly disappointing, but sadly predictable, choices. I’m really tired of women of colors’ bodies being used in this way as foils to “innocent” white folk.

My anger begins to taper off into sadness as I really wanted to like this film. Superhumans are my thing. I devour these stories like the world will end tomorrow. But I can’t endorse this one.

If we race-flip the current casting of Freaks to a Black or Latinx family, I would be writing an entirely different review. I’d also probably be bawling my eyes out right now. Those are the kinds of stories that refresh the visual media landscape. Those are the narratives I’m creatively starving to see on screen. Where there is actual truth behind the fiction, more than just the surface qualities. But Freaks as it is brings only more stagnation.

White men in Hollywood, PLEASE DO BETTER. You have all the resources you need and so much access. USE THEM. And if you won’t, hand the reins over here. I know many women of color who’ll get her done.