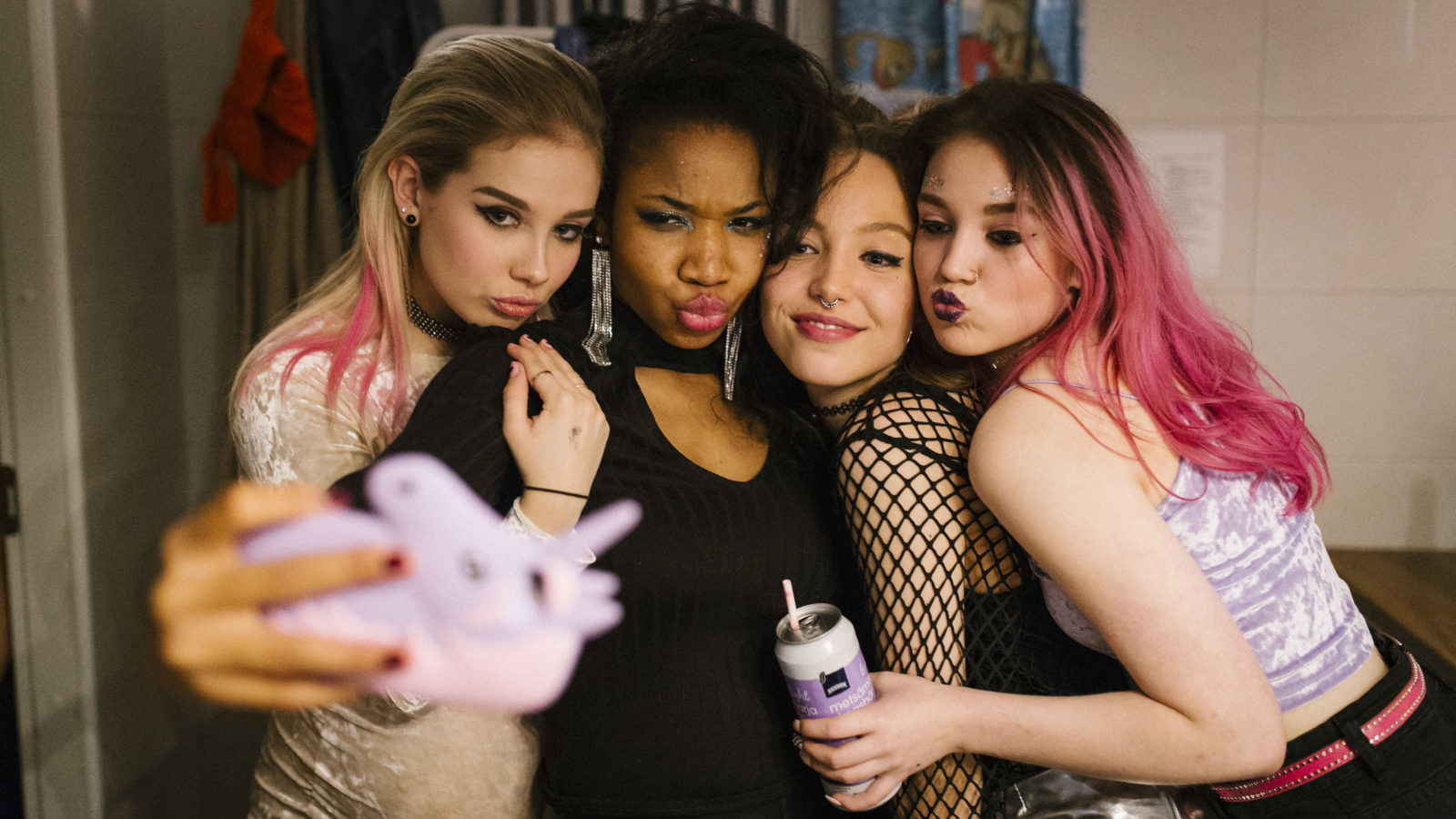 Set in a Finnish suburb with a shifting demographic from all white to a growing immigrant presence—namely Somali migrants and refugees—Selma Vilhunen’s Stupid Young Heart sets the stage with pint-sized Lenni (Jere Ristseppä) and his long-time crush Kiira (Rosa Honkonen) accidentally getting pregnant. Since Kiira already had an abortion the year before, Kiira decides to keep the child.

In the beginning, Lenni is sweet and supportive, chuffed to have a girlfriend at all, let alone one who is so beautiful, popular, and also carrying his child. But as the stress of being just 15 with such a huge life change around the corner, Lenni gets caught up with one of the only adult males around the neighborhood: A white supremacist named Janne (Ville Hapaasalo) who is the only one giving Lenni “advice” about impending fatherhood. “Soon only the foreigners will be having kids here,” Janne says, encouraging Lenni to embrace fatherhood and have a white Finnish baby even if he isn’t ready.

With a supporting cast of characters made up of many single moms, and Kiira’s 33-year-old mother with four children from toddler to teen, white father figures are in high demand and are glaringly absent in the town. However, there is no shortage of responsible Somali immigrant men who have revitalized the almost-abandoned local shopping center with their small businesses, restaurants, a mosque, and a Muslim community center.

One of Lenni’s neighbors Abdi (Abshir Sheik Nur) has worked hard and saved to invest in his own taxi, a purchase that will take him the rest of his life to pay off but still has whites in the neighborhood green with envy. “How in the hell does everyone else have everything?” Lenni’s mom said, her voice dripping with hatred as “everyone else” is a euphemism for the Black migrants new to their town. The irony is Abdi often fulfills a support role for Lenni and his mother, for example helping them move heavy things and giving them rides. And yet their resentment of him and his family is palpable. 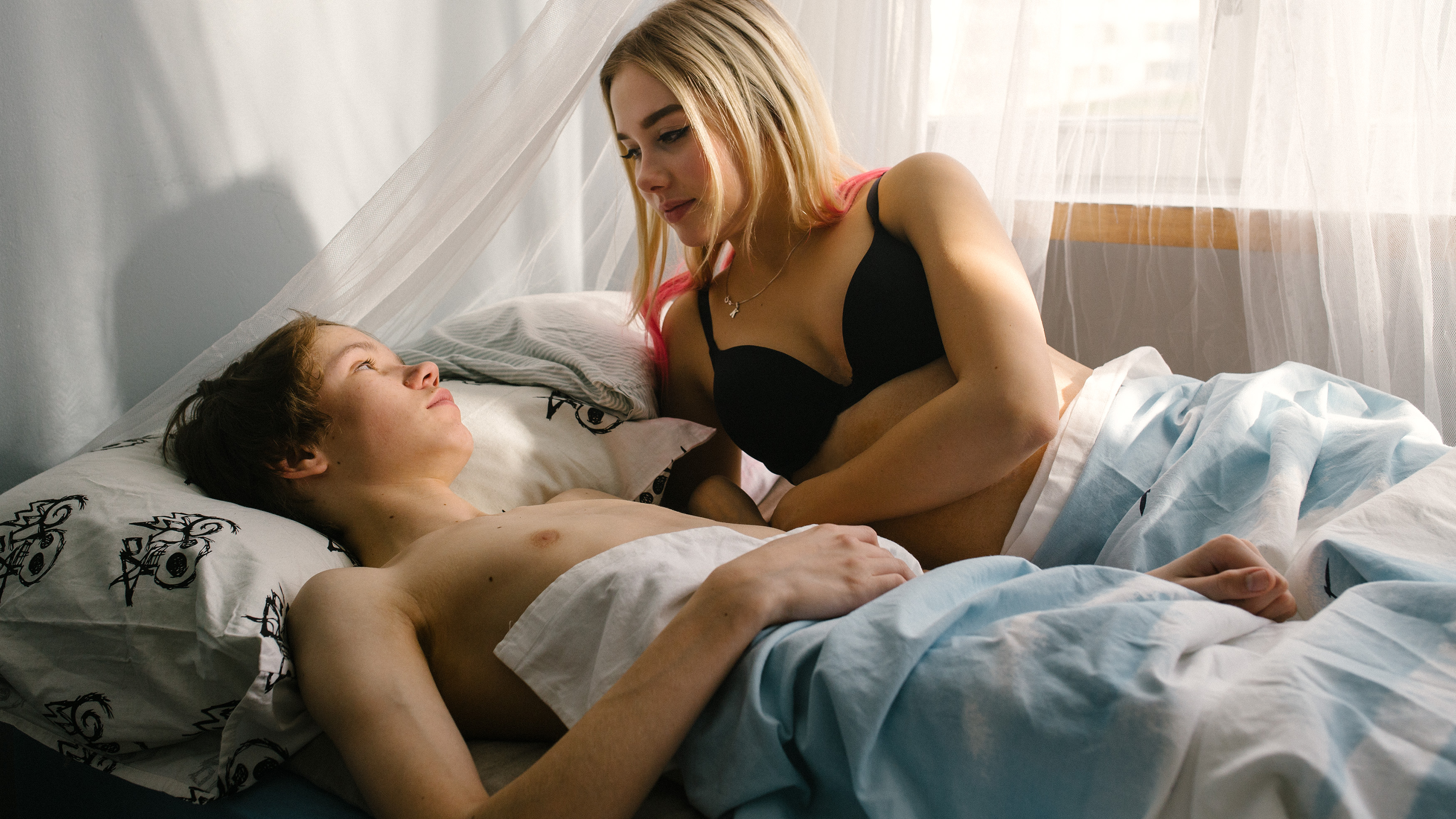 It’s not long before Lenni internalizes the racist rhetoric he hears from Janne, his mother, and his increasingly radicalized circle of white friends. Kiira’s friends notice his growing Nazi sentiments and mention how disturbing it is, but a heavily pregnant Kiira laughs it off and says Lenni is different with her when they are alone. He might be different when they are alone, but when Lenni is with Janne and his crew he actively supports Janne’s efforts to send a violent message to these immigrant “intruders” and end the “Muslim invasion”. Is it because Lenni is scrawny and short he feels the need to talk big? Or would his entanglement with a group of neo-Nazis have happened regardless, simply based on white resistance to diversity and change? Both?

As Kiira’s pregnancy progresses, so does Lenni’s white nationalism and growing toxic masculinity. “Save Finland! Close the borders!” Lenni chants at a Nazi rally along with Janne. The hate crimes committed against the Somali community directly mirror real-life attacks on mosques and immigrants in Finland and throughout Europe. 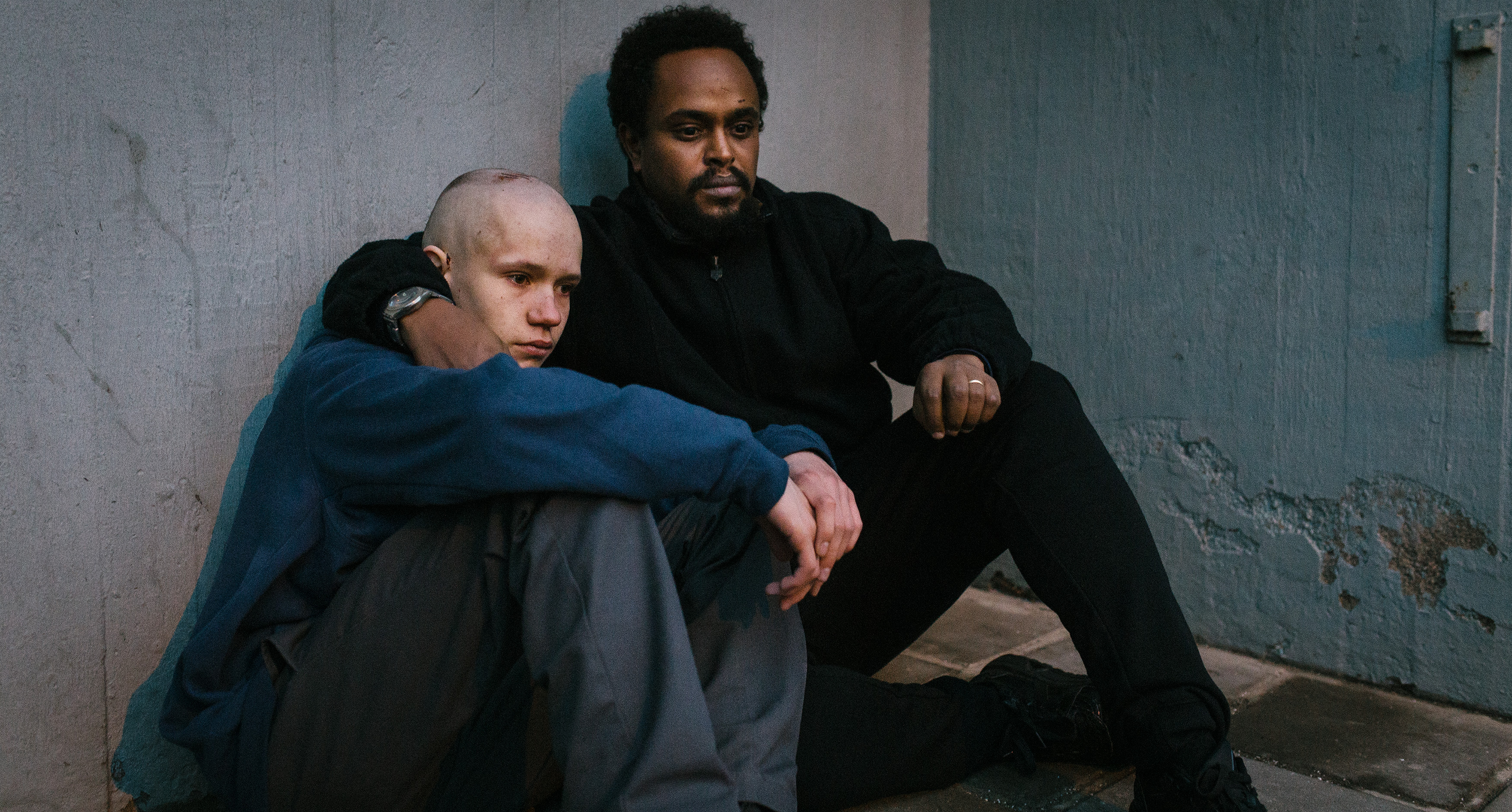 One of the more remarkable aspects of Stupid Young Heart—other than its point by point guide to watching a young white man become a white supremacist terrorist—is how normally everyone treats Kiira’s pregnancy. The doctor at the local clinic remembers Kiira from her abortion the year before, and gently reminds her that “abortions are not birth control.” Both times Kiira was able to go without parental consent or presence. Finland doesn’t require that. Kiira’s mother hugs her when she finds out, and offers to help her terminate the pregnancy. When Kiira decides to keep the child, her mother supports her in that too.

Kiira’s friends often ask questions about what pregnancy feels like and whether she’s scared, but she is in no way stigmatized for being a 15-year-old pregnant girl. “Your followers go up as your belly gets bigger,” one of her friends says enviously as they help her create a babybump Instagram story. Even at the social services office the clerk doesn’t bat an eye when two teens come in requesting assistance for a job and an apartment. This movie most definitely takes place far, far away from America, and not just in miles.

But there is a troubling aspect to this film aside from its important themes of teen pregnancy and white supremacist radicalization. While Lenni and Kiira are both 15 so their intercourse is technically consensual (and age of consent in Finland is 16), there are a number of on-camera sex scenes between the two that toe the line of ethics. Carter Elwood’s excellent essay in The Establishment, “Who Draws the Line Between Art and Child Porn?” asks the same question in reference to Wes Anderson’s Moonrise Kingdom that we need to ask with Stupid Young Heart as well. Even more disturbing is the fact that none of the actors in this film are professionals, including the two leads, which is hugely problematic in having these young people performing sometimes-graphic sex acts on camera. These children also look like children, not the 20-somethings usually hired to play teens. Until we have a better framework for the safe presentation of adolescent sexual development and experimentation on screen, these scenes shouldn’t be filmed at all let alone make it to screen. This isn’t American puritanicalness surrounding sexuality, this is grave concern about the physical and psychological safety of minors.**

This issue aside, though, Stupid Young Heart is still an important film as we attempt to negotiate this era of the “alt-right” and growing white nationalist movements in the West. The movie accurately shows the misplaced fury of white male rage against a changing world order. At one point Lenni complains that he hasn’t found employment yet “because there are no more jobs for Finnish people.” The boy is 15, has no skills, no education, nothing to offer the job market, and instead of being able to look at his life in perspective, he blames “invaders” for his own lack of qualifications. It’s chilling how quickly white entitlement overwrites reality when the going gets tough.

Jere Ristseppä’s commanding performance as Lenni reminded me so much of Edward Norton’s transformation from innocent to monster in American History X. That Ristseppä is not even a trained actor makes this all the more impressive. Rosa Honkonen as Kiira is also a stand-out performance. They are both so natural, I had to keep reminding myself that this wasn’t a documentary even though it sure felt like it.

Stupid Young Heart challenges Finland, and the rest of the white nationalist West, to look at itself in the mirror and really see what is there. Immigrants are not to blame for every white person’s problems. Immigrants work damn hard and expect nothing handed to them. Stupid Young Heart also highlights the importance of reproductive justice and rights for women, no matter how young she may be. Kiira had an active choice in her life, health and future, even at 14 and 15, and even if she might have regretted her choice down the line. Women everywhere in the world deserve the same.

**UPDATE: Black Girl Nerds has since learned that the actors were 16 and 17 years old when they filmed Stupid Young Heart, which situates them well within consent laws for Finland.