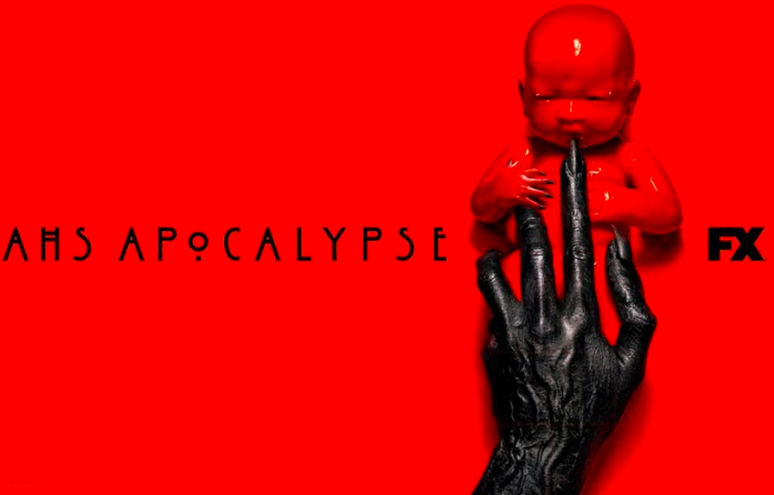 Satan’s current pop culture moment continues in the eighth season of Ryan Murphy’s anthology series American Horror Story: Apocalypse. Set in a vague present or near future, nuclear war has broken out and devastated the planet. Except for a series of secret bunkers owned by a group called The Cooperative, where the rich and chosen few will wait out nuclear winter until they can begin repopulating aboveground. One day the residents of Outpost 3 receive a strange and beautiful visitor named Michael Langdon (Cody Fern) who claims to be recruiting certain people for coveted spots in The Sanctuary, the most elite of survivor bunkers. But really he is the son of Satan — and the catalyst for the nuclear apocalypse — looking for the hidden witches who survived the catastrophe. Witches, you see, are the only ones with the power to stop the Antichrist’s reign on earth. And he needs to kill them before they can undo his end times.

Which is only a small portion of what this stellar season of American Horror Story brings to the creative table. Part apocalypse horror and part family drama, this exploration of good vs. evil functions on multiple narrative levels. And where there is a battle for good triumphing, there is also the battle between women and men in Apocalypse’s season-crossing universe.

The witches from Miss Robichaux’s Academy featured in Coven are back with a new foil, the warlocks of the Hawthorne School for Exceptional Young Men who think they have identified the first male Supreme. “Men are simply not at the same level as women when it comes to magical ability,” Cordelia Goode (Sarah Paulson) says, scoffing at the thought of a male in her Supreme position. “Testosterone is a known inhibitor of magical abilities.” So when the second-class citizen warlocks find Michael Langdon and learn of his immense talents, they assume it’s because the time for men to rule the wizarding world has come. Some of the warlocks are so hell-bent on overthrowing the witches that they ignore all growing evidence that Michael is pure evil, not the first male Supreme. They even train him how to use his powers, which is quite an indictment of men in our real world. So desperate for power, men would help the son of Satan if it ultimately meant overthrowing the existing world order.

The carnivalesque gender-flipping of power roles and structures of oppression, in this case, is fun, and also representative of a sad reality in our world. Since the witches are primarily white women and the warlocks are mostly gay men of color, the showrunners have managed to paint a fairly accurate picture of American society at the moment, where white women are a protected class even as they oppress others. There is only one Black witch in the coven, Queenie (actual queen Gabourey Sidibe), and she is the only witch of color in the show with any significant screen time.

To test Michael’s powers as the possible next Supreme, Cordelia not only tasks him with the Seven Wonders trial of magical prowess but also to bring back her girls that are trapped in various purgatories. Even with her considerable powers, Cordelia was unable to rescue them. But after Michael performing this impossible task, bringing back Coven’s beloved characters Queenie and Misty Day (Lily Rabe) and the chick we love to hate, Madison Montgomery (Emma Roberts), the witches’ suspicions — as well as two of the warlocks — only begin to grow that Michael isn’t who or what he says he is at all. 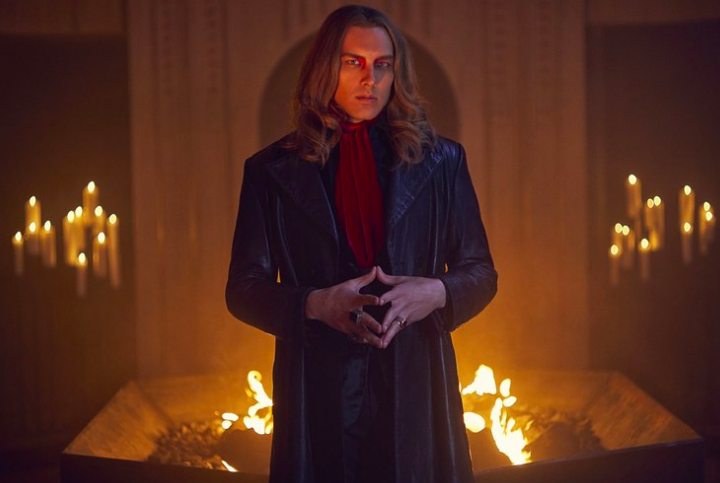 In an epic call-back to the first season of American Horror Story, the warlock Behold Chablis (Billy Porter) and witch Madison journey to the infamous Murder House where Michael Langdon was born to learn what they can about him. This was one of the single most thrilling episodes of television this year, up there with Westworld season 2’s “Kiksuya” Lakota-language episode. Jessica Lange reprises her role as southern matriarch Constance Langdon, Michael’s grandmother, in a performance that will certainly garner her new award nods. We also get to see what the characters who started the American Horror Story craze are up to after all these years, and it is equal parts heartbreaking and horrifying. Directed by Sarah Paulson, who re-dons the role of psychic Billie Dean Howard in the same episode, this 60 minutes is the linchpin upon which the second half of the Apocalypse turns toward its fantastic conclusion.

And all of these layers unfold through a wild patchwork quilt of flashbacks that make better sense after the finale when you will want to rewatch the whole thing to appreciate the work of art Murphy and Company have pulled together in Apocalypse. The multiple entendres in this cyclical narrative on second viewing are eye-opening. For some, this show will work better binge-watched. It’s easier to keep all the threads and concurrent plots straight until they all come together in the finale if you watch the episodes back to back.

As we’ve come to expect from American Horror Story, the acting in Apocalypse is spectacular, and seeing actors slipping in and out of multiple roles like changing gloves is marvelous. I would almost forget that these are the same people in different characters, they often feel like new people entirely. What a truly gifted cohort Murphy has nurtured. And I adore the fact that there are so many older women on screen — Jessica Lange, Angela Bassett, Joan Collins, Frances Conroy, Kathy Bates, Connie Britton — with a whole range of three-dimensional qualities that even includes being sexy and sexual. It’s so rare. 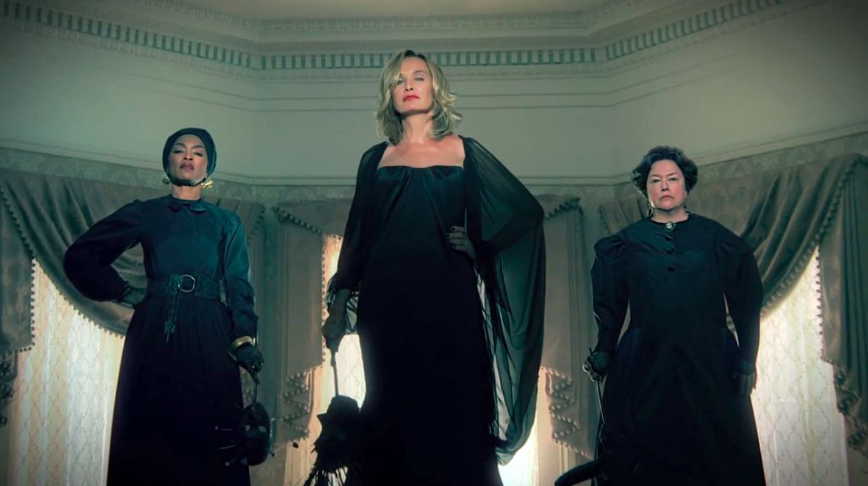 Cody Fern as Satan’s son was a magnificent performance. I’ve never felt so much empathy for a devil in my entire life, and that is all credit to Fern’s evocative and emotional performance as Michael Langdon. His eyes, his shifting physicality, his sensitivity, pain, and grief are so human it’s easy to forget that he’s an actual monster who will bring about the end of the world. Truly exceptional work.

But I have to admit I did feel disappointed that other than Ariel Augustus (Jon Jon Briones) and Baldwin Pennypacker (BD Wong), there was no other significant Asian representation on screen and no Latinx representation at all. And while I loved Stevie Nicks’s singing cameo and her beautiful tender dance with Misty Day to heal her, it was unfortunate they chose one of Nicks’s more problematic songs “Gypsy” to score the moment. The word is a racial slur when used in the context of those lyrics, and while it is a beautiful song, it is way problematic in today’s social justice climate. The only time it is acceptable to use that word is if you are speaking with a Romany individual and they prefer it, which some do as a form of reclamation. 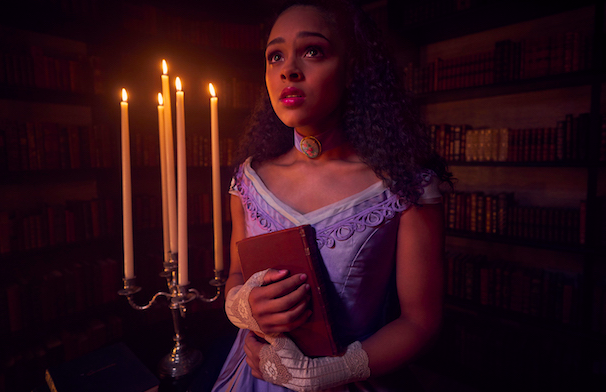 But still, even with these issues I couldn’t help but fall in love with this season. Apocalypse was an absolute gift to the long-time American Horror Story fans, being able to see where these strange characters have ended up and get some closure. With the end of Apocalypse, there is now a fixed link between previously unrelated seasons that feels like an incredible and wide-ranging spell was cast. In fact, the magic circle created by AHS: Apocalypse is so well-contained and protected it almost feels like a goodbye. And if this season is farewell to the American Horror Story universe — there is no news yet on whether AHS will return next year — it was an almost perfect one.