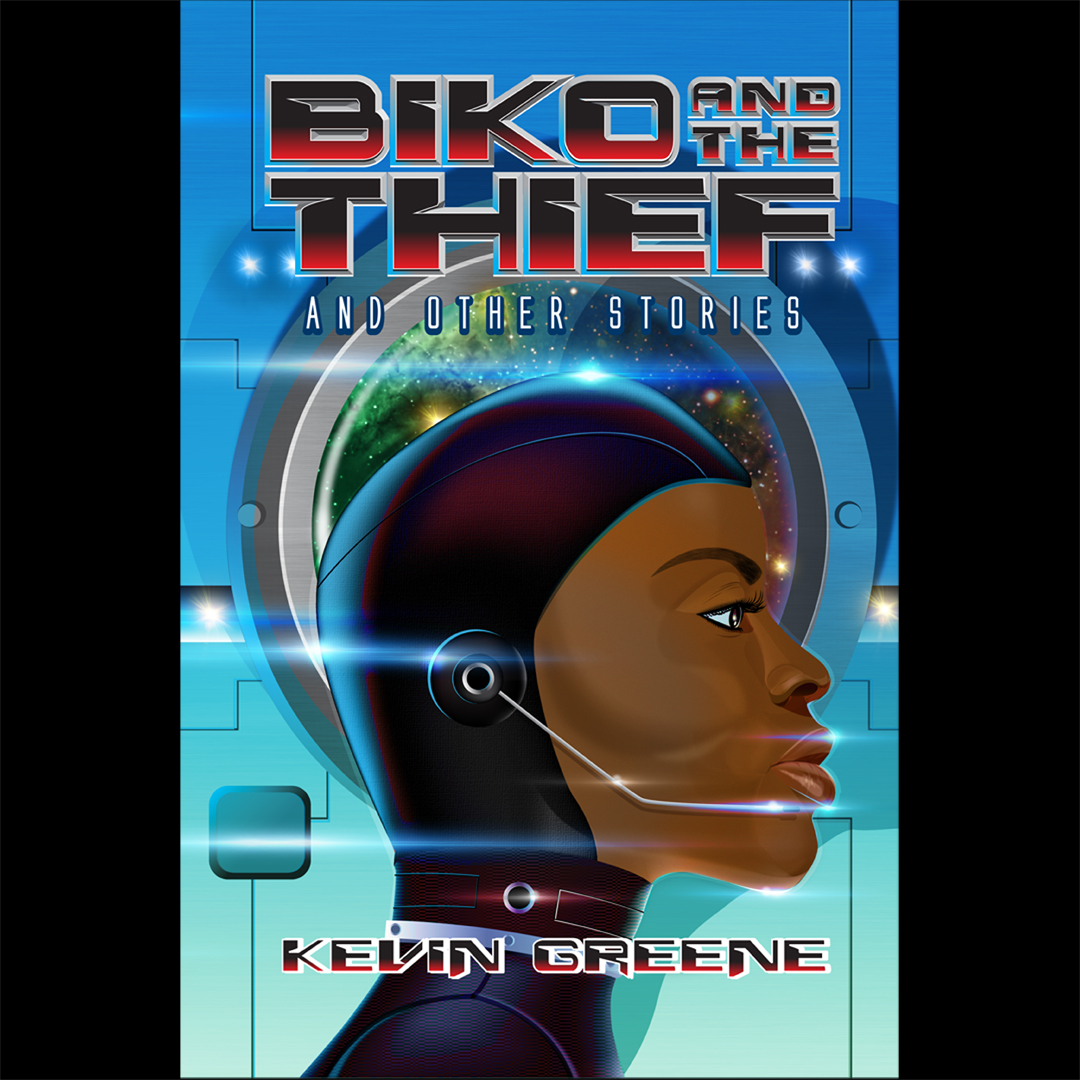 Biko and the Thief is the space odyssey that we all need. Author Kevin Greene has created a collection of short stories that rivals your favorite version of Star Trek.

Earth, as we know it today, has reached maximum capacity. There are 10 billion people occupying Earth and Luna One, a lunar colony in space. Ezekial Rollins, an innovative physicist, who became a billionaire by the age of 25, has this idea of a planet for Black people by Black people.

This hit me in the feels. Imagine, a place for Black people built by Black people. I would go there right now if given the chance. Would you? In the story, Rollins has spent his time and built his fortune creating multiple portals to colonize Mars and additional space colonies, but now he’s ready to focus on creating a better place for his own people.

It’ll take 40 years to move through various portals to get to the new planet in Rollins’s spaceship, Biko, to the new world of Kingdom. Rollins is joined by over 4,000 individuals looking for a better life than they’ve experienced on Mother Earth and her colonies. Since the ride will take 40 years, Rollins has created sleep pods so that everyone will arrive at the new planet, Kingdom, as fresh as the day they left Earth and her colonies. This background is the first vignette in the book.

The next short story introduces the thief, Lindewe, to the reader. Lindewe is a straight-up bad chick all the way around. She is brilliant, thinks quickly on her feet, and never hesitates to go after exactly what she wants. She has made quite a name for herself in the galaxy floating through space, robbing people, and adding to her own treasure trove.

When Lindewe hears about the planet Kingdom and the Biko, she sets her sights on robbing the spaceship. It’s a good plan. The residents of the ship will be asleep for the next 40 years, so it should be easy for Lindewe to get in, steal the valuables from its inhabitants, and get back to roaming the galaxy. Should be as simple as taking candy from a baby (although if you’ve ever tried to take candy from a baby or a toddler, you know it isn’t that easy). Unfortunately, for Lindewe, she fails at her mission and finds herself stuck on the Biko. Curious to know how life is for Lindewe on the Biko? You’ll enjoy this book.

Biko and the Thief has multiple short stories that take the reader along a journey through space. The first short story sets the tone and background for the remaining ones. Greene is a masterful writer, bringing to life the Biko and the dream of billionaire Rollins to create a safe place for his people.

BGN had a chance to speak with Kevin Greene, and we talked about how even one million years from now, Black people still haven’t found peace on Earth, so much so that more than 4,000 are willing to take a ship to a new land for a shot at a better life.

Greene first envisioned the characters and the quest for Kingdom in a dream and initially put them to paper in a graphic novel. It took Greene a year to write the original short story and another eight months to complete the remaining stories. He then self-published the book via Kindle Direct Publishing.

I thoroughly enjoyed the space escapade and getting lost in a new universe with Black characters as the main storytellers and not just comic relief or the quirky best friend. Everyone will be able to see themselves in various characters throughout the short stories presented. Greene does a great job pulling you into the tension and desperation of Lindewe in multiple scenes. You can feel her rage coming off the page as she realizes that the Biko is now her home for the next 40 years. Lindewe must decide if she is going to wallow in self-pity or figure out a way to make the best of her fateful decision.

The only issue that I had when I finished the novel was that I wanted more. However, the ending was a perfect set-up for a sequel or even a trilogy. I am keeping my fingers and toes crossed for more adventures of Biko and the Thief, which you can pick up on Amazon.