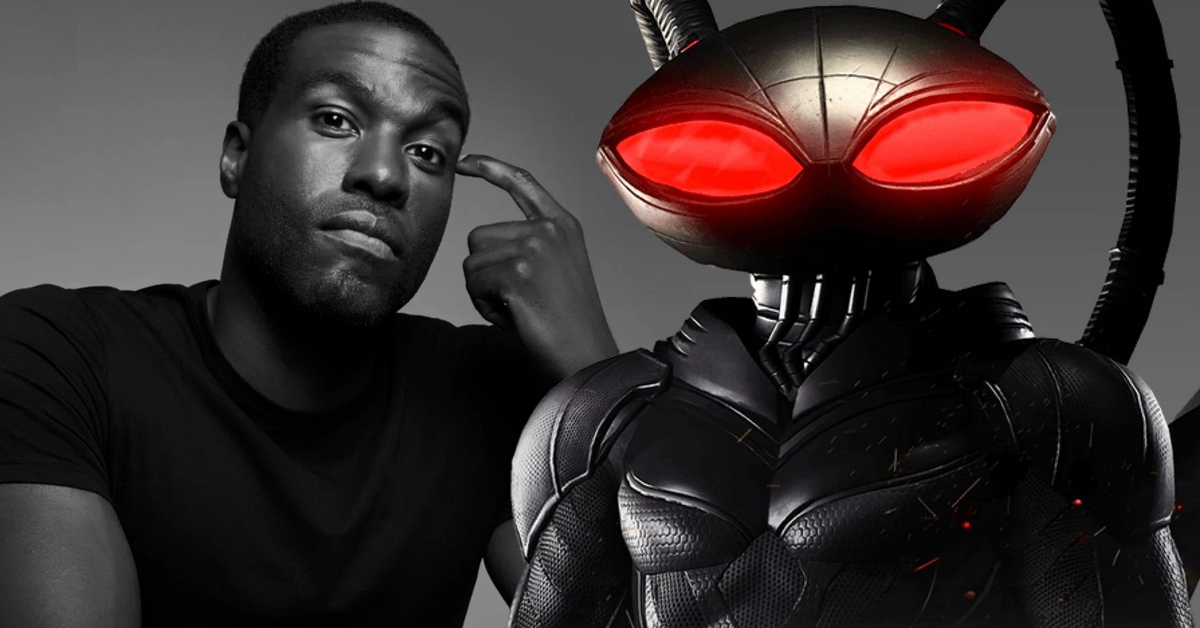 2018’s Aquaman introduced a villain that probably isn’t well-known to the DCEU audience, yet the connoisseurs of comic books recognized the black suit and bug-eyed helmet almost instantly. Of course, we’re talking about Black Manta, Aquaman’s greatest and most menacing foe, portrayed by Yahya Abdul-Mateen II. Still, even those who immediately recognized one of the best and most iconic super-villains don’t know his true origin story and the Black separatism that goes along with it.

It’s hard to tell which Black Manta origin story is true since DC Comics retconned his origin several times over the years. The character first appeared in Aquaman #35 issued in 1967 and quickly established himself as Aquaman’s archnemesis, capable of inflicting great harm upon the superhero. Though very little was known about the character and his background, apart from the fact that he wants to defeat Aquaman and gain power for himself through the conquest of Atlantis, DC Comics regularly used Black Manta to paint a stark picture between Aquaman’s heroics and the antics of a true villain. The two have clashed ever since.

However, during one of their clashes, in the Adventure Comics #452 issued in 1977, ten years after introducing the character, Black Manta removes his bug-eyed helmet revealing why he named himself Black Manta — he’s Black. Black Manta’s ethnicity isn’t all that surprising since there are numerous African American/Black superheroes and villains within the worlds of comics. But his mission, as stated by Black Manta himself, is to conquer Atlantis and have Black people dominate the ocean after being oppressed for centuries on dry land. Coincidentally, his mission also coincides with one of his origin stories.

Black Manta’s initial origin story was introduced in issue #6 of 1993’s Aquaman comic book series, in which the character reveals his origin through a series of flashbacks. Manta was a young African American boy kidnapped by sailors while playing at the docks. He was forced to work on the ship for an unspecified amount of time, often starved and physically abused — so it’s pretty obvious that his life suddenly took a sharp turn for the worse.

One day, he saw Aquaman swimming with dolphins while cleaning the deck and tried calling the King of Atlantis for help. But, unfortunately, as his cries for help went unheard, the boy plunged into hatred towards the sea and Aquaman as its representative. Left with no one but himself to rely on and forced into self-defense, the boy killed his tormentors with a knife, becoming determined to become the master of the sea, which brought him nothing but misery, pain, and suffering.

Another origin story was introduced years later, in issue #8 of the 2003 Aquaman comic book series, in which Black Manta was an autistic orphan named David, placed in Gotham’s Arkham Asylum. This version isn’t any less grim than the previous, as even the touch of cotton sheets in Arkham felt excruciatingly painful to the boy, and they continuously experimented on him. However, as opposed to the torments of being restrained to the cotton-sheeted bed and smothered with a pillow until he passed out every night, David only felt comfortable while submerged in the freezing cold water.

One of the experimental treatments he was subjected to cleared the boy’s head, enhancing his strength and reflexes while also making him incredibly violent as a result. Fueled by violent rage and endowed with newfound strength David killed the very scientist who administered the treatment and escaped Arkham. In this version, the young Black Manta was fascinated by Aquaman after seeing him on television during his stay at the asylum.

The third origin story introduced in May 2012’s Aquaman Vol. 7 #7, in which Black Manta, named David Hyde, is a descendant of the Deserters, the lost tribe of Atlantis. His father raised him on the family fishing boat named Black Manta, from which he operated as a diver and a treasure hunter. While acting as a mercenary, David injured Thomas Curry (Aquaman’s father), who later succumbed to his injuries. Seeking revenge, Aquaman stormed the Black Manta ship and, in the rain and darkness, murdered Hyde’s father, under the assumption that he was the killer. So, David crafted weapons and armor and became the Black Manta.

It’s not unusual for comic book characters to have many different backstories over the years, especially when introduced more than 55 years ago. However, one thing persisted through his origin stories, in nearly all iterations, either directly or indirectly — his desire to take over the oceans for Black people to rule. In fact, Black Manta stated his intentions in the same issue in which he revealed his face before revealing his first origin story in the 1993’s comic book. Canonically speaking, this instance of black separatism is still tied to his original origin story.

However, there’s also some underlying character development between origin stories, and Manta’s intention to win the oceans for Black people might’ve vaned over the years. His third origin story ties him to his Atlantean ancestry, a story which is further explored in the most recent release of Black Manta comic book, Vol 1 #3, released in January 2022. In it, Black Manta is granted a vision of Atlantis before the Great Deluge. In his vision, he witnesses a tribe of his Black Atlantean ancestors abandon Atlantis and flee to Africa just before Atlan sank the city.

In the meantime, a new villain called Devil Ray (obviously a Black Manta fanboy) coordinated a series of terrorist attacks around the globe, announcing his intentions to take over the oceans for Black people, as Manta once claimed he wanted to do. Later on, the new villain told Manta that he idolized him as a child and even modeled his life after him, but had become disillusioned after realizing that Manta only ever helped himself, rather than their people.

In conclusion, Black Manta is one of the greatest comic book villains ever, right there in the same category as his better-known colleagues, such as the Joker, Lex Luthor, or Reverse-Flash. Unfortunately, outside of several animated DC series and films, and a live-action Aquaman, one of the best villains DCEU has to offer, hasn’t received much screen time. However, that’s likely to change judging by the Aquaman post-credit scene, in which Black Manta is rescued from the ocean by marine biologists. Who knows, he might even get a spin-off.