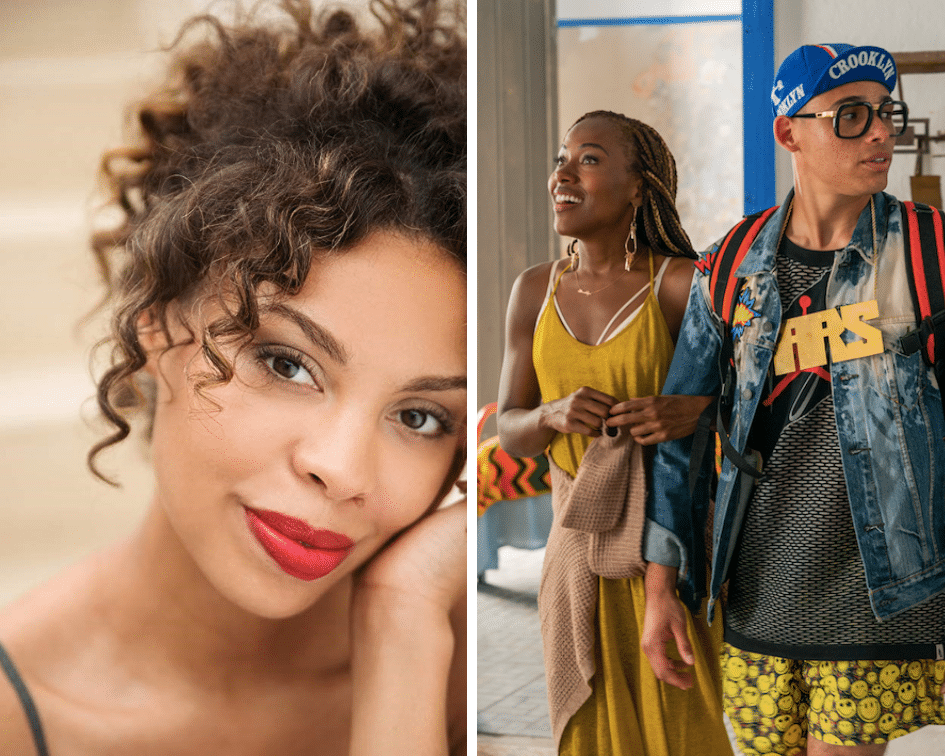 When the hit Netflix series, She’s Gotta Have It returns May 24, a new character will join Nola Darling (DeWanda Wise) and the crew.

Ciera Payton, who has appeared on HBO’s Ballers, USA Network’s Graceland, and TNT’s The Closer, will play Jameelah. In a recent BGN interview, Ciera said Jameelah will have a connection with Nola Darling’s journey to success. However, she said, “I don’t know what all I can say about my role or this season. Netflix is really hush-hush about it.”

What I can tell you about Ciera is that she was raised in New Orleans. Her first acting job was co-starring with martial arts action movie star, Steven Segal in, Flight of Fury. She is an arts education teacher and, founder of the Michael’s Daughter Project. Ciera also created Sincerely Cosmetics, a non-toxic, vegan line of cosmetics for women with sensitive skin like herself.

I talked with Ciera about her role, working with Spike Lee, Michael’s Daughter — and Maya Angelou.

How did you get the role of Jameelah?

I had always dreamed of being in a Spike Lee movie because he’s the man. I had a part in his 2013 remake of the South Korean movie, Oldboy. It was really cool working with him. After Oldboy, I auditioned for some of his other projects, but nothing happened. Last May, I was in the middle of decluttering my apartment and my agent called, saying the audition is a self-tape. Self-tape acting auditions at home are now more common in the entertainment industry than appointment auditions. My agent said, “I need you to get it done in three hours.” I was like, “What?!”

I called a friend to help me with the self-tape. I was a little frazzled at first because there was so much material. Casting called a couple of days later asking about my availability. Then, I get a call from Spike! He said, “You did a really good job with your audition. You got the part.” I said, “What?!” 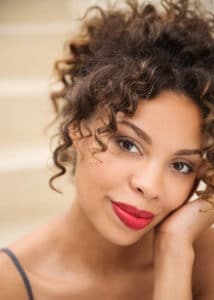 Can you tell me anything about Jameelah?

Jameelah is a powerful woman working in corporate. She is just trying to balance out how to “do the right thing” (pun intended). I enjoyed playing a role like that. It was my first time playing a character of that type. She’s a sophisticated, laid back, and strong businesswoman.

The series’ fan base from Black Girl Nerds is huge. How does it feel to be a part of the series and working with Spike and his wife, Tonya Lewis Lee, who is a co-executive producer?

They’re amazing. I was a fan of the movie and the show before getting this part. When I arrived on set for filming, it was such an awesome and surreal experience. To go from watching the series at home to being a part of the show? It’s just dope. I tip my hat off to Spike for hiring Black women writers. It was empowering to be part of a show where we share our voices and our stories. I had not experienced something like that in previous acting jobs.

Yes! There’s a lot of representation in She’s Gotta Have It. It’s shot in Brooklyn, you have Black businesses, Black makeup artists, hairstylists, you name it. I was just happy to be a part of it.

How did you get into acting?

I kind of gravitated towards the arts. I was also inspired by Maya Angelou. When I was twelve years old, I read, I Know Why the Caged Bird Sings. Maya had a challenging upbringing, and yet, she shaped and molded it into her craft. She lived a thousand lives before we knew her as Dr. Angelou. She was a dancer, singer, writer, producer. Knowing that she was raised by her grandmother in the South and been through a lot? I could relate. I’m from Louisiana, I moved around a lot, and I stayed with my mom or my dad and grandmother. I lived with my dad when I was seven years old. He struggled a lot with substance abuse and was going back and forth to jail.

Participating in the arts was a coping mechanism for me. I escaped into my imagination, and I really enjoyed it. When I was twelve, I enrolled at the New Orleans Center for Creative Arts. I knew the arts was going to be a definitive part of my life. Some of the famous alumni include Wendell Pierce, Terence Blanchard, and Branford and Wynton Marsalis. When Hurricane Katrina struck, my family moved to North Carolina. I attended the University of North Carolina School of the Arts in Winston-Salem. During my sophomore year, I got my first acting job in a Steven Segal movie. I felt that was a confirmation from God, telling me that I was on the right track.

When I was a college freshman, I lip-synched Yolanda Adams’ song Still I Rise for a class assignment. The teacher liked it and told me Maya Angelou lived in Winston-Salem and I should try to meet her. I looked up her contact information at Wake Forest University, and I called, emailed, and faxed her for two years. My chancellor got an invitation to a gala at her home, and he took two students. I was one of them. I was excited and scared. At one point, my chancellor told me Dr. Angelou was sitting by herself and I should go talk to her. I introduced myself, and we ended up talking for two hours straight! I also took her poetry class.

That’s amazing! Tell me about the Michael’s Daughter Project.

When I was 16, I was a teacher’s assistant for a nonprofit organization. We worked with inner-city girls whose parents were incarcerated. The girls had ended up in group homes or foster care. They used art as therapy, writing plays, then acting them out. I enjoyed it because it was a healing tool for me. As I got older, I was working with various organizations in New York. When I moved to Los Angeles, I felt it was time to write my own work. I wrote and produced a one-woman show called Michael’s Daughter, which was consisted of the prison letters between me and my dad. It recounted my dad’s life and my life as a girl growing into womanhood. I eventually find the strength to forgive my father. I toured in New York and LA, and people were telling me about their stories. I knew I had to take it further than the play, so I created the Michael’s Daughter Project. We’re funded by the City of Los Angeles Department of Cultural Arts. It’s an annual, multimedia summer camp. The kids started with writing plays about what they go through. We started making short films. They get to watch their completed films at the Regency Theatre in Van Nuys. It’s very cool.

The Netflix original series She’s Gotta Have It premieres May 24.