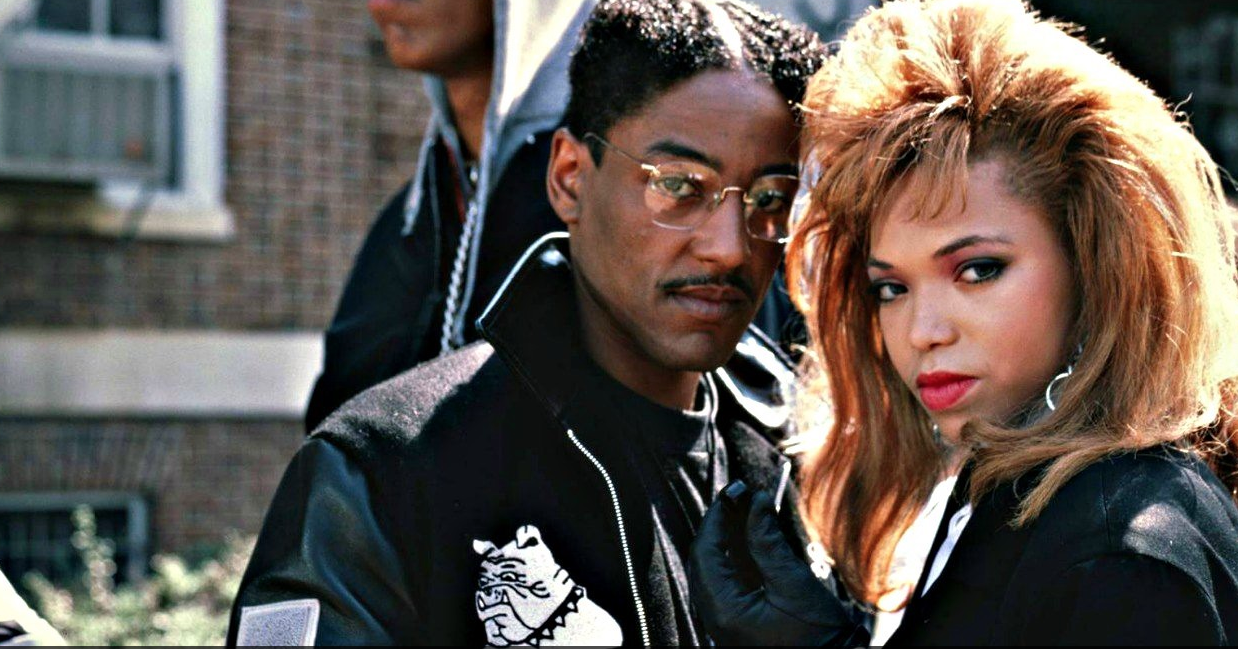 Say what you will about Spike Lee, the Brooklyn-born filmmaker has never done anything in half measures.

If Lee is going to make a film about a Black policeman infiltrating the Ku Klux Klan, this film is going to be more bombastic than its source material — it will have more explosions and more romance and be more delightfully cinematic. Granted, in the case of BlacKkKlansman, this kind of cinematic aggrandizement of its protagonist might have seemed like wholesale fabrication to other Black politically minded filmmakers, but you can’t say the potential propaganda was boring.

Regardless of the veracity of his story, Lee has a flair for the visual and an acute sense of mood. Stylistically, it’s easy to point out some of Lee’s mainstays: the roving dolly shot; the fourth-wall breaks; and, perhaps most importantly, the valedictory political message. It’s hard to imagine any Lee film without them, and 1988’s School Daze, Lee’s second feature, seems to be where these stylistic and thematic choices first coalesced.

Critics did not appreciate it at the time, and there is decent reasoning for that, as I will expand upon below. But as an artifact of a young Lee’s career and as a sign of a young filmmaker budding into the provocative, politically minded artist he would become, School Daze is an experimental, painfully insightful exploration of colorism and the supposedly waning need for historically Black colleges and universities (HBCUs).

The colorism School Daze tackles is often hard to watch. This has to do not (so much) with the style but more with the substance. Watching the respective groups of Vaughn “Dap” Dunlap (Laurence Fishburne) and Julian “Dean Big Brother Almighty” Eaves (Giancarlo Esposito) trade barbs of “sellout” and “j*ggaboo” and nearly come to blows is painful. Watching Jane Toussaint (Tisha Campbell) and Rachel Meadows (Kyme) have an admittedly jaunty time taunting each other about “good hair” and blue-eyed contacts gets you moving and moves you as well.

School Daze is Lee’s first film after She’s Gotta Have It (1986) and immediately precedes Do the Right Thing (1989). It acts as a connective tissue of sorts, bridging Lee’s activism and provocative social commentary and his ever-present sense of experimentation and trying whatever might work. When School Daze gets hard to watch stylistically, however, it is because of this very same experimentation.

Contemporary critics largely gave the film middling reviews because School Daze largely cannot decide if it is a Grease-like musical set on an HBCU, one where the songs propel the plot and/or explain character motivations, or simply a film that occasionally lapses into unjustified musicality.

Take the talent show portion. Campbell’s “Wannabes” sing a song about not wanting to be alone tonight. It’s nice. It’s hip and funky, and CHIC’s Raymond Jones even composed the whole thing. Cool. The problem, though, is that the song has nothing to do with the plot. And the scene isn’t interspersed with moments that propel the plot forward, either. We’re just watching Campbell show us that she’s got a great set of pipes and record labels should take notice.

This was less the case with other musical set pieces. “I Can Only Be Me,” although not plot relevant, is thematically germane — as in, one can only be themself, have the eye color/hair/lips they were born with, etc. That said, the scenes spliced in don’t seem to relate much to the theme (I can only be me, and also here’s Fishburne and Kyme getting it on).

Finally, the step performance scene is one that includes key players and contains diegetic music, but the narrative consequences are negligible. Yes, Dap’s and Julian’s groups fight, but the fight doesn’t result in anything beyond that; no stakes are raised and no relationships are changed due to this exchange.

Besides these hiccups, School Daze is an admirable sophomore effort that attempts many things Lee would later perfect. Worth mentioning as well are the film’s comments on divestment from then-apartheid South Africa. Lee concocts a compelling reason for the film’s fictional HBCU Mission College to accept financing from persons still doing business with the South African government — namely, no one else is funding HBCUs.

Historically Black institutions increasingly seem to be a relic of the past; not even Black America appears particularly interested in monetary sponsorship. Chairman of the board of trustees Cedar Cloud (Art Evans) laments that the Mormons have Brigham Young University, Jewish people have Yeshiva, and white Americans have everything else; why won’t Black Americans invest in a spot all our own? The film seems to answer that with: Though we are a people united by skin color and shared experience, we are a people divided by white supremacist, colorist notions of Eurocentric beauty and bourgeoisie class distinctions. Whether the complete overhaul of this mindset is possible, the film never explicitly states. As far as how to achieve such unity, the film simply exhorts us to wake up.

That School Daze is something of a structural mess should not detract (at least not too much) from one’s enjoyment of it. It ends abruptly in a way that almost makes me wonder if they ran out of financing. A big thing that’s never resolved is Jane’s sexual assault via coercion from her boyfriend. Dap is somehow able to intuit that Half-Pint (Lee) has done something wrong by sleeping with Julian’s girlfriend, but based on the information he knows, the scene can also be read as him simply being mad at Half-Pint and the rest of Julian’s fraternity for breaking the sacred mores of monogamy.

In her essay “Selling Hot P***y,” bell hooks claimed the film undercut its potential to disrupt harmful notions about Black bodies and beauty, with its “overall sexual humiliation and abuse of [B]lack females.” While I would argue that consensual, loving sex and relationships between Black men and women were portrayed in scenes involving Dap and Rachel, this does not override the fact that, of all the characters, Jane seems to be singularly “punished” via assault and gaslighting for her sin of buying into pernicious, ubiquitous Eurocentric beauty standards. Julian himself, arguably the main male antagonist, never receives such a brutal comeuppance.

School Daze is a mixed bag. One part musical, one part comedy, one part soap opera, wholly politically pertinent, it is worth a viewing if only to see Lee growing into the director who would, one year later, make one of America’s most salient, enduring commentaries on contemporary race relations. School Daze is not always perfect — indeed, at times it’s a mess — but you can’t say the film bores or fails to get an audience reaction. It’s hard not to feel more enlivened — more awake — after a viewing.