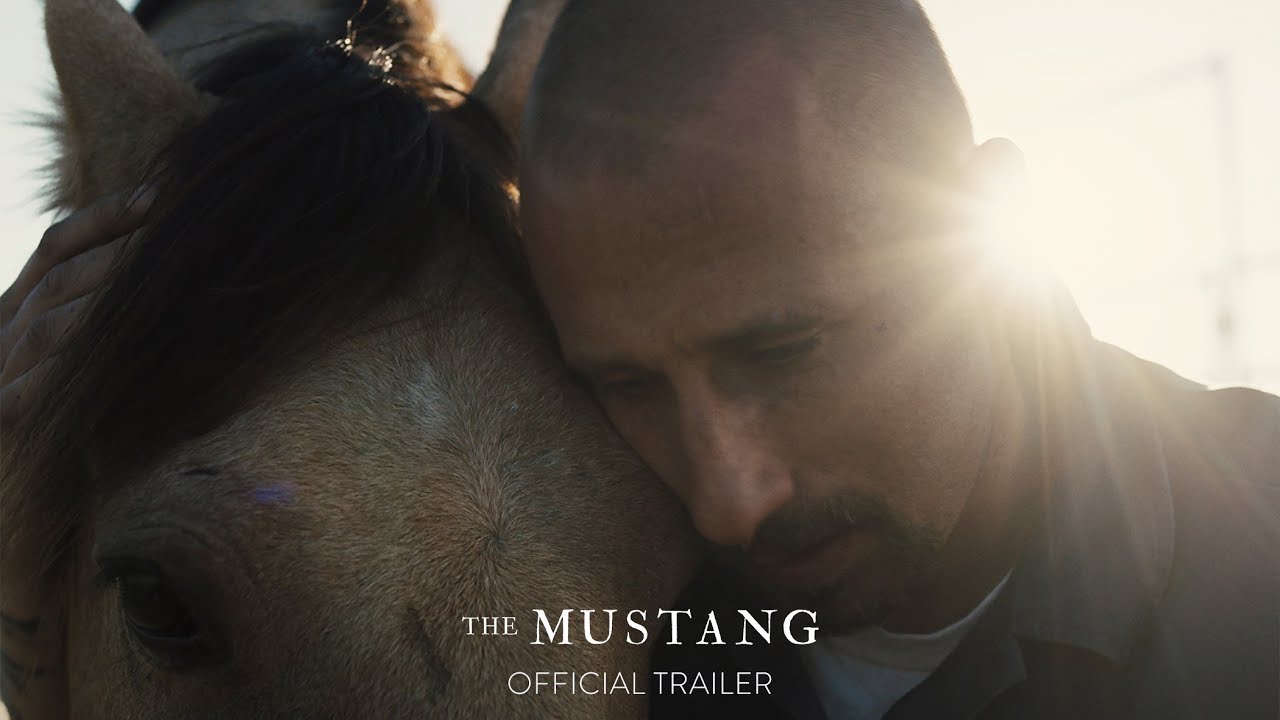 Laure de Clermont-Tonnerre cowrote and directed The Mustang, a tale about wild horses in the American Southwest and the men who train them. Aside from the glaring parallelism between the federal program on taming wild mustangs and the inmate trainers who are charged with “breaking,” the film is about one man’s journey to reconcile his own guilt. One look at the film trailer creates a few assumptions that Laure was quick to dispel in the interview and in her film.

I eagerly talked to her about Magical Negro tropes, the problem of Black men in prison movies, and the loveable prisoner trap that no one really falls for. All of these are the pitfalls of your stereotypical “prison” movie, perpetuated by the Shawshank Redemption remakes over the years. With The Mustang, Laure worked to not only create a film that was as close to reality as possible, but it would also be on that challenged our current ideas of what prison really does for and to the inmates inside.

I had to ask Laure how she got such authenticity in her film. She revealed that she spent months in Riker’s prison, doing research and filming a documentary Rabbit in 2014. It is a short film that also juxtaposes the keeping of an animal with the plight of an imprisoned person. During that time, Laure got to talk to inmates and to get to know a lot about life inside a prison. This research is what guided her as she directed The Mustang. 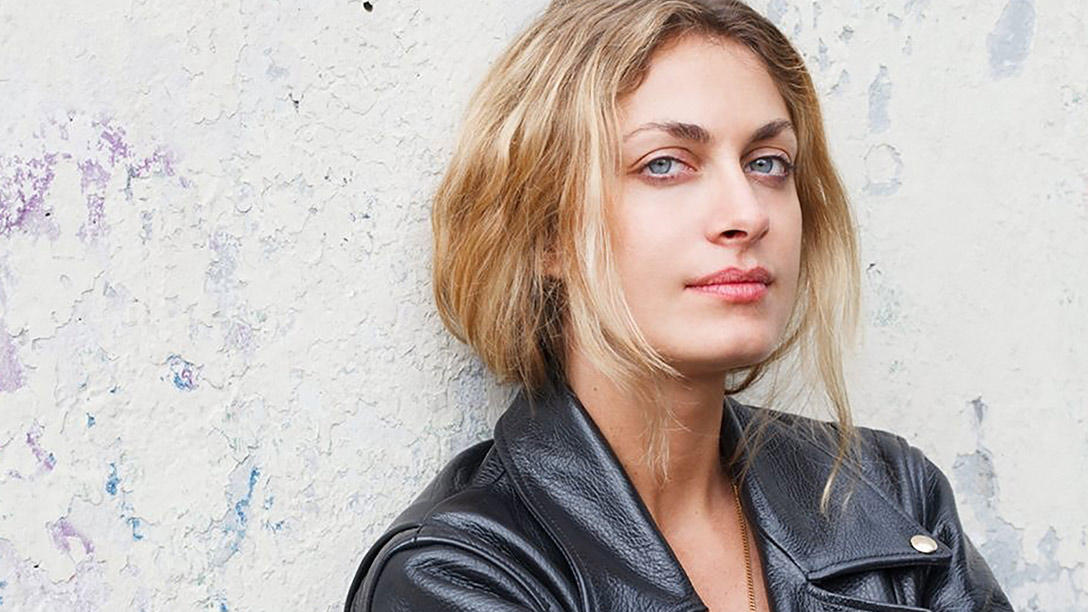 She talked about wanting a real look at prison, one that wasn’t hindered by all the things we confuse with reality. This is the reason that we get the main character Roman’s story presented in a manner that seems odd at first. He comes in enraged and unapologetic about his crime, but he has definitely created a crime. His anger, however, is turned inward on himself. His goal, to punish himself. These are all human traits that the prison system turns into something else. There, his rage makes Roman (Matthias Schoenaerts) a bad man, a man who must be put into solitary confinement. But Laure says it is important to remember that he is human. And, that his rage is a human reaction to his crime. Roman and the audience discover this while he goes through the mustang training program.

The information about Roman and his crime is teased out slowly, just as it is with a real relationship with an inmate. Laure says that she intentional only reveals what Roman wants to which is another way that narrative resembles an interaction with an inmate. They only give you so much of the story until you have enough trust built up to get the whole story.

One of the things that stood out most was how The Mustang upends typical prison drama tropes. Henry, played by Jason Mitchell, is set up to be the typical Magical Negro of the film. That is the sage, more experienced Black prisoner who helps the newbie learn the ropes and protects him from trouble. However, Laure uses this trope as a foil for Henry in a way that is unexpected in this narrative. Henry’s magical negro act is purely that. We find this out when Roman does and just before he gets into trouble himself.

Another trope in prison movies is one that centers whiteness as the least violent and most targeted people in the yard. Laure upends this trope by making The Mustang villain Dan, played by Josh Stewart. Dan is a drug-addicted sadistic man who plays a role typically reserved for black or Latinx characters. Or, for white prisoners affiliated with hate groups (so we’ll know they are truly evil, I guess). Laure makes her villain another man with a human need — addiction — and a vile way of filling that need. 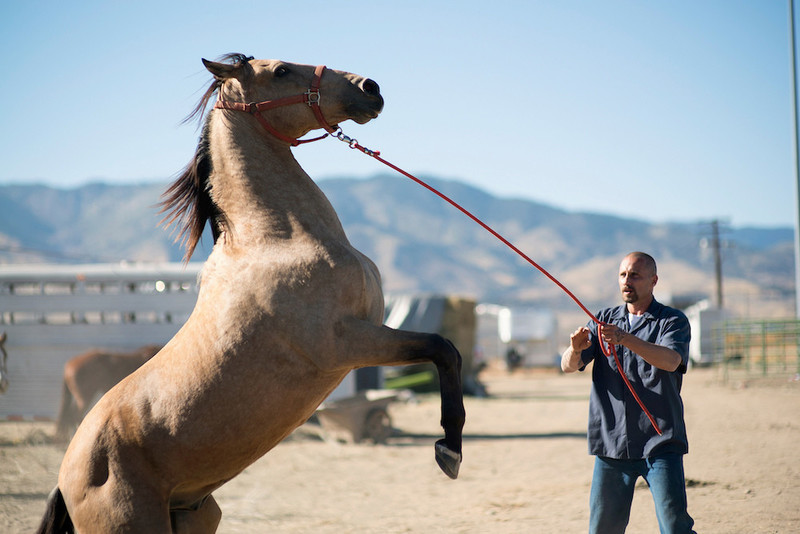 The Animals are Not Fluffy Either

We never fall in love with Roman or start doubting his innocence. At no time does the film try to frame his interactions with the Mustangs as cute or adorable. In fact, I had to ask Laure about one particularly brutal scene that will make the audience gasp in theaters. It is staged, she says, and “no horses were harmed.” This prison drama is a man’s journey to reconcile himself with his own actions, which is the crime that sent him to prison. His daughter (played by Gideon Adlon of Blockers) makes several visits and he is vile to her. The only person that Roman seems to relate to, eventually, is the horse.

However, there is this moment of breakthrough that Laure says needed to happen. It shows how beneficial the beasts are to the man. Later on, we see that the benefit is reciprocated. In doing so, Roman gets in touch with his humanity and nothing more.

In ‘Tyrel’ Jason Mitchell is Not Your Typical “Black Friend”