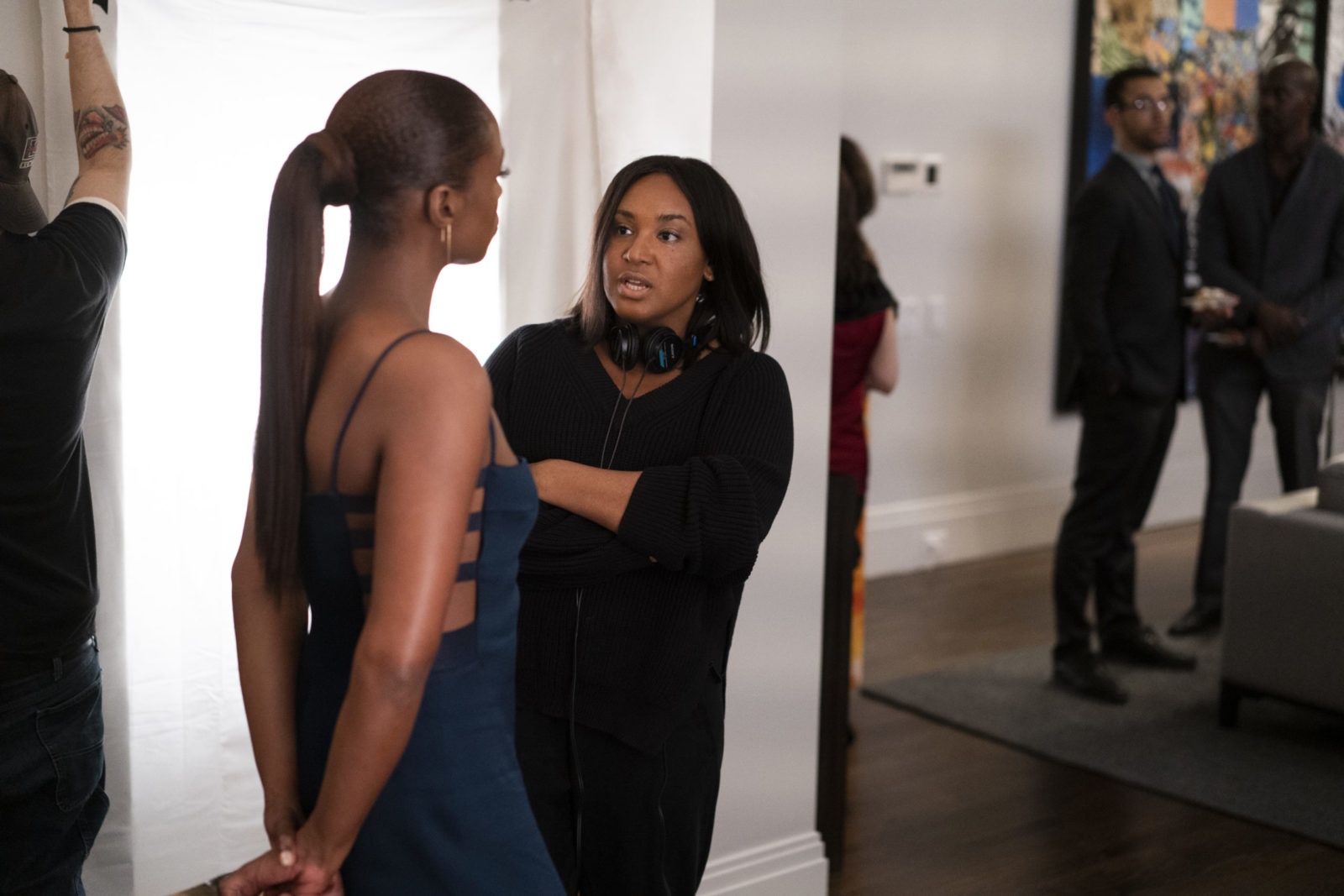 It’s not often that lovers of romantic dramas get the opportunity to see positive romantic relationships between Black people personified on screen.

Of course, there are the classic staples of beautiful Black love showcased in the popular films like Love Jones and Love & Basketball, which audiences fell in love with. The popularity of these films may quite possibly be a direct result of the lack of films that depict multidimensional, intellect people of color who happen to fall in love on screen.

The Photograph stars Issa Rae, LaKeith Stanfield, Teyonah Parris, and Chelsea Peretti, amongst others. The film centers on intertwining love stories in the past and present. Stella Meghie, the director and writer of the film, is also executive producing the project alongside Will Packer Productions’ James Lopez. Rae will also executive produce the project as well. Additionally, senior VP of production Sara Scott and creative executive Mika Pryce will oversee production for Universal. Meghie recently sat down with Black Girl Nerds to discuss the film.

Meghie succinctly discussed the importance of Black women telling their own love stories, her reasoning for choosing the leads that she did in her film, and her desire to showcase the Black middle class.

In the context of love and storytelling, how important is it for Black women to tell their own love stories?

You are both the director and the writer of the script for this film. Where did your inspiration for the story of The Photograph come from?

One part of the story is this love story of this man who hasn’t seen this woman in 30 years. That part of the storyline wasn’t necessarily like a romantic love. I was thinking about my grandmother and a daughter that she hadn’t seen in 30 years that she was separated from when she was younger. I began to think, What would it be like to not see someone that you think about every day? I applied that feeling to Isaac and Christina. How would they think about someone they loved and lost over the years? Then, I applied concepts from different romantic histories and slid in there some experiences from my own life.

What films inspired the way that you chose to depict love in this film?

Love Jones, for sure. I was 16 watching Love Jones on repeat. The characters were adults with that adult, very sexy, intellectual, sophisticated kind of love. That movie shaped me a lot, because I used to watch that when I was younger. Love & Basketball was a big thing for me. Gina Prince-Bythewood is an inspiration. I’m a romance buff. I love a good romantic drama. I love and watch Pride and Prejudice all the time. I love Nancy Myers. If there’s a romance on, I’m probably watching it.

Both of the leads in this film are brown-skinned Black people with no ambiguity to their identities. How deliberate were you about casting two leads both with darker-hued complexions?

Yes, absolutely I was deliberate about that. We’re all a big family of different complexions, but it was important for me to have a brown-skinned girl play Mae, and the same for Michael. Unfortunately, it’s not seen a lot. So, it meant a lot for me to present that. I was pretty stern about that.

In the film, one of the Black leads is an art curator and the other is a journalist. An art curator archives history. What was the inspiration behind this character, and how is it tied to the storyline?

I wanted her to be close to her mother in a certain way, and her mother was a photographer. In the script, I referenced Carrie Mae Weems as an inspiration for that character. I imagine her daughter, not being an artist yet wanting to be close to her mother. Growing up in the art world in New York, this is something she fell in love with and took on as her career. We hired a young woman named Jade, an up-and-coming photographer in New York, 21 years old. I wanted the voice of Christina’s photography to be the voice of a real young Black woman photographer.

How important is it for larger audiences to a Black upper middle class love story and lifestyle on screen?

I think it’s important to see all walks of life for African-American people. That’s something that is always on my mind, because usually it’s kind of monolithic. I draw from my own experience.  I grew up middle class and so those are the characters I write about. This film is interesting, because the past is set in a very different economic background than the present. There’s two perspectives.

In reference to inclusion in the industry, what does inclusion look like, and what would it take for us to truly get there?

It’s going to have be more than like 5% women in the DGA to start. I don’t know if that’s the number, but it’s low. I think it’s around that for women of color at least. I don’t know. The studios and money people need to just step up and give more money to women and hire more women. We have to make our own projects.

The Photograph is set to release in theaters nationwide on February 14, 2020.