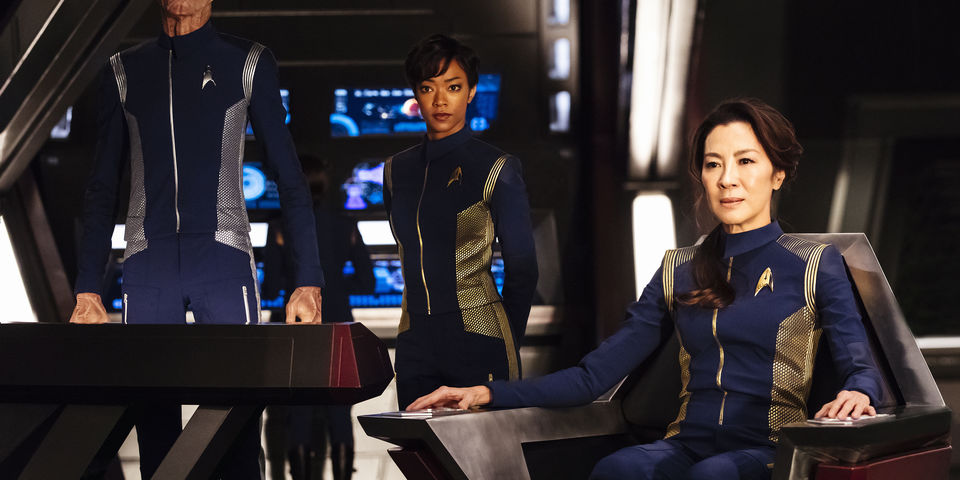 In Latonya Pennington’s article, White Men Don’t Own Nerd Culture, And I’m Not Stealing It, she sums up in a nutshell what’s been happening for ages within geek culture – white men act as gatekeepers to anything even slightly nerd related and then shriek like wounded vultures when anyone they deem an “other” tries to infiltrate their sacred space. They treat nerd culture like something they created for themselves and claim that this culture is being appropriated by anyone who doesn’t fit their demographic (but how can a dominant group within a culture claim appropriation when that is the exact opposite of what appropriation is…) This pattern crops up whenever anything other than a white man is cast or given recognition and right now the Star Trek fandom is the newest one to bear the brunt of this.

The trailer for Star Trek: Discovery was released to a wave of differing opinions (do I even need to go into detail about who has what opinions on what?) The trailer reveals two lead characters, both of whom are women of color – Captain Philippa Georgiou, (played by Michelle Yeoh) and First Officer Michael Burnham (Sonequa Martin-Green). Both characters are in positions of power – one’s a starship captain and the other is the first captain. This trailer has been a hard pill to swallow for a few outspoken internet users who have bombarded the comment section with the usual vitriol, one commenter went so far as to rename the show ‘Star Trek: Feminist Lesbian Edition.’

Honestly, we’ve seen this before so many times that it feels like it should be comical but it’s just really exhausting – how many times are these people going to cry pandering? How many times are they going to attack women of color for wanting the representation that they get spoon-fed on a daily basis? Seriously?

Michelle Yeoh came under fire for not ‘putting away’ her Malaysian accent so to speak. One outspoken hater dubbed her a reject from a customer service line. However, all these insults are ultimately outweighed by one fan’s tearful joy about how Yeoh’s accent has actually been answered prayer, something white nerds will not be able to understand in any way.

One user’s comment made a powerful statement that honestly made me wonder:

How is it that literal aliens are given precedence over women of color? Why would a fricken blue blob be better than a Black or Asian woman? Are women of color like acid to the white man’s eyes? Well I think the answer lies in that they are able to project their whiteness onto anything as long as it doesn’t have the attributable features of a person of color. This is why animated movies about inanimate objects, animals, or mythical creatures (Trolls, The Secret Life of Pets, Toy Story) can have white voice casts and nobody bats and eye. (In fact, it’s so commonplace for white people to voice characters of color that when I read that Mindy Kaling was the voice for Taffyta Muttonfudge, Wreck-It Ralph, I thought someone had vandalized the Wikipedia article).

In the first episode of Feminist Frequency’s Freq Show, Anita Saarkesian makes a point about how white actors are able to stealth into any role because we see white as the default and thereby do not notice them however, when a person of color (or worse, a WOMAN of color) is placed in that same role, their presence calls about attention and brings discomfort because they do not have whiteness to protect them from the piercing judgmental gaze or an enraged nerd who’s been pandered to his whole life so when he sees someone else being represented, he screams bloody murder.

I can remember watching Steven Universe and almost keeling over with joy over how Nanefua Pizza sounded so West African. She talked the same way my relatives talk, it felt good to know that my culture was being acknowledged in a way that wasn’t degrading and it made me realize that I should not be embarrassed about when my Nigerian accent slips out. This is what representation does, it helps us find comfort in our own skin by showing us that there are more people like us and showing others that there is nothing wrong with people who are different. (It also helps us realize that holy crap we don’t have to be typecast or stereotyped as the Black thug, spicy Latina, wild Native, fat Polynesian, or docile Asian).

Despite how angry these people are about Michelle Yeoh and Sonequa Martin-Green, honestly, just looking at the positive response from those who’ve been begging for this representation shows that we’re heading in the right direction and those who don’t like it can get off the ship.

How to Know You’ve Truly Healed: A Self-Healing Assessment