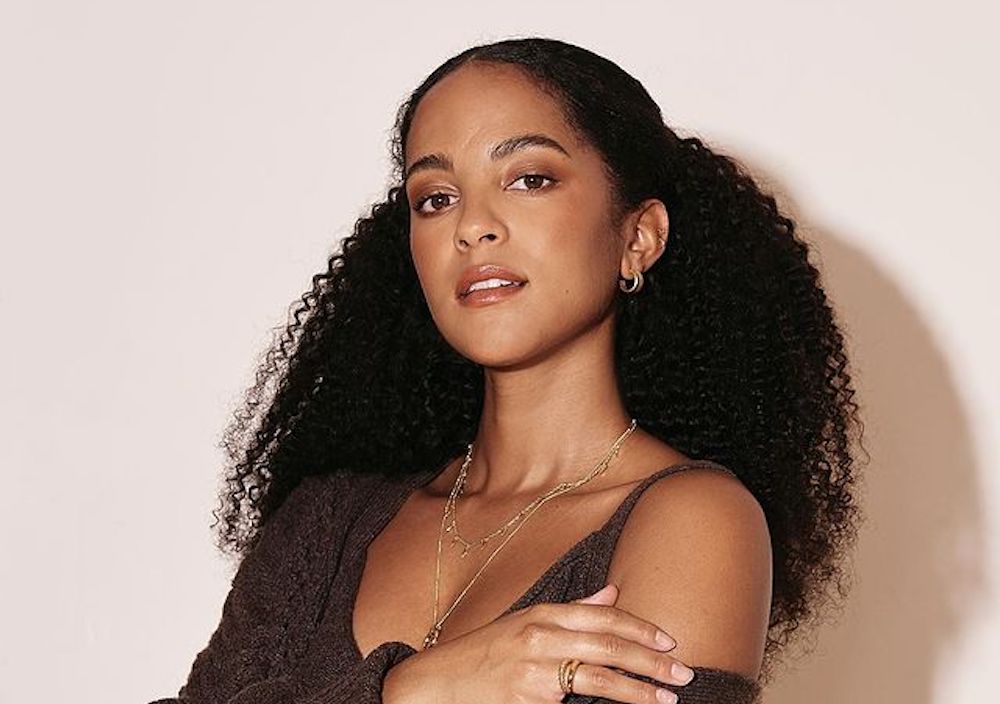 One of the biggest sci-fi TV series at the moment is definitely Foundation, which premiered on Sep. 24, 2021. The show is adapted from a series of books written between 1942 and 1993 by an American author named Isaac Asimov.

It’s about time his incredible ideas on the page were brought to life on-screen. Foundation tells the complex story of what it’s like for human beings scattered across multiple planets throughout the galaxy. They almost follow laws given to them by the Galactic Empire. Lou Llobell plays the role of Gaal Dornick in the show, and here’s what you should know about her.

The casting directors in charge of choosing stars for Foundation weren’t shy at all when it came to the notion of gender-swapping. The character Gaal Dornick was originally intended to be a male mathematician born on a planet called Synnax in the 13th millennium. Lou Llobell, who is female, was chosen for the role. This isn’t the only instance of gender-swapping to take place in the show, since we see the same thing occurring with Demerzel and Salvor Hardin.

In the show, Gaal Dornick has a much more defined backstory than in the novel series. The tension she faces between religion and science on her own planet turns her into somewhat of a pariah. Although the culture of the planet Synnax wasn’t heavily explored in the novel series, the fact that they’re shedding more light on it in Foundation adds layers to Gaal Dornick’s character, making her so much more compelling.

Llobell explained to ScreenRant, “I think the fact [that] she’s a lot more fleshed out in the series helps. I think David Goyer and the writing team have really, really done an amazing job with putting all these characters onto paper … and being able to see exactly what it is they have tried to build for these characters.“

She went on to describe her character as being a normal woman who deals with normal-life situations revolving around love and family. She explained how Dornick has a really fast-thinking brain yet also manages to handle real human emotion.

Where else do you recognize Lou Llobell from?

Lou Llobell’s leading role in Foundation is certainly going to be huge for her career as an actress, but it’s not the only place you recognize her from. In April 2021, she was part of a movie called Voyagers, which also lands in the sci-fi category. This thrilling movie is about a group of young adults embarking on an intense journey to colonize a planet far away from home. The human race is at stake, but they’re ahead of the game when it comes to survival techniques because they’ve been bred to be highly intelligent beings.

Once they uncover unsavory secrets about their mission, they wonder if they should break free and do things their own way, following their most natural and primitive desires. Llobell stars in this movie alongside Lily-Rose Depp, Colin Farrell, Quintessa Swindell, and Isaac Hempstead. These two sci-fi roles are hopefully only the beginning for Llobell.

How Lou Llobell feels about her role in Foundation

Playing a character like Gaal Dornick is an honor, as Gaal is so fascinated with one of the best backstories in the series. Decider asked Lou Llobell to elaborate on her opinion of Gaal to which she responded, “I really loved her from the get-go. I think she’s super relatable. I don’t even think I realized when I first read my audition slides that this was Foundation and that it was a massive sci-fi.”

She continued, “I read her as a human being, and it was just so wonderful to see. I think that really does reflect [in the story], and it’s so important that you have real characters with important storylines that we can all relate to something set so many years into the future.” Since Llobell relates to her character so well, she also revealed that there are multiple episodes and scenes she would classify as her favorite.

Where can you go to keep up with Lou Llobell?

Lou Llobell is pretty active on social media so keeping up with her outside of her new TV series is simple enough to do. On Twitter (@LouLlobell), she jokingly refers to herself as an “actor, plant mum, and heavyweight boxer“ with a note at the end, letting her fans know that it’s not all true.

On Instagram (@LouLlobell), she refers to herself as a “pint-sized Española,“ and she consistently posts some of the most beautiful photoshoot pictures ever. Now that the first season of Foundation has been such a huge success, Apple TV+ has already renewed it for Season 2. It will be amazing to continue seeing more of Llobell in her dynamic role, as well as in any other projects she plans to do moving forward.

The Cast of ‘Foundation’ on Fan Expectations and More!