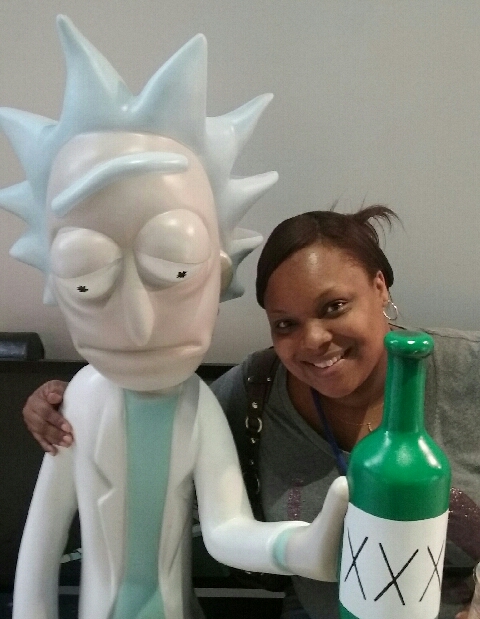 After being on hiatus for about a year and a half, we’re finally getting more Rick & Morty! Season 2 of the hit show ended in October 2015, leaving fans wondering when Season 3 would begin. Rumors swirled regarding if and when the show would ever return. Just as we began to lose all hope, the show cleverly (and without any warning) dropped the Season 3 premiere on April Fool’s Day 2017. While this was an awesome surprise for fans everywhere, it’s been the only episode of Season 3 to air so far. But the premiere has definitely left us wanting more.

If you’re not familiar with Rick & Morty, you’ve definitely been missing out. It’s in a class by itself; I honestly cannot think of another show to compare it to. On the surface, it seems like just a crass show. After all, there is a lot of cursing, burping, and violence. However, underneath it all, the characters and plot of Rick & Morty are much more complex than what initially meets the eye.

Rick Sanchez, the patriarch of the family, is a drunken, insensitive (most of the time), arrogant, genius scientist. He split on his late wife and his daughter (Beth) when she was a child, but has since reentered Beth’s life and now lives with her, her husband (Jerry) and her children (Morty & Summer). Although Rick’s adventures with Morty often put the family’s lives in jeopardy, Beth always overlooks and forgives him because she is afraid he will leave her again if she does not. This often puts Beth and Jerry at odds, as Jerry feels that they should put their foot down with Rick. The couple’s fighting about Rick’s shenanigans gets so serious that in the Season 3 premiere, Beth tells Rick that “Jerry’s going to spend some time….divorced.”

Each character has their own set of challenges, insecurities, and issues. Rick, while insensitive on the outside, has shown us countless times that it’s just a front. From the time that he attempted suicide when girlfriend Unity left him heartbroken, to the time he surrendered himself to authorities in order to save his family from a life on the run, Rick has shown us that when he loves, he loves hard. It is also implicitly suggested throughout the series that he suffers from alcoholism and depression, among other things.

Beth constantly strives to win her father’s approval, even at the cost of her marriage. She is unhappy with her life in general, including her career and often her husband as well. Jerry seems to have a huge ego but secretly struggles with insecurity, especially where Rick is involved. Jerry is low-key jealous of Rick’s superior intelligence, as well as the fact that Beth loves and admires her father more than him. Surprisingly, Summer and Morty seem to be fairly well-adjusted teenagers, considering the train wreck that is their parent’s marriage. Both kids get the opportunity to bond with their grandfather during their adventures and catch glimpses of the loving guy who dwells beneath the asshole exterior.

Complexities aside, the characters of Rick & Morty and their dynamic with each other is awesome. Not to mention all of Rick’s alien friends/enemies. Rick & Morty’s ridiculous outer space adventures never disappoint. This show is truly hilarious.

Recently, rumors have resurfaced regarding whether or not Season 3 will ever actually happen. Sources allege that the creators of the show are currently at odds regarding the creative direction of the show, which has led to the delay of Season 3. I sincerely hope that these are only rumors, created to build anticipation for the show’s return, which is slated to resume this summer. So until then…

Anique Coney is a Brooklyn native living in Atlanta. When she’s not working or volunteering, she’s watching cartoons while enjoying cookies and wine. She’s a mom 24/7 and enjoys plotting world domination with her awesome kid.