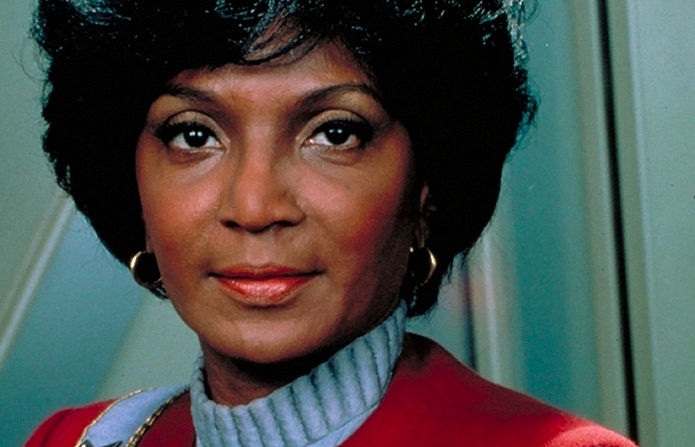 “Mama, there’s a Black lady on the TV and she ain’t no maid!”

I’m paraphrasing Whoopi Goldberg’s oft retold reaction watching the original Star Trek series and seeing Nichelle Nichols as Lieutenant Uhura for the first time. As Whoopi is partly responsible for my own entry into the world of Star Trek through TNG, I need to emphasize the chain of inspiration and both women’s influence. I’m not going to rehash Nichols’s influence regarding race on television and the Civil Rights Movement, nor the many women that went into STEM fields citing Uhura as the origin point for their decision. But I feel she needs to get credit for being more than just being a “glorified switchboard operator”.

From a military perspective, one I can give as a former intelligence analyst who’s a second-generation Army veteran, the position of Communications Officer/Operator is a vital one. Ask any active duty military member or veteran from any service across the globe and they’ll give a similar, succinct answer: Comms is God. 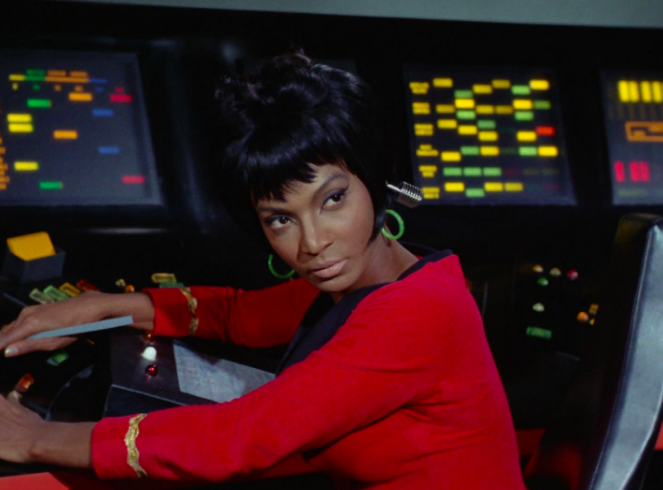 Whether it’s the radio operator calling for evacuation, the tower coordinating aircraft arrival and departures, or the submarine receiving orders to not fire, poor communication kills. Given Starfleet’s academic paramilitary structure, aside from its dedication to space exploration and integration of the global NASA-like entities, those that enlist in the future service remain the planet’s last line of defense. The military didn’t go away; it was just given a higher purpose beyond policing ourselves. But the duty of the military remains. And that is never something to be taken lightly.

The person whose job is to operate the communications device at whatever level of technology and answers directly to the commanding officer is crucial.  In what is essentially an inverse submarine aircraft carrier that’s armed for war with devastating weapons — that can destroy galaxies. If they suck at their job, everyone will hear about it. Mostly because someone died as a result. You can’t be incompetent at your job. And Lt. Uhura is far from incompetent. Part of this job involves operating a supercomputer that she’s also capable of reconfiguring and repairing. To do so, she’d need proficiency in mechanical, computer and software engineering.

Supplies and parts aren’t always on hand given the distances traveled and necessity will always be the mother of invention, so the Lt. has had many occasions to repair and rewrite code and algorithms. I’m sure duct tape is still a thing in the 23rd Century and she has a stash of it. When necessary, she also took over the bridge’s science station, navigation, and helm.

On top of all this, Uhura acts as a polyglot translator, signal intelligence analyst, and linguistic cryptography expert, in conjunction with a security clearance to make someone at the Pentagon jealous. These specializations don’t always overlap with the comms officer, probably because they’re part of the department that Uhura’s in charge of. She is the Chief Communications Officer so she’s the boss because the CCO is a position, not a rank. Starfleet operates with a ranking system similar to the U.S. Navy, which determines the vessel chain of command based on department head order. Uhura was in the line of succession for operational control of the ship should something happen to the officers ahead of her. 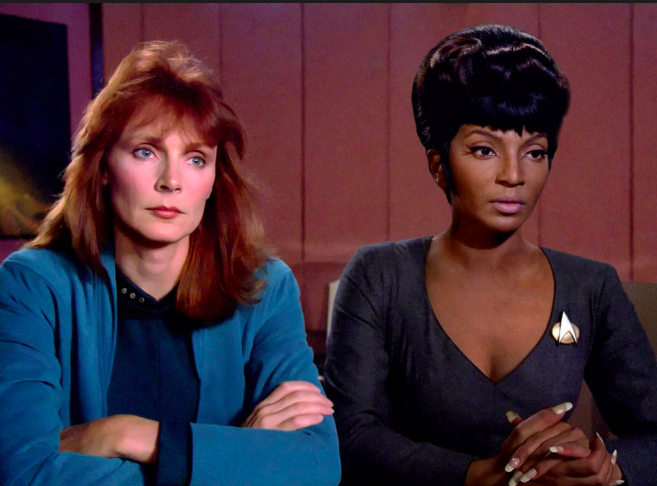 For context as to why this is important — African-American female military officers are still rare in the Armed Forces even today. From Star Trek’s debut in 1966, it took eighteen years for a Black woman to achieve the rank of General in the US Army: General Sherian Cadoria, commissioned in 1985. In 1998, the US Navy commissioned Lillian Fishburne as the first Black woman to the rank of Rear Admiral. This is all post integration of women and service members of color as part of the regular branches of the Armed Services. And unfortunately, women of color remain rare in military officer ranks or in command positions.

Lt. Nyota Uhura remains an inspiration for what can be achieved as a benchmark for how far we still have to go. Plus her varied skill set makes me think that once the news came that she was leaving the Enterprise, Admirals and Captains had fistfights over who got her next, even in a future dedicated to non-violence. She is the Audie Murphy of her time. A legend to be told.

While some might anticipate the future birth of a certain infamous Captain in Iowa because the intelligence community doesn’t lack for nerds, I look forward to the Swahili speaking queen of the Enterprise. A commander waiting in the wings for her time. A linguist unmatched by time who demonstrates that through communication, all things are possible. Uhura remains part of an ideal, the reason that so many continue to flock to the universe of Star Trek — this is the future worth fighting for. A future without borders, prejudice, poverty, and abuse.

But will you answer the call?

Diane Van Hook is a second generation Army veteran recently graduated from Western Connecticut State University with her MFA. Currently residing in Connecticut with more books than bookcases, she recently guest-posted on Sarah Darer Littman’s blog about Littman’s recent book Anything But Okay.