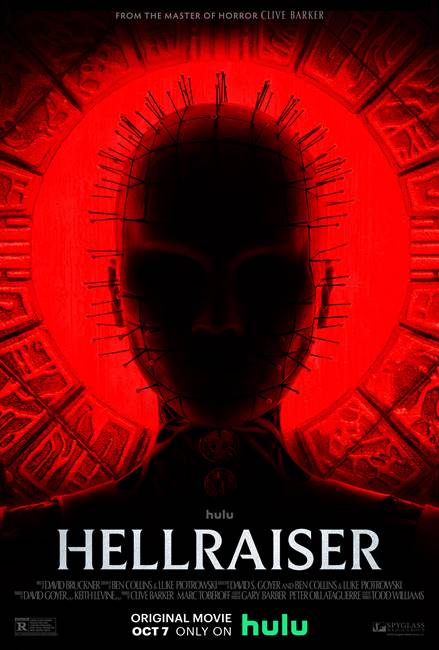 Hellraiser, a reimagining of Clive Barker’s 1987 horror classic from director David Bruckner, will debut in the U.S. exclusively on Hulu on October 7 as part of the streamer’s annual “Huluween” celebration of fright-filled content. In the all-new “Hellraiser,” a young woman struggling with addiction comes into possession of an ancient puzzle box, unaware that its purpose is to summon the Cenobites, a group of sadistic supernatural beings from another dimension.