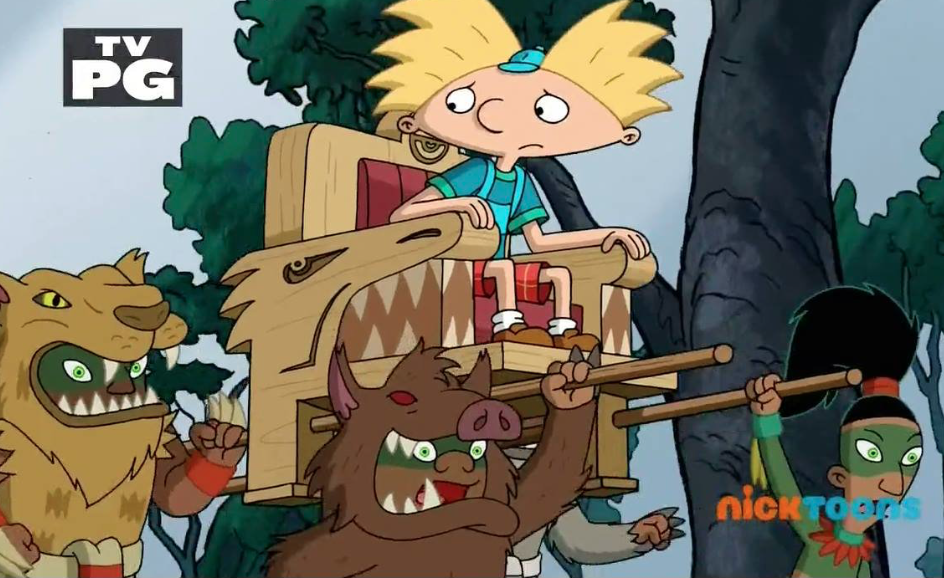 There was a lot of excitement and trepidation over the latest Hey Arnold! movie. Fans had waited a long time for answers to their lingering questions about the series-ending cliffhanger wherein Arnold’s parents disappeared. Since the series cancellation, fans have speculated and had conversations with the show’s writers about how this movie would both give the series the finale it deserved, and be a welcome addition to the Hey Arnold! canon.

The movie begins with a smooth reintroduction of all the characters, recreating the 90s vibe throughout the entire first-half. Being reminded that Arnold was such a sweet and loving kid was great, but the real star of the first-half is Helga G. Pataki. Helga has always been a wonderfully flawed character in the series. Watching both her worst and best moments was arguably the most emotionally gripping part of the series. It was through her very creepy methods that the audience was able to remember all the great things Arnold did for everyone, winning the contest to go to San Lorenzo. 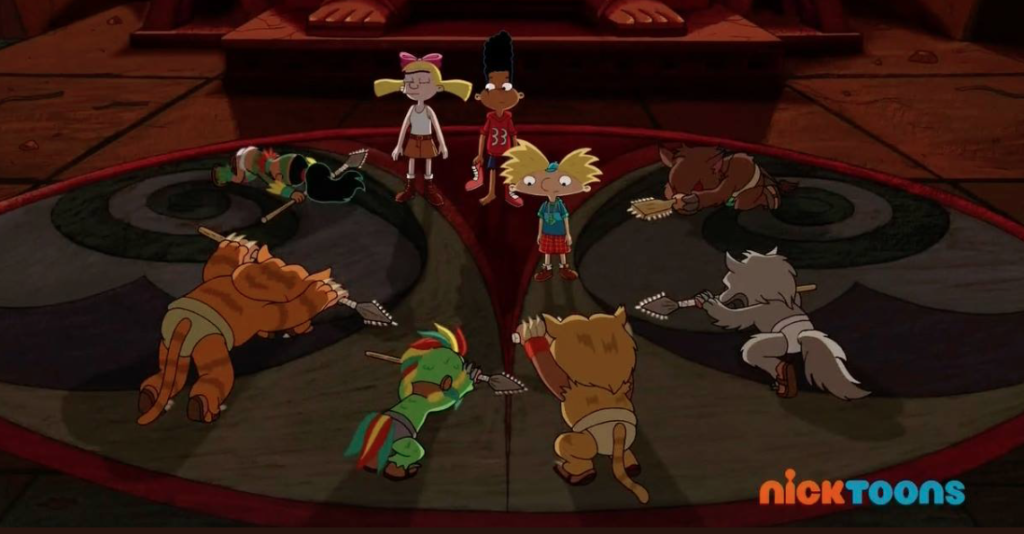 Unfortunately, the second half of the movie is where this nostalgia trip heads in a drastically different direction and becomes a bit cringe-worthy to watch. While it was nice seeing San Lorenzo as a fully actualized place that had history and culture, it was disappointing that mainly villainous brown Latinx characters were heavily featured just so that they could be coldly killed off by their leader, La Sombra. Since there were a lot of characters in the movie, it’s understandable why they didn’t get enough focus, but to treat their lives as easily disposable didn’t sit well with me.

In the ‘Hey Arnold!: The Jungle Movie’ – “The Problem with the Green-Eyed People”, I mentioned the series already planted problematic seeds of the depiction of the Green-Eyed People, and how the white savior adventure narratives perpetuate the idea that only white folks can provide resources for social progress and self-actualization. Sadly, those expectations became reality when the Green-Eyed People were first introduced in the latter half of the movie. It was very uncomfortable seeing these kids chant Arnold’s name as if he was a god – they aren’t even speaking a real language – carrying him around like he was royalty worshipping Arnold’s football-shaped head. While the build-up to the reveal of the Green-Eyed People was not surprising, it was still disappointing that this is the route the creative team behind the Hey Arnold! The Jungle Movie decided on. 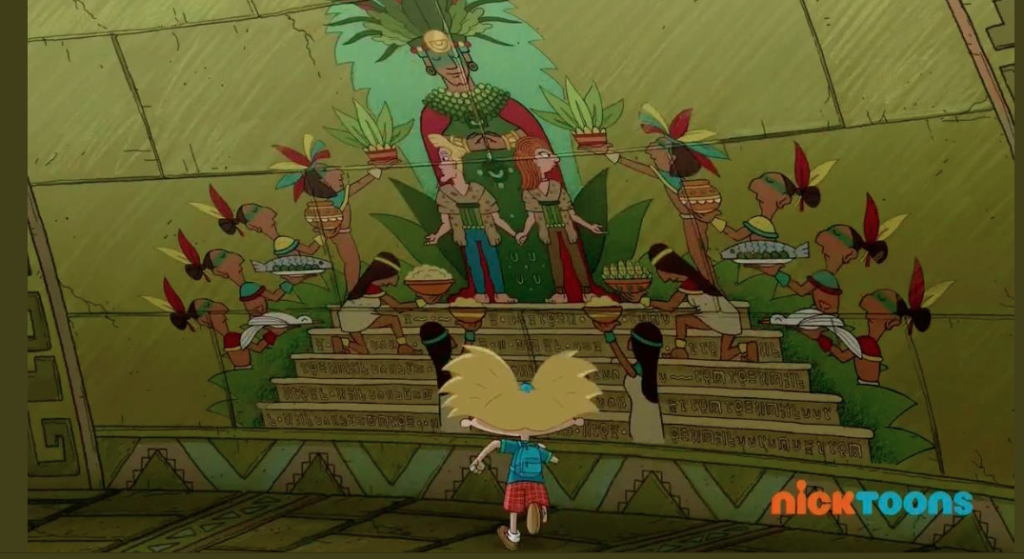 The Hey Arnold! series had been canceled for over 14 years, so I find it difficult to believe that the number of rewrites the script went through could not find ways to amend both the white savior complex and the depiction of the Green-Eyed People as fully actualized people with agency. Despite this messy setup, the one genuine aspect to come out of the final act was Helga selfless sacrifice so that Arnold and, by extension, the Green-Eyed People, could find the resolution they needed to solve their dilemmas in the movie.

Despite the problems, a majority of the Hey Arnold! The Jungle Movie was enjoyable to watch with an obviously messy finale. If this is the last time we will get anything relating to Hey Arnold! then the movie did a good job giving us the closure we deserved. But, if another season is on the horizon, the creators need to do better so that this problematic representation does not happen again.